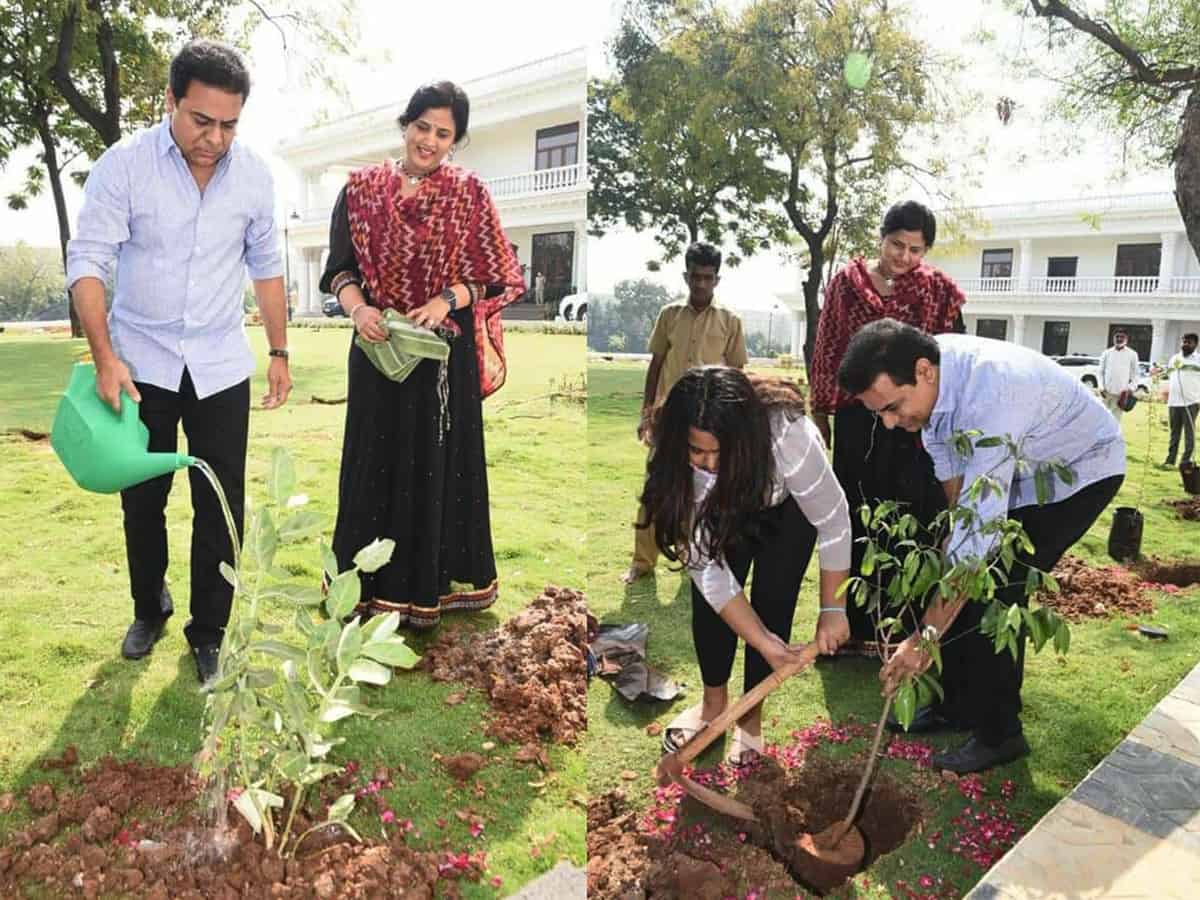 Hyderabad: A massive tree plantation drive, offering of a 2.5 kg “golden saree” to a deity and blood donation camps among other activities marked the celebration of the birthday of Telangana Chief Minister K Chandrasekar Rao, who turned 68 on Wednesday.

In a tweet, Modi said, “Greetings to Telangana CM KCR Garu on his birthday. Praying for his long and healthy life.”

An official release said the Vice-President, Modi, Shah and DMK chief M K Stalin were among those who telephoned Rao, popularly known as KCR, to wish him.

The TRS organised various programmes, including blood donation camps, on the occasion.

The tree plantation drive, ‘Koti Vriksharchana’ (planting one crore saplings), was undertaken following an appeal by TRS MP J Santosh Kumar, a close relative of Rao, as part of his “Green India Challenge”, which he has been conducting for the past few years.

State ministers and other TRS leaders took part in the plantation drive at various places in the state.

At the request of Santosh Kumar, Rao himself planted a ‘Rudraksha’ sapling, another official release said.

Kumar said reports suggested that more than one crore saplings have been planted in the state, elsewhere in the country and abroad by TRS supporters and Rao’s fans.

In a unique offering, two individuals presented a saree made of 2.5 kg gold to Goddess Yellamma at a temple at Balkampet here on the occasion of KCR’s birthday.

Talking to reporters, he said gifting of the gold saree would herald good things to the families of the two donors and to the state.