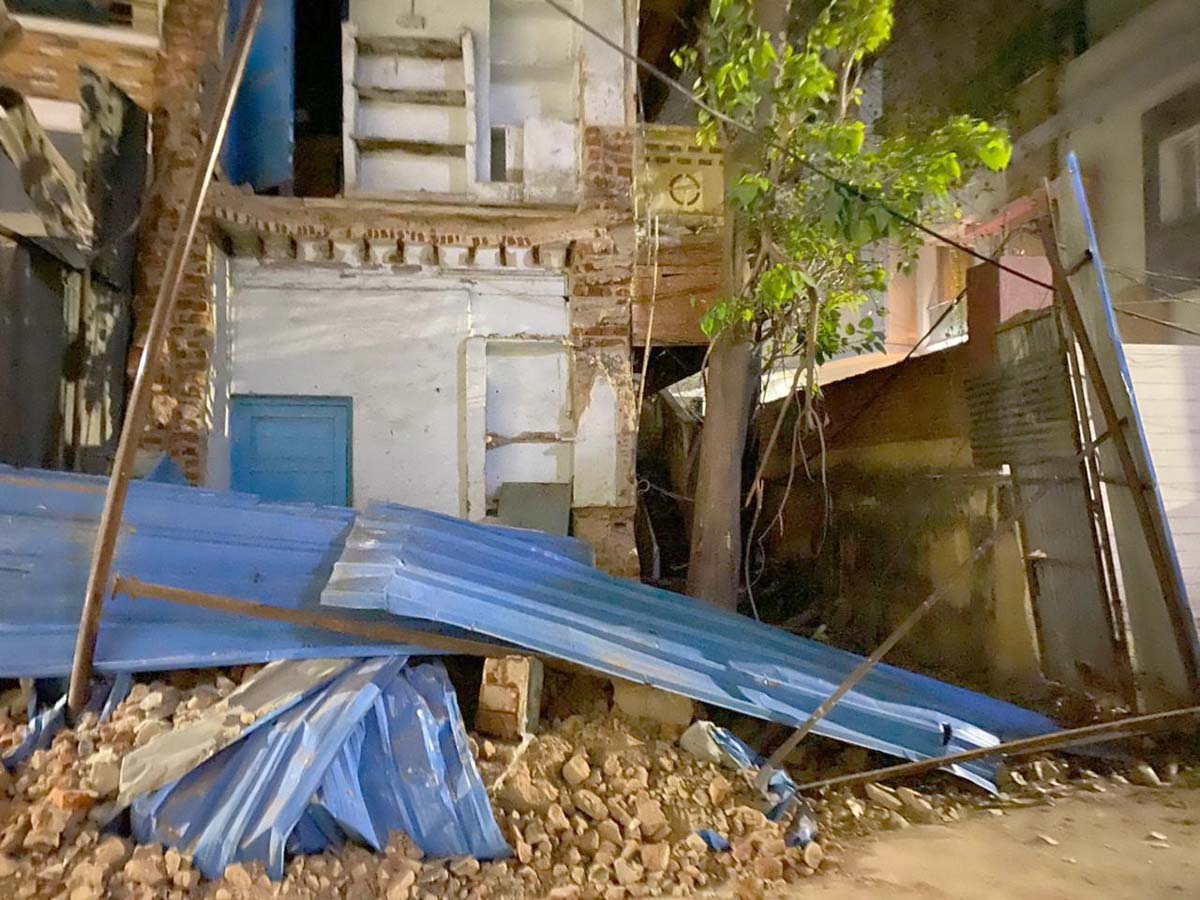 Hyderabad: Sensation prevailed at Sultan Shahi, Bela area in old city after a part of dilapidated arch (Kaman) fell on a person leaving him critically injured.

The very old arch abutting Suraj Bhan hospital, was partly demolished during the 2020- Hyderabad floods was lying neglected. On late Friday night a passerby who is identified as 28 year old Mohammed Irfan a resident of Hasan Nagar was on his way back home, when the part of arch fell on him.

During the incident the person was critically injured and the police have shifted to Government hospital. A team of Moghalpura police reached the spot.

The locals alleged that, though GHMC authorities have demolished the part of arch during the floods, but part of that was left negligently posing a danger to the public life.