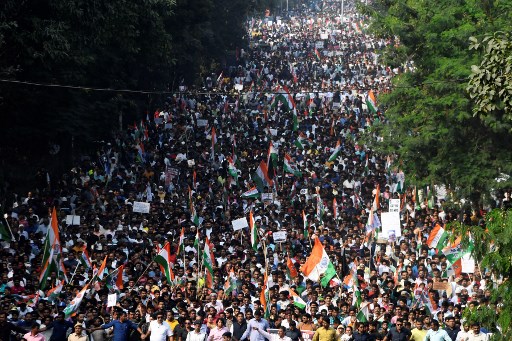 Hyderabad: About 100 workers of the Congress party and 50 from other left were arrested in Hyderabad today whilst participating and trying to enforce the Bharat Bandh call given by farmer groups, who are protesting against the Narendra Modi-led central government’s three farm laws that were passed by Parliament last year.

Despite the call for the bandh, TSRTC buses, cab services, auto-rickshaw, and other transport services were plying on the road as usual in the city. However, the movement of people was curtailed a little due to the incessant downpour due to the cyclone Gulab that has hit Hyderabad and Telangana.

Even after calls given by various trade unions in the city and across the state, all commercial establishments and business houses were operating normally. In response to this, workers of many parties hit the roads trying to enforce strict compliance with the band.

Telangana Pradesh Congress Committee spokesperson Syed Nizamuddin said that all the parties called for the Bharat Bandh and it happened successfully. However, the police stopped some workers from enforcing the band by arresting them.

Shaikh Mahamood from the communist party of India (CPI) said that at Koti, crossroads, workers of left parties, Congress, Telangana Janasena (TJS), and Telugu Desam Party (TDP) were detained by the police. He said that about 50 political workers were arrested and kept at the Afzalgunj police station.