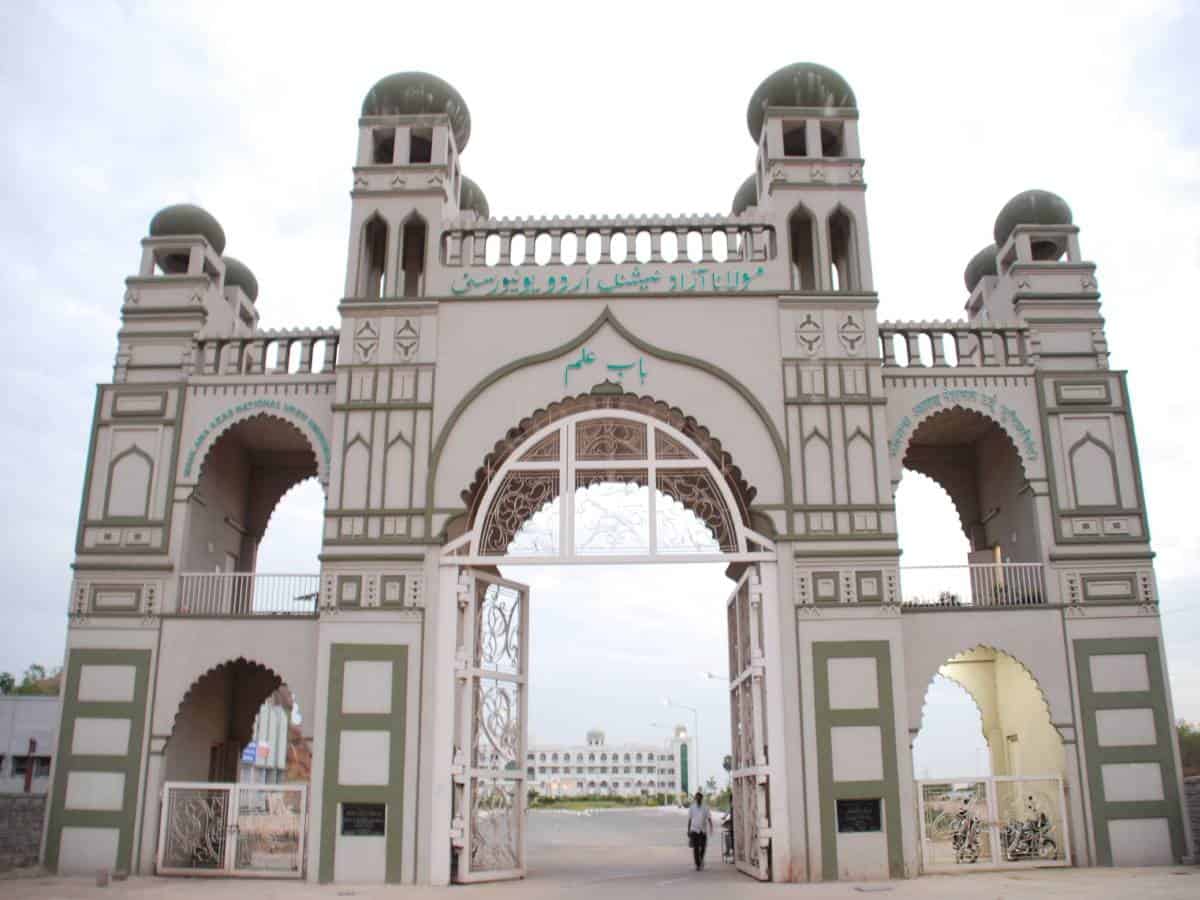 Hyderabad: As many as 70,000 distance students of Maulana Azad Urdu University (MANUU) have been waiting for over a year now for the university to hold the distance-mode exams. The Student Islamic Organization (SIO) MANUU demanded the exams be conducted immediately.

SIO MANUU accused the University of “institutional discrimination against students of a particular stream during the pandemic crisis thus further marginalizing them.”

According to Abdul Qavi Adil, president of SIO MANUU, final year students of both UG and PG pursuing education via distance mode are unable to enroll in higher education as their exams have been time and again cancelled. The newly released exam schedule has completely ignored this issue too, he said. The batch 2020-2021 is experiencing the same fate.

Faraz, a distance student from Nizamabad, who’s been waiting for exams to be conducted for two years now, told siasat.com: “University exam board is continuously postponing UG final year exams which are affecting many students. We students have just been waiting for the past 2 years to appear for the exam.”

He added that due to this extension, two years of their lives have been wasted and they can’t even get a job as a student without a graduation degree is not able to opt for higher studies nor apply for a proper job.

“University is not taking any action nor showing any concern towards conducting exams. We see many other universities offering distance courses have conducted exams for final year students using online modes in order to save students from wasting years. But in the case of MANUU, we don’t see any action from the management,” another distance student from MANUU, Adnan (name changed) said.

SIO MANUU stated that pushing the Directorate for Distance Education to the margins and administration’s ignorance endangers not only the university but also the future of hundreds of students from low socioeconomic backgrounds. SIO said that they sent several letters to the directorate of distance education and demanded to take some immediate action to resolve this issue and launched online campaigns also to mobilize the student’s fraternity to the seriousness of the issue.

SIO asserted that if the seriousness of the issue is not considered, it will raise this issue and will start a protest at the national level.

Doing the best we can: MANUU

Speaking to Siasat.com, Professor Abdul Kalam, director of distance education, MANUU said that they have been ready to conduct exams since March 2020, but there are multiple factors that affect the postponement. “We are doing the best we can from our side, but the situation is so dire we can’t help it. We care more about the students than they think,” he said.

Prof. Kalam said that taking into consideration the safety of the students, the university can’t conduct offline exams as there are more than 70,000 students all across India. “COVID-19 is still on the loose and claiming many lives. We should be thankful that we are still alive,” he said.

As for online exams, he said that most of the distance-mode students come from economically backward and rural areas and all of them don’t have access to the internet. ” Hence online exams are also out of the question,” he said, adding that the distance education department is doing its best to help the students.

Another source from the university, who requested anonymity said that they have given a request to pass all the students based on internal assessments to the University Grants Commission (UGC) distance department, but have not yet received any response.