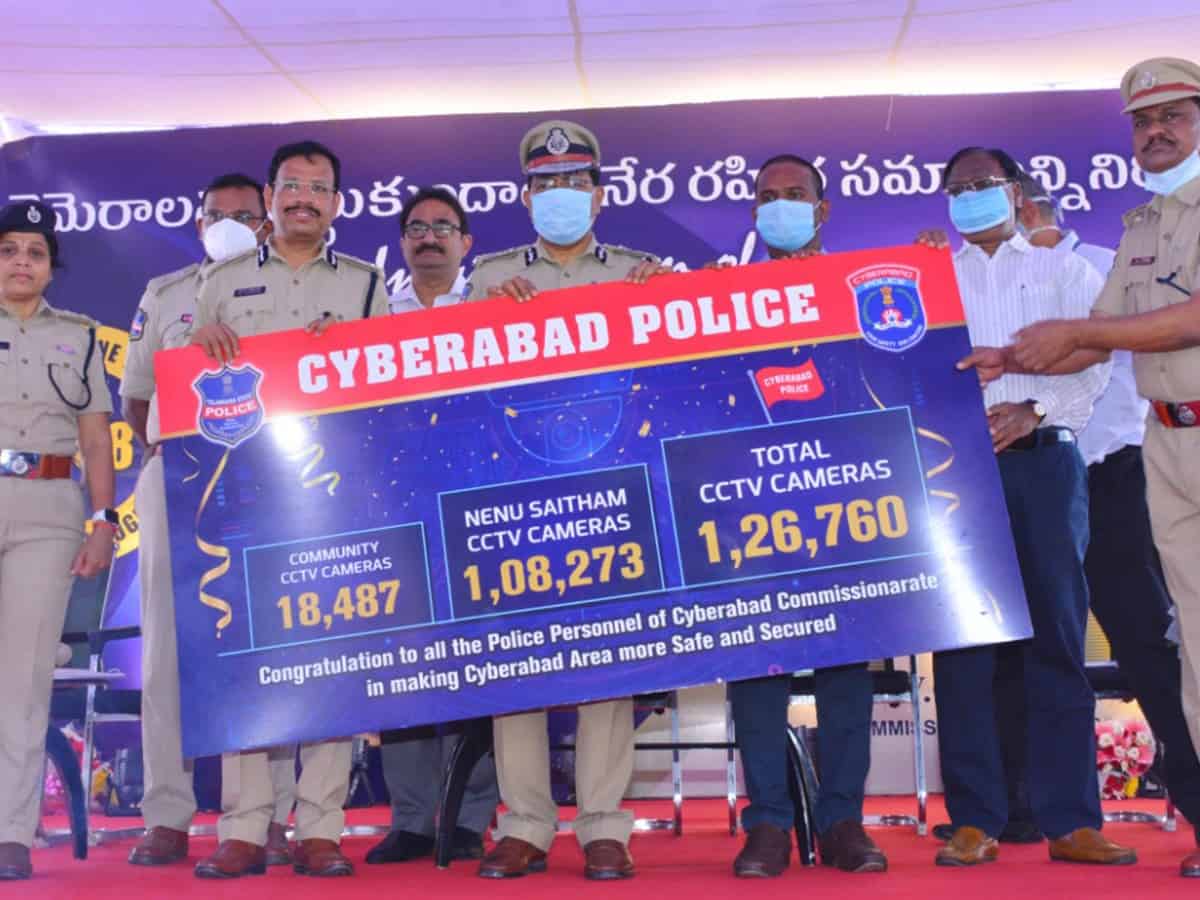 The police department claims that it is the highest ever one-time launch of CCTV cameras in Cyberabad Police Commissionerate limits.

According to police officials, these CCTVs will cover 18 police stations and 111 communities. The project is initiated with an amount of eleven crore thirty-two lakh, nightly thousand (Rs. 11,32,90,000) which has been donated by various IT companies and individuals under the corporate and social responsibility.

Hyderabad has the second-highest CCTV surveillance in the world after Chennai. Hyderabad city already has 6 lakh CCTV cameras and it aims to have ten lakh CCTV cameras soon. Cyberabad now has 1,26, 760 CCTVs. These include 18,487 community CCTVs and 1,08,273 Nenu Saitham CCTVs.

Speaking on the occasion, DGP Mahendar Reddy said, “Our target is to set up ten lakh CCTVs in Hyderabad. One camera is equal to the work of 100 police personnel.”

He said cameras do not lie.  “Human witness memories may fade, but CCTV evidence is very powerful and convincing,” he added.