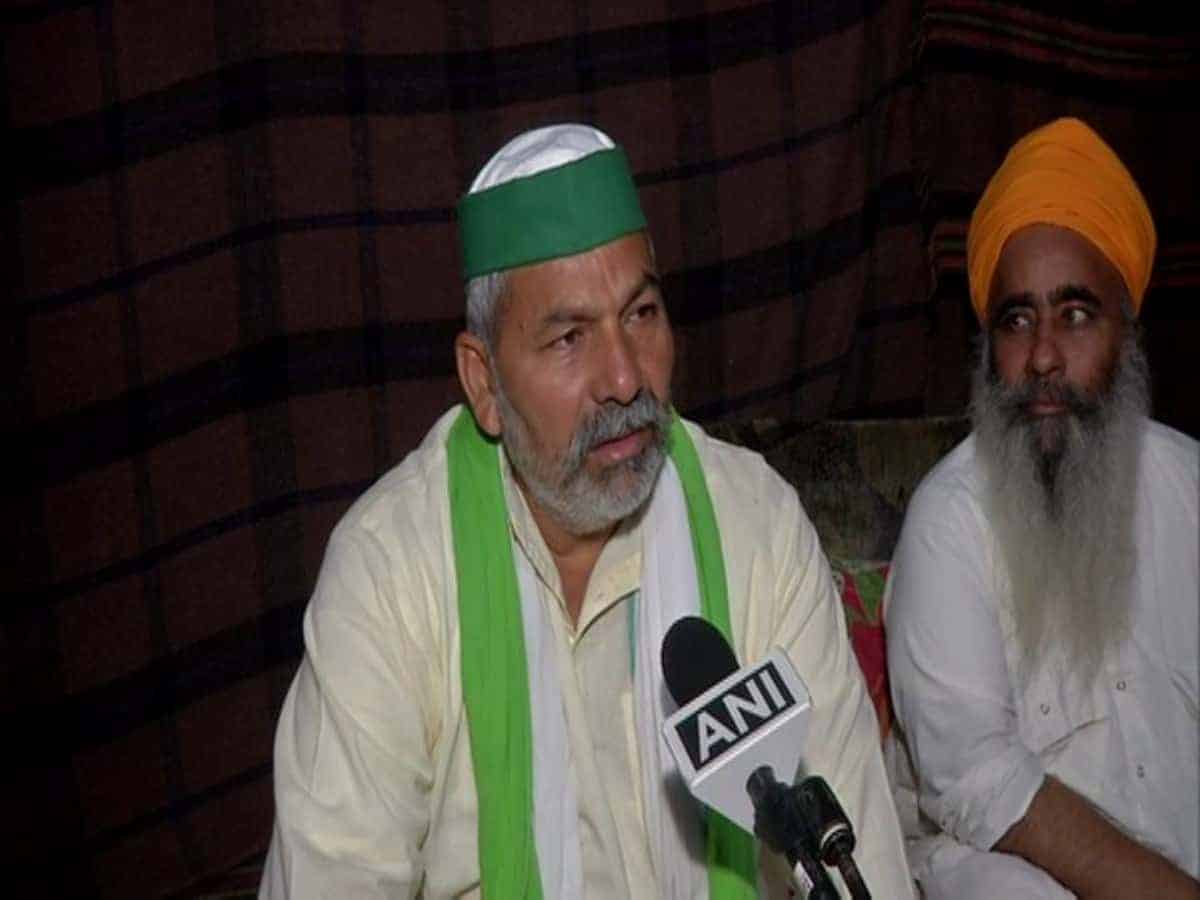 Lucknow: Bharatiya Kisan Union leader Rakesh Tikait on Monday while slamming AIMIM President Asaduddin Owaisi over his remarks on repealing CAA-NRC said Owaisi shares the bond of uncle and nephew with Bharatiya Janata Party and can ask directly from BJP whatever he wants.

“Owaisi and BJP share a bond of ‘chacha-bhatija’ (uncle-nephew). He should not talk about this on TV, he can just ask directly, said Tikait.

Tikait’s statement came during ‘Kisan Mahapanchayat’ organized by the Samyukt Kisan Morcha (SKM), an umbrella body of farmers unions, in Lucknow on Monday.

“Union Minister of State for Home Ajay Mishra Teni should be sacked. Make a law on MSP. Take care of 750 farmers who died. There is a policy coming for milk also, we are against that too, there is also a seed law. Want to discuss all this,” Tikait added.

Post the announcement of withdrawal of three farm laws by centre, All India Majlis-e-Ittehadul Muslimeen (AIMIM) chief Owaisi on Sunday asked the Centre to withdraw the Citizenship Amendment Act (CAA) and said that if it is not repealed then protestors will “take to streets in Uttar Pradesh and make another Shaheen Bagh”.

“I demand from the Bharatiya Janata Party government to repeal the Citizenship Amendment Act (CAA),” Owaisi said while addressing a public meeting in Barabunki.

“If the government makes the law on the National Population Register (NPR) and National Register of Citizens (NRC) then we will hit the streets again, we will make Shaheen bagh here too. I myself would come here,” he had said.