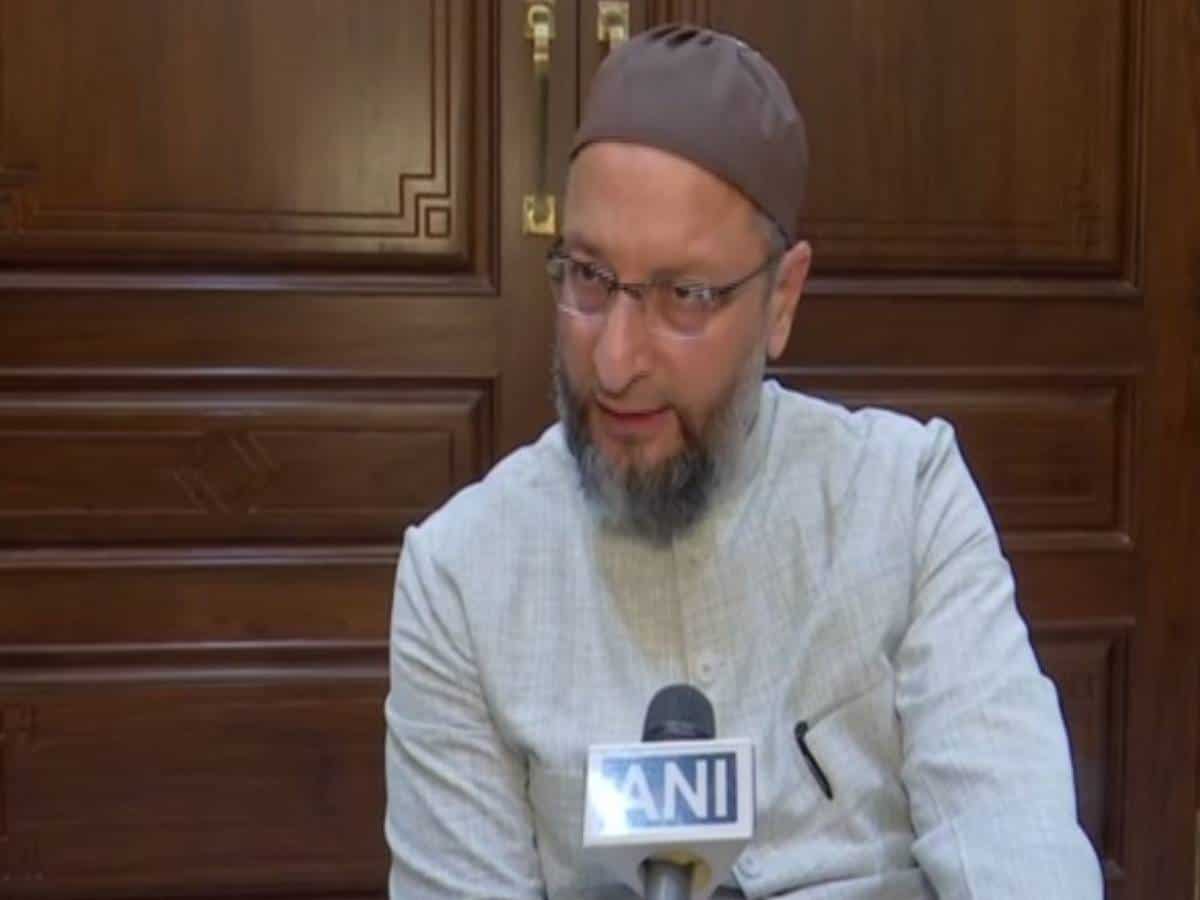 Hyderabad: All India Majlis-e-Ittehadul Muslimeen (AIMIM) President Asaduddin Owaisi on Tuesday termed the incident of the alleged thrashing of an Indore bangle seller a result of the “narrow-minded and inferior pro-Hindutva thinking”.

He alleged that “Hindutvawadis” kill poor Muslims to make themselves “feel grand” and urged the need to do away with such thinking, warning that otherwise, it would spread like cancer.

“Virat Hindutvawadi” (widespread Hindutvawadi) sometimes kill a poor Muslim and sometimes beats up a bangle seller by gathering a crowd to make themselves feel grand. This is the result of the pro-Hindutva thinking of the narrow-minded and inferior (Nathuram) Godse. If this thinking is not fought back in time, then it will spread like cancer,” alleged Owaisi in a tweet today.

His remarks came after the incident involving the lynching of a bangle seller by a mob went viral on social media, after which the police investigated the matter.

The bangle seller was beaten up by a mob for allegedly harassing women on the pretext of selling bangles.

Indore police on Monday booked Tasleem Ali, the bangle seller who was allegedly lynched by a mob in the city, on charges of harassment.

The police have registered a case against Tasleem under Sections 354, 354 (A), 420, 467, 468 and 471 of the Indian Penal Code and various sections of POCSO after a minor filed a complaint about allegedly sexually harassing her and forging the documents. Ashutosh Bagri, Superintendent of Police, Indore, said, “The bangle seller had two Aadhaar cards–bearing the name of Tasleem s/o Mohar Ali and Asleem s/o Mor Singh. He had also a half-burnt voter ID identifying him as the son of Mohan Singh.”

In the case of physically abusing the bangle seller, the police have registered a case relevant section of robbery and assault against unknown persons.

After the video went viral, Bagri said, “In a viral video, a bangle seller in Banganga Police station area was thrashed and objectionable language was used against him. FIR registered, the accused have been being identified through the video. Stringent action will be taken against them.”