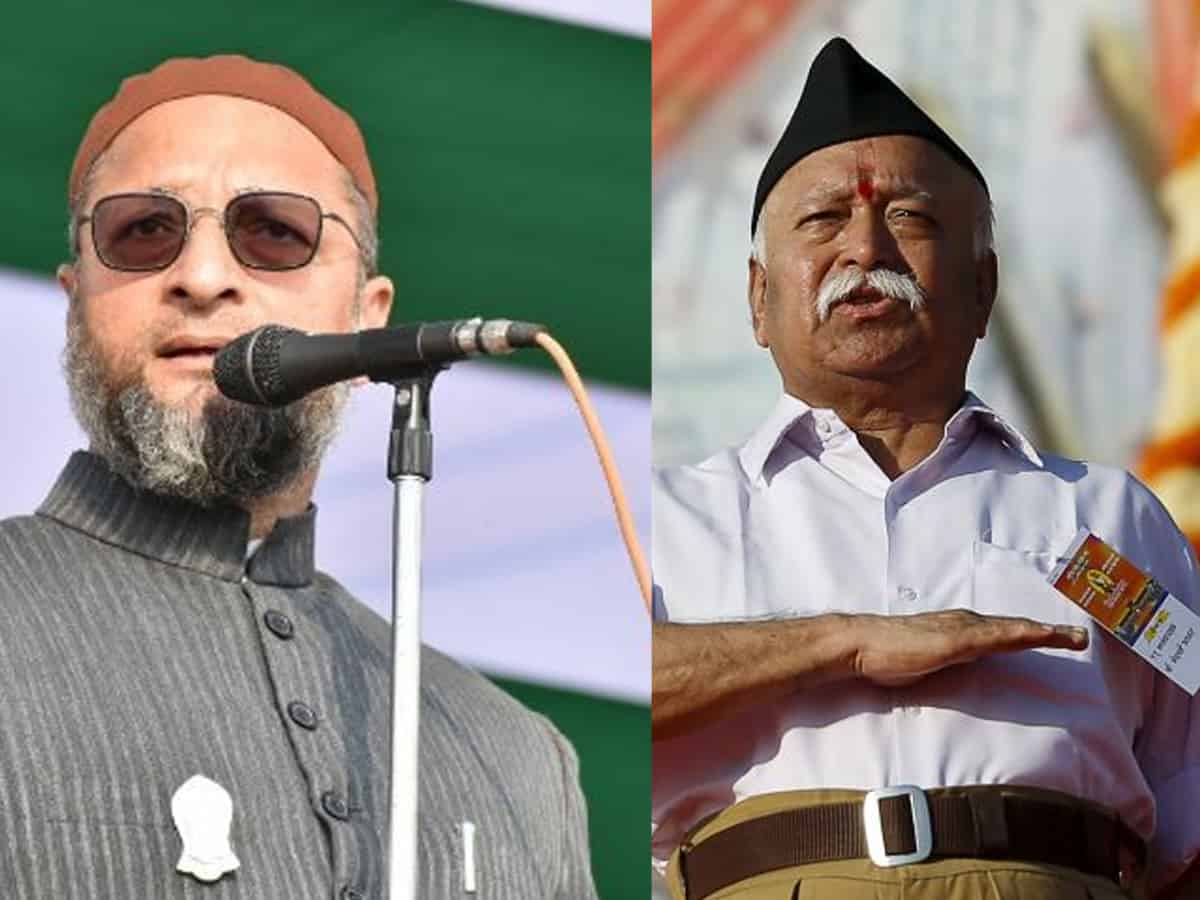 Hyderabad: Alleging that the Rashtriya Swayamsevak Sangh participated in the demolition of Babri Masjid “disrespecting” the Supreme Court and later defended the action saying it was necessary for “historic reasons”, AIMIM chief Asaduddin Owaisi on Friday questioned if the RSS would follow a similar method in the Gyanavapi issue.

Reacting to RSS chief Mohan Bhagwat’s speech on Thursday that the Gyanvapi dispute involves some issues of faith and the court’s decision on it should be accepted by all, the Hyderabad MP in a series of tweets said forcible conversion was a lie and Bhagwat and his ilk cannot accept that people born in modern India are Indian citizens.

It is irrelevant where their forefathers came from, or who they were, or what they did, Bhagwat said.

“Bhagwat’s incendiary speech on #Gyanvapi mustn’t be ignored. He said an agitation for #Babri was necessary for historical reasons . In other words, RSS didn’t respect SC & participated in demolition of masjid. Does this mean that they’ll do something similar on Gyanvapi also?” Owaisi questioned in one of the tweets.

Stating that today’s Muslims, even if their ancestors were Hindu, are citizens of India by virtue of the Constitution, he questioned what would happen if one starts saying that Bhagwat’s ancestors were forcibly converted from Buddhism.

“It’s for courts to nip it in the bud. If these things are allowed to fester, we’ll be allowing mobs to get emboldened Mohan keeps saying that Islam came with invaders. In fact, it came via traders, scholars & saints, much before the first Muslim invaders came to India,” he tweeted.

The RSS chief had also said there was no need to find a ‘shivling’ in every mosque and start a new dispute every day.

A court in Uttar Pradesh’s Varanasi had ordered videographic survey of the Gyanvapi complex on a plea by five Hindu women that they be allowed to worship Hindu deities whose idols are installed on the outer wall of the mosque.

The Hindu litigants claim that a ‘shivling’ was found in the complex during a court-mandated survey of the premises last month. However, the Muslim side has maintained that the object was part of the water fountain mechanism at the ‘wazoo khana’, where the devotees carry out ablutions before offering namaz.

The case is listed for next round of hearing on July 4.