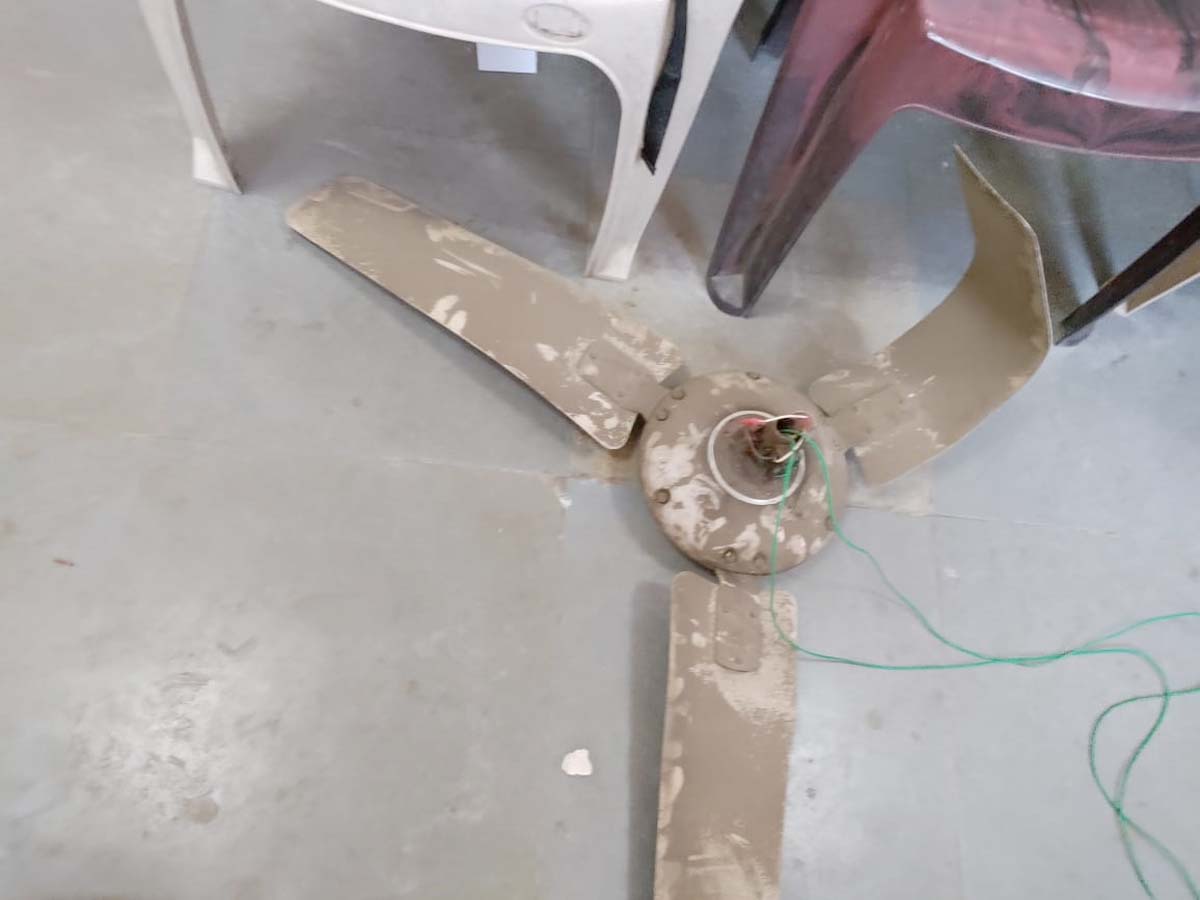 Hyderabad: Panic prevailed at Osmania General hospital after a ceiling fan had fallen on a duty doctor on Monday morning.

Bhuvanasri, the woman duty doctor who was performing her duties at out-patient ward was injured after a ceiling fan fell on her resulting in injuries.

The fellow doctors who were present in the same ward immediately rushed her to the emergency ward and she was given stitches on the head. However the condition of the duty doctor is stable.

The junior doctors alleged that the pathetic condition of the Osmania General hospital is posing a danger to their lives. The authorities even did not bother to replace age long rusted ceiling fans in the hospital premises.