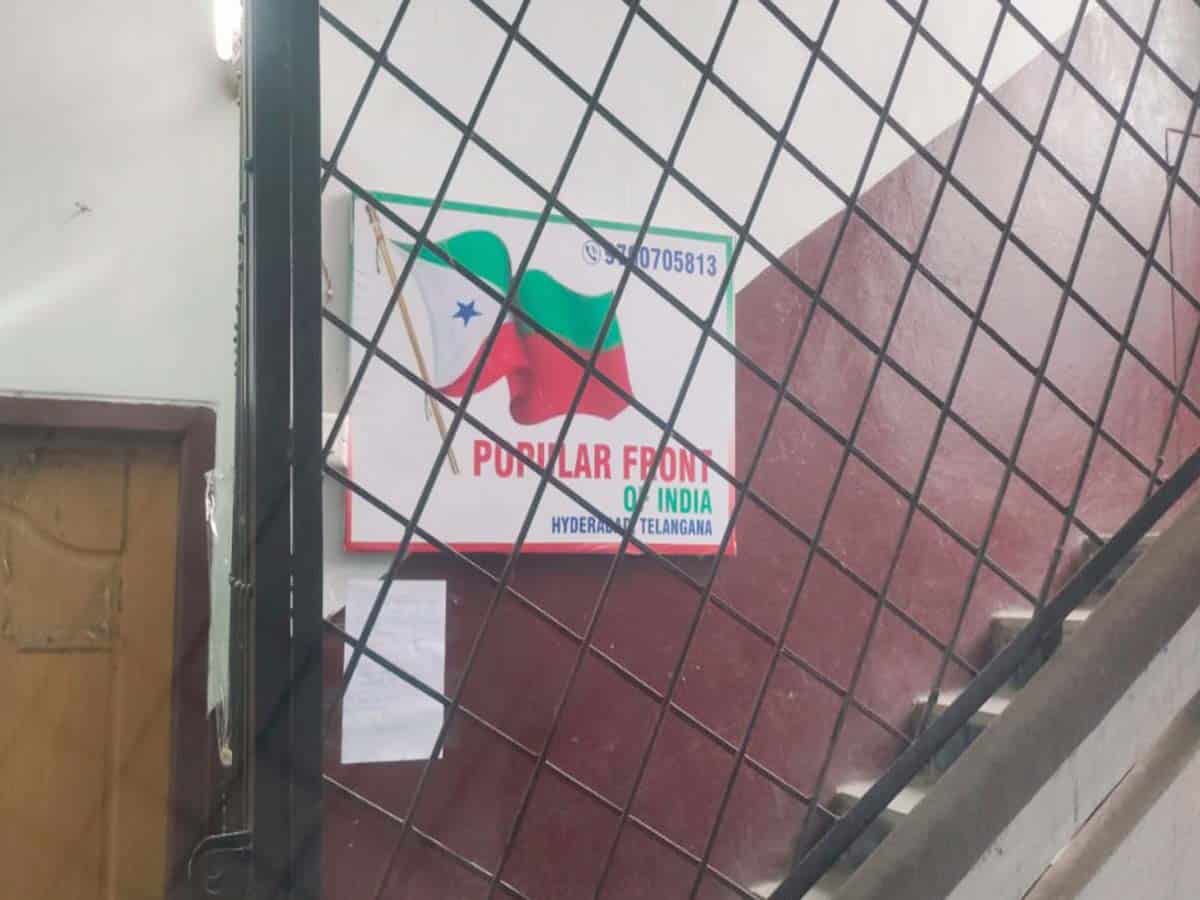 The PFI office located in the Chandrayangutta area of the old city has been sealed by the elite investigating agency and a notice has been affixed by the investigators asking the owner of the building to approach the Special NIA court at Nampally Metropolitan Criminal court premises.

Meanwhile, raids are underway at Uppal and Ghatkesar areas at Hyderabad while searches are also being carried out at 7 places in Karimnagar, a few places in Guntur district in Andhra Pradesh.

According to the official sources, the NIA unit of Hyderabad on August 28 this year registered a case under IPC sections 120B,121A,153A,141, and certain sections of the Unlawful Activities Prevention Act (UAPA).

Although 38 locations in Telangana and Andhra Pradesh were raided by the NIA on Sunday morning and four suspects were arrested and sent to judicial remand, fresh action by the investigating agency created a sensation among the PFI cadre.

As many as over 100 top leaders and functionaries of the Popular Front of India (PFI) have been arrested in countrywide raids early morning today. The raids have been carried out by NIA, ED, and state police in several States in a coordinated action.