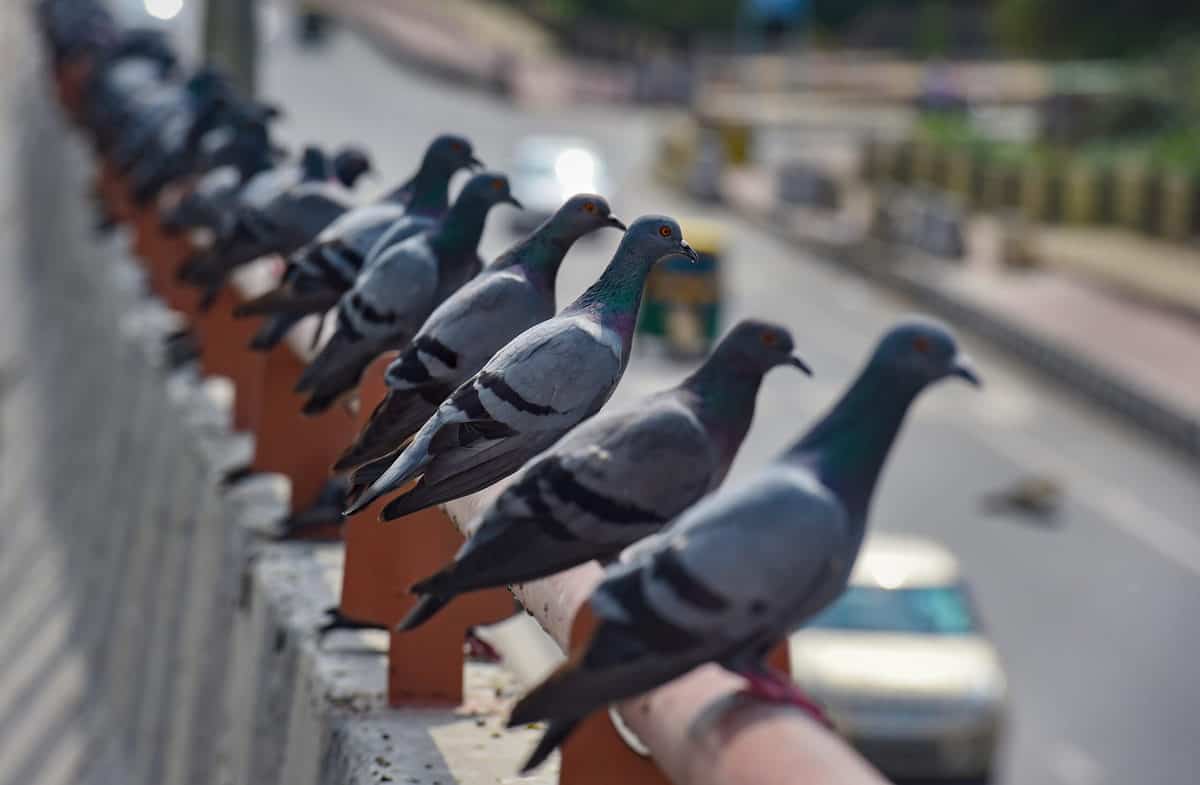 Hyderabad: Pigeon breeding is fast catching up among a section of the youth in the city. The age-old ‘Nawabi’ hobby remains a hit among pigeon lovers even today. However, the sport has today taken a different turn, becoming more of a commercial hit.

A favorite pastime in the past, pigeon rearing today is done for commercial purposes, and deals are fixed through Whatsapp groups. Pigeon breeders in Hyderabad say the hobby has highly increased from about half a decade ago, with youngsters looking towards to make quick money, rather than indulging in it as a hobby.

Pigeons of fancy breeds fetch a handsome price, and the focus is on breeding and rearing the fantail species in Hyderabad, say breeders. Some of the pigeons known for their appearance are Fantail, Jacobin, Frill Back Pigeon, and Indian Gola.

“Social media platforms have opened a big market to sell or purchase the pigeons. Online advertisements portals, facebook and Whatsapp pages are an added advantage,” said Mohd Taher, a pigeon breeder from Chanchalguda in Hyderabad.

Regular updates of the sale of pigeons in Hyderabad are posted on Meta (Facebook) pages or several Whatsapp groups formed by the pigeon breeders. “Pigeon breeders from Maharashtra, Karnataka and Telangana are members of the groups. Deals are fixed and the payment made while taking the bird,” said Yousuf Khan, a pigeon breeder from Misrigunj.

A pair of the pigeons cost between Rs 600 and Rs 10,000 depending upon the demand and breed. The fancier the bird and species, the higher their price. According to locals, there are about 300 pigeon-breeders in the Old City of Hyderabad. However, there are others who also like keeping the bird in their homes for show.

Fancy pigeons are showcased in homes for hobby while the Homer Pigeon, popularly called Girebaz, are used for racing. These pigeons are also called ‘messenger pigeons’, as they were even used to send emergency communications until 2002.  “Pigeon racing is organized periodically between November and February when the skies are clear. Races begin in the early hours of the day and end by evening,” said Abdul Sohail, a breeder from Bibi ka Chasma in Hyderabad.

Participants bring their pigeons after feeding them well, and release them on race day. “The flying hours of each pigeon are calculated, the one that flies the longest duration is the winner,” Sohail added. When it comes to pigeon racing in Hyderabad, technological advancement has also made monitoring quite easy.

“While releasing the pigeon, a photograph of the place where the bird is released is shot and latitude and longitude are marked. The distance is calculated and when the bird returns to the base and a picture is taken again,” a member of a racing group explained to Siasat.com. Homers are a breed of pigeons fit for racing when they are between eight months and five-years-old.

Another popular event is the Tugudi (flock) racing in which two or more participants release their flock of pigeons simultaneously into the sky. “It is more like checking the allegiance of the other flock. The flock which brings along other participating pigeons is judged the winner,” says Shahbaz, a pigeon breeder from Chandrayangutta in Hyderabad.

Pigeon rearing and racing is usually done in the areas of in Misrigunj, Bandlaguda, Chanchalguda, Golconda, Falaknuma, Shahalibanda, Hassan Nagar Tallabkatta, and Shaheennagar in Hyderabad.