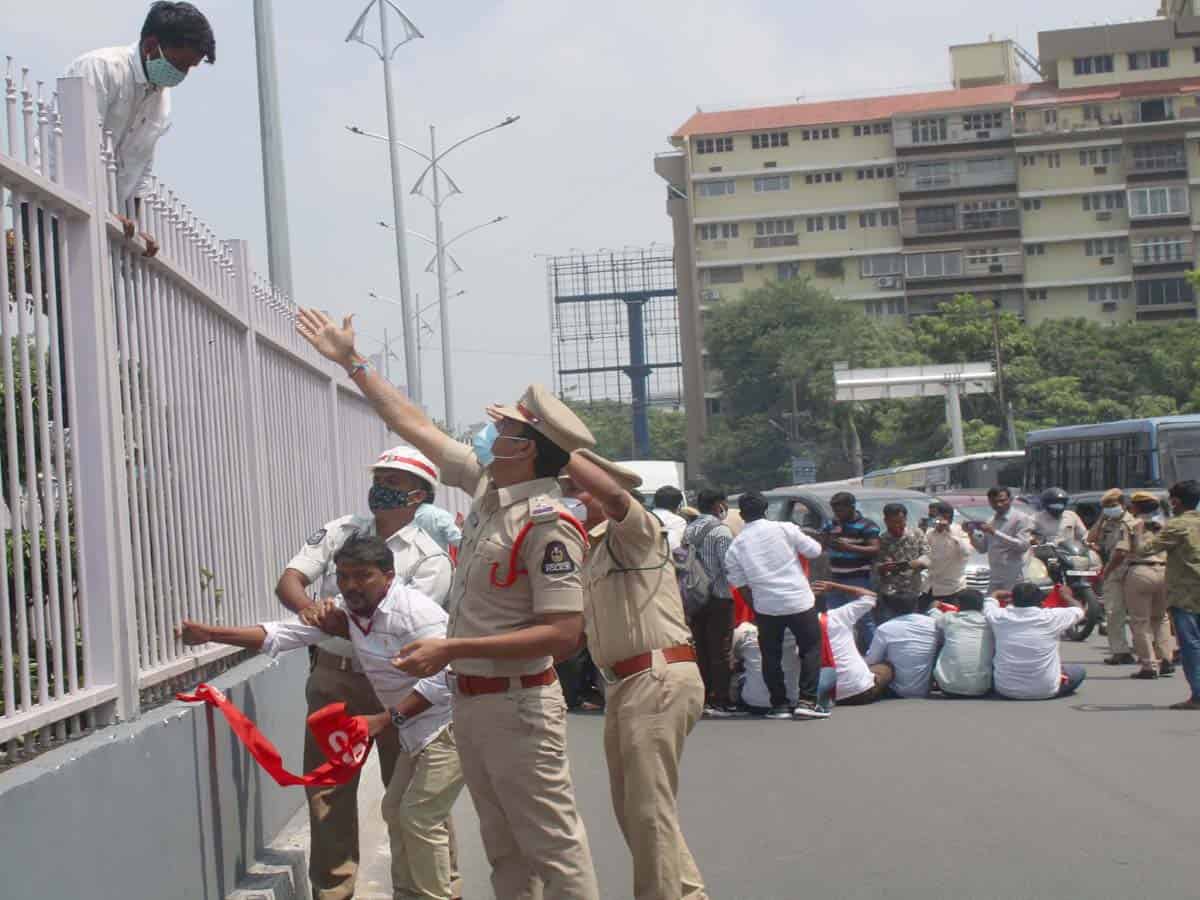 Hyderabad: The activists of PDSU today attempted to lay siege of the Camp Office of the Chief Minister KCR known as Pragathi Bhavan. This led to mild tension in Begumpet.

The activists tried to climb up the dividers of the camp office. Following this , the police arrested the activists and took them to Goshamahal police station .

The activists organised the protest programme demanding the state government to fill up the jobs.

The protest programme has also led to a huge traffic jam in the area. The activists demanded the state government to immediately take up the recruitment of 50000 posts in the area.