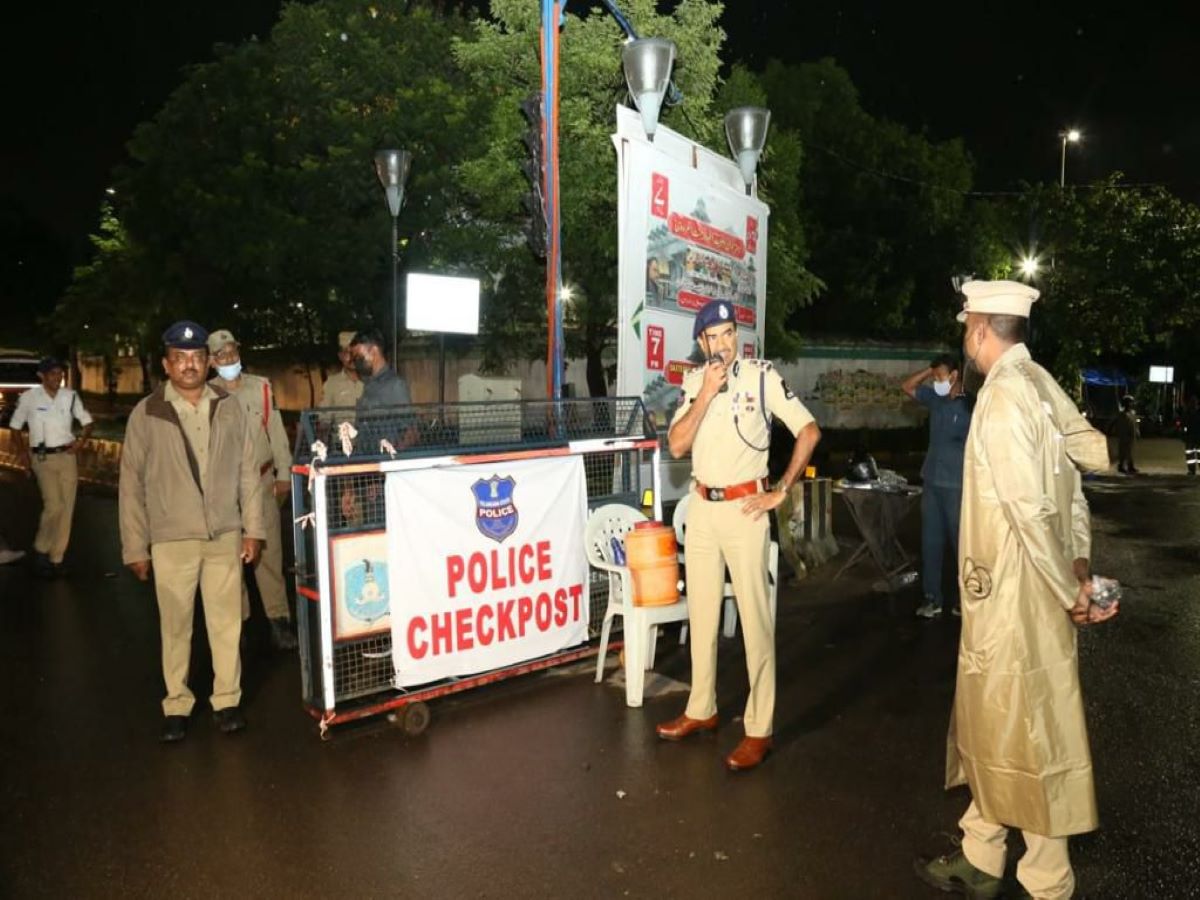 Hyderabad: With a couple of days to go for Eid-ul-Adha, police in Hyderabad went on alert to check illegal transport of cattle.

Police Commissioner C.V. Anand personally visited check posts at various places in the city to see the steps being taken to check the cattle being brought for sacrifice on Eid-ul-Adha, also known as Bakrid.

The police cheif made a surprise visit to police check posts at MJ Market, Mirchowk, Kanchanbagh, Chandrayangutta, and Bahadurpur areas.

Nearly 2 lakh sheeps are likely to be sold in Hyderabad

The inspection, which began at 12.30 a.m., went on till 5 a.m. Anand checked the facilities in the check posts, interacted with the staff, and exhorted them to remain alert and follow the instructions given in the video conference earlier.

He verified the registers, took stock of the facilities, and kits available at the check posts. He asked officials to check the certificates issued by the veterinary department regarding the cattle being transported. Under no circumstances, can cows and calves be transported, he said.

Instructions were given to liaison continuously with patrol cars, nearby check posts and neighbouring unit officers. “Exchange of information in real time enables you to respond swiftly. The officer in-charge at the check post should muster the maximum available manpower within the shortest possible time and inform senior officers upon noticing any illegal activity or gathering of groups of people,” he said.

He reiterated that no unauthorised person should be allowed to be in the vicinity of the check posts and directed to take stringent action on the violators.

The station level, division level officers and DCPs were told to inspect check posts under their charge and intensify patrolling at all sensitive localities in the city.

During a meeting with them, the Police Commissioner appealed to them not to indulge in tailgating cattle carrying vehicles and restrain from intervening at the check posts.

“No one will be allowed to take law into their hands. Any scuffles between the groups can affect communal harmony,” he said.

Meanwhile, police imposed traffic restrictions around historic Mir Alam Eidgah for Eid prayers on Sunday. The Eidgah witnesses the biggest gathering of people for prayers. Vehicular traffic will be diverted at various points around the Eidgah to ensure smooth conduct of prayers.

Traffic restrictions were also announced at Hockey Ground in Masab Tank in the heart of the city and at Langar Houz.