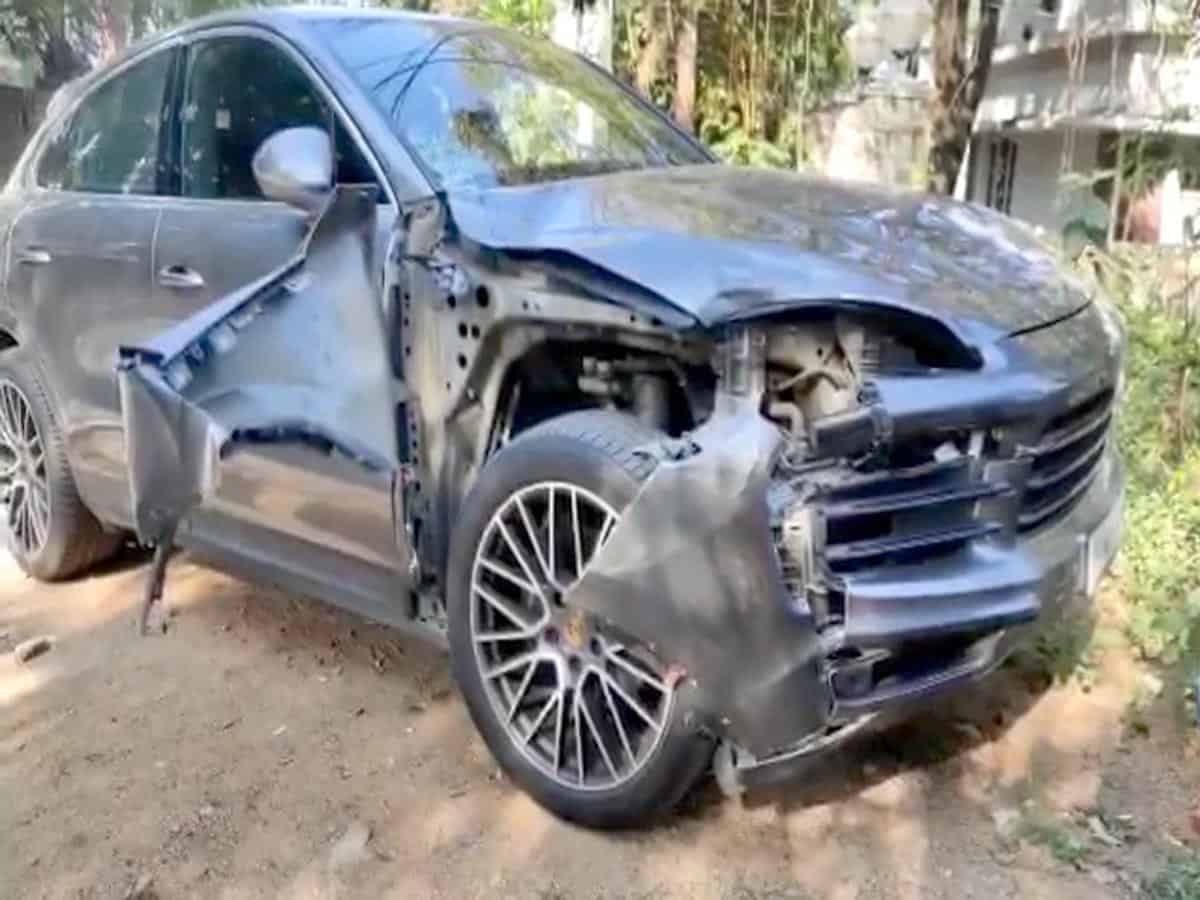 Hyderabad: In connection with an accident involving a speeding Porsche, that killed two persons at Banjara Hills on December 5, the police have revealed that a third person was present in the car at the time of the accident.

The Banjara Hills police, on Saturday, reconstructed the accident at the crime scene, to have a better understanding of the events which led to the demise of two persons. Officials have now found that a third person named K Venkatesh was present in the Porsche Cayenne.

According to the police, the primary suspect B Rohit Goud, who was driving the car, reconstructed the scene and mentioned Venkatesh, who was also present in the car. The two suspects Goud and his friend, V Sai Soman are being interrogated on the basis of the CCTV footage.

According to a report by Telangana Today, the suspects have revealed that all of them had consumed alcohol at a pub in the Durgam Cheruvu area. That night, at 10 PM the trio left for another bar at Jubilee Hills. It is to be noted that the trio then went to a bar in Banjara Hills and consumed more liquor.

Revealing further details of the case, West Zone Joint Commissioner of Police, AR Srinivas said “Rohit Goud was driving the vehicle in a drunken state at high speed on the instigation of the other two and hit the two pedestrians, who were crossing the road, killing them on the spot.”

It is to be noted that the trio did not stop the car after the crash. Instead, they went to a friend’s place and parked the vehicle there. The DCP further stated, “they decided to conceal the fact that Venkatesh was also with them in the vehicle since his marriage was scheduled to take place on December 12.”