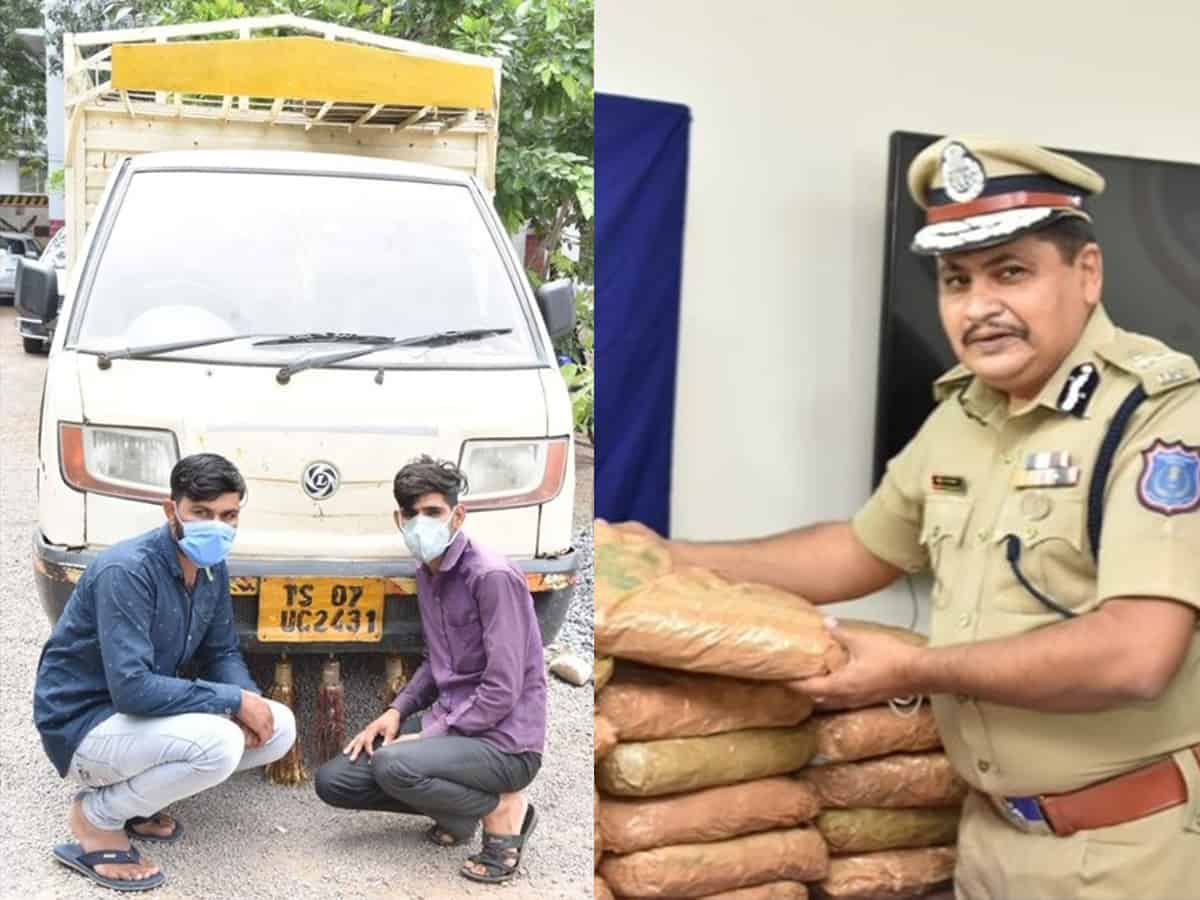 Hyderabad: Police in Hyderabad on Friday seized 110 kg of ganja which was being transported from Andhra Pradesh to Maharashtra.

Rachakonda Police Commissioner Mahesh Bhagwat told reporters that the ganja was concealed in a mini truck loaded with bananas. The contraband, valued at Rs 18.50 lakh, was being transported from the agency area in Visakhapatnam district of Andhra Pradesh to Nagpur via Hyderabad.

The operation was carried out by SOT along with Abdullapurmet police. The arrested were identified as Lumbaram Solanki and Kishna Ram, both aged 24 and natives of Rajasthan.

Supplier Masada Pedda Balanna, a resident of Visakhapatnam and receiver Rasheed of Uttar Pradesh were absconding.

The ganja was seized amidst an intensive campaign launched by Telangana Police to tackle the drug menace.

Hyderabad, Cyberabad and Rachakonda Police Commissionerates, which cover Hyderabad and suburbs, have launched a special drive against narcotics by taking up searches at suspected places and arresting the accused.

About 72 kg ganja was seized and four persons were arrested by police in two different raids in Hyderabad Police Commissionerate limits on Thursday.

According to Hyderabad Police Commissioner Anjani Kumar, 70 kg of contraband was seized from a house in Yousufguda. Two persons, who had sourced the ganja from Sileru in Andhra Pradesh, were arrested.

In another case, police seized two kg ganja from two persons, who were scouting for customers.

Last week, Chief Minister K. Chandrasekhar Rao had directed Police and Excise Departments to take stringent measures to curb the growing drug menace in Hyderabad and other parts of the State.

Bhagwat said the police were carrying out raids on pan shops and kirana shops selling ganja and gutka. The Police Commissioner announced that a drug de-addiction programme ‘Naya Savera’ will be launched soon to save students from drug abuse.