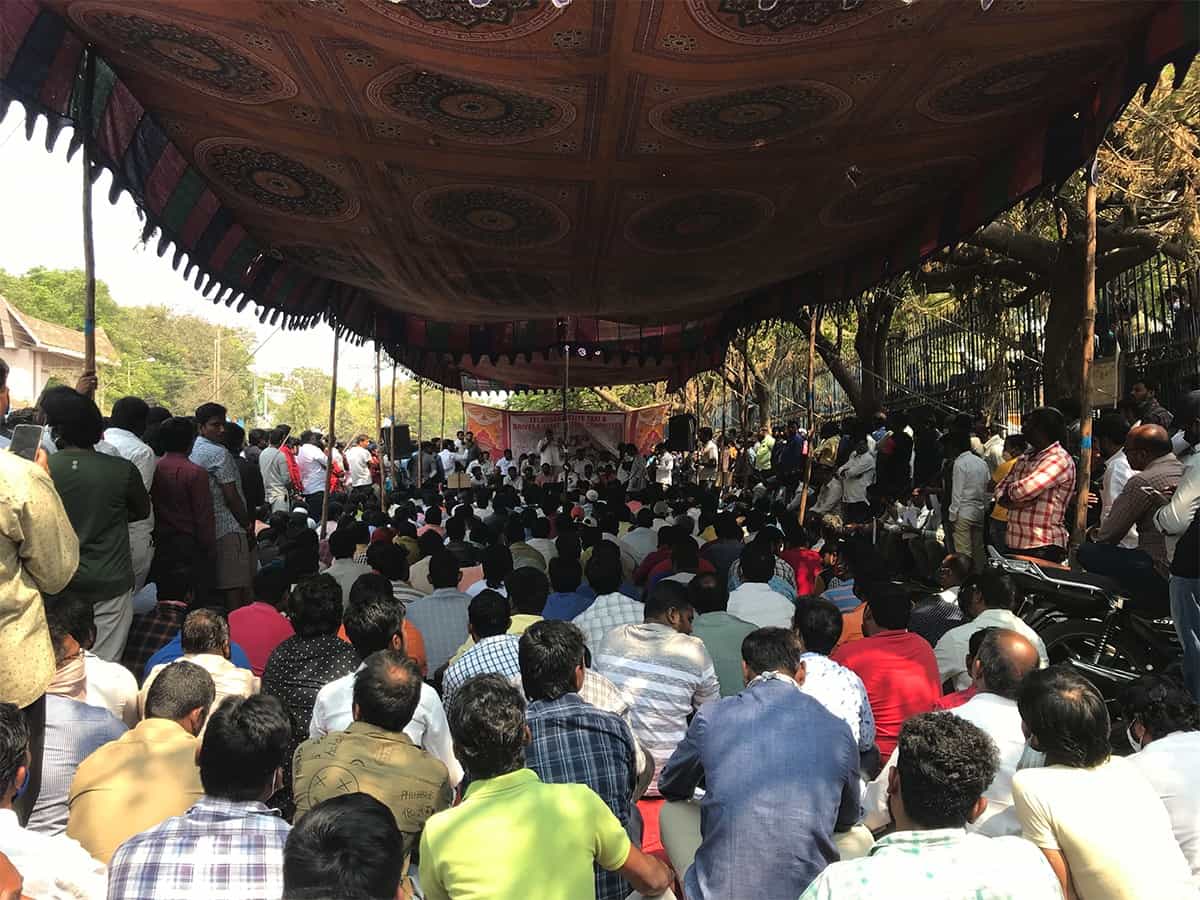 Hyderabad: Telangana farmers’ unions on Thursday conducted ‘Rail Roko’ protest at the Kacheguda Railway station in Hyderabad from 12 pm to 1 pm. The unions had a plan to do it from 12 pm -3 pm but however, the police intervened and detained  42 farmers under preventive custody to disperse the protestors.  The protest was held in solidarity with the  Haryana – Punjab farmers outfits’ nationwide call for the Rail Roko protest. About 300 farmers gathered at the station.

Several leaders and unions of CPI and CPM parties also joined the farmers. The organizations that took active participation include Telangana Rashtra  Raitu Sangham, Telangana Rhythu Sangham and  All India Kisan Mazdoor Sabha. The protest happened under the banner of the All India Kisan  Sangharsh Coordination Committee (AIKSCC).

CPI state secretary Chanda Venkat  Reddy, CPIM leader DG Narsimha Rao,  farmers organization leaders T Sagar, Pasya Padma were at the forefront and carried a Rail Roko banner. The farmers’ unions are protesting against the three farm laws and want an immediate withdrawal of the laws and that is their primary focus.

Speaking to Siasat.com, Habibulalh Khan, Inspector Kacheguda said, “We were already prepared and had alerted other stations also. Today at 1 pm, we detained  Chanda Venkat Reddy, Aziz pasha, Narsimha Reddy and others but released them later. We will deter any future protests the same way by arranging bandobust in coordination with the government railway police(GRP)  and railway protection force(RPF).”

Earlier, the farmers’ organizations in solidarity with the protesting farmers of Delhi have held  Chakka Jam protest in Hayatnagar and 50 other places across Telangana on February 6. However,  then their protest was thwarted and many farmers were taken into preventive custody by the police.