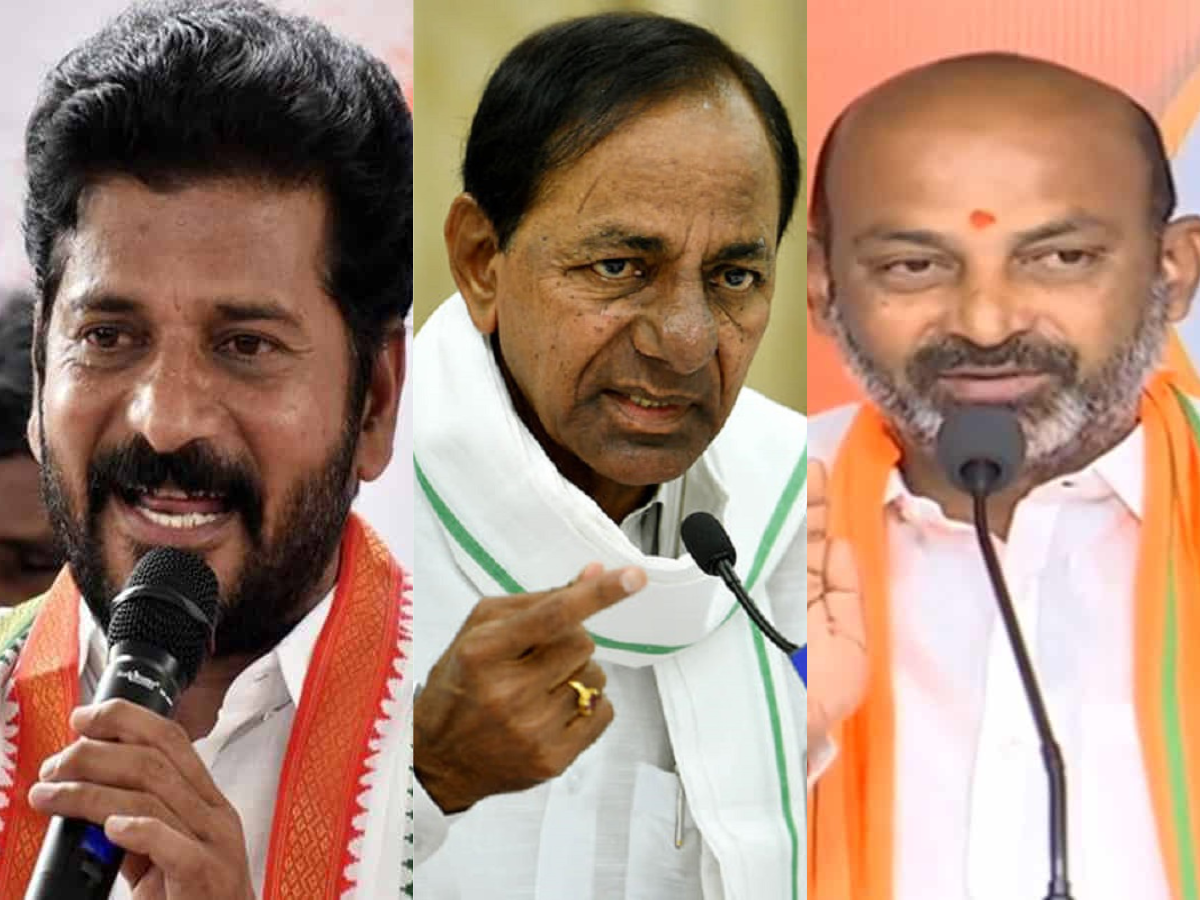 Hyderabad: Assembly elections are slated in Telangana next year and its now survey time in the southern state.

Various surveys with their own respective results have led to political temperatures rising in Telangana, with all three major political players– ruling TRS and opposition Congress and BJP–claiming they will form the next government, irrespective of the outcomes of such reports.

Now with defections, TRS’ tally has touched 102 while BJP seemed to have made inroads in the southern state, adding two MLAs in subsequent bypolls.

However, the ruling TRS and Congress claimed people would only vote for them in the 2023 polls.

TRS Working President K T Rama Rao asserted the ruling party will once again form government in Telangana after the 2023 Assembly polls by winning over 90 seats. The K Chandrasekhar Rao-led TRS has been in the ruling saddle since 2014.

Rama Rao said recent surveys conducted by both the Congress and BJP prove that KCR, as his father is known, will be the hat-trick CM after the 2023 elections.

“According to our internal survey, TRS will win over 90 seats. It indicates the faith people reposed on TRS even after eight years of rule,” the Telangana Minister said..

Reacting to the surveys, Congress’ state vice president Mallu Ravi said both TRS and BJP colluded and brought out the reports.

He claimed Congress’ internal survey estimated 90 to 99 seats for the national party in the state and that the same was revealed by TPCC President Revanth Reddy also.

“BJP has no ground in Telangana. I doubt whether (a private survey) knows the people’s pulse. People are looking up to Congress,” Ravi said.

BJP conducts its own internal surveys to understand the changes at the field level and reviews the progress of its political activities in different constituencies. These surveys are not for public consumption.

“BJP will not rely on unscientific external survey results to assess our own or others’ strength in Telangana State or across India,” he said.

Recent spate of competitive surveys in Telangana is completely political and lacks all credibility of an objective electoral survey, he added.