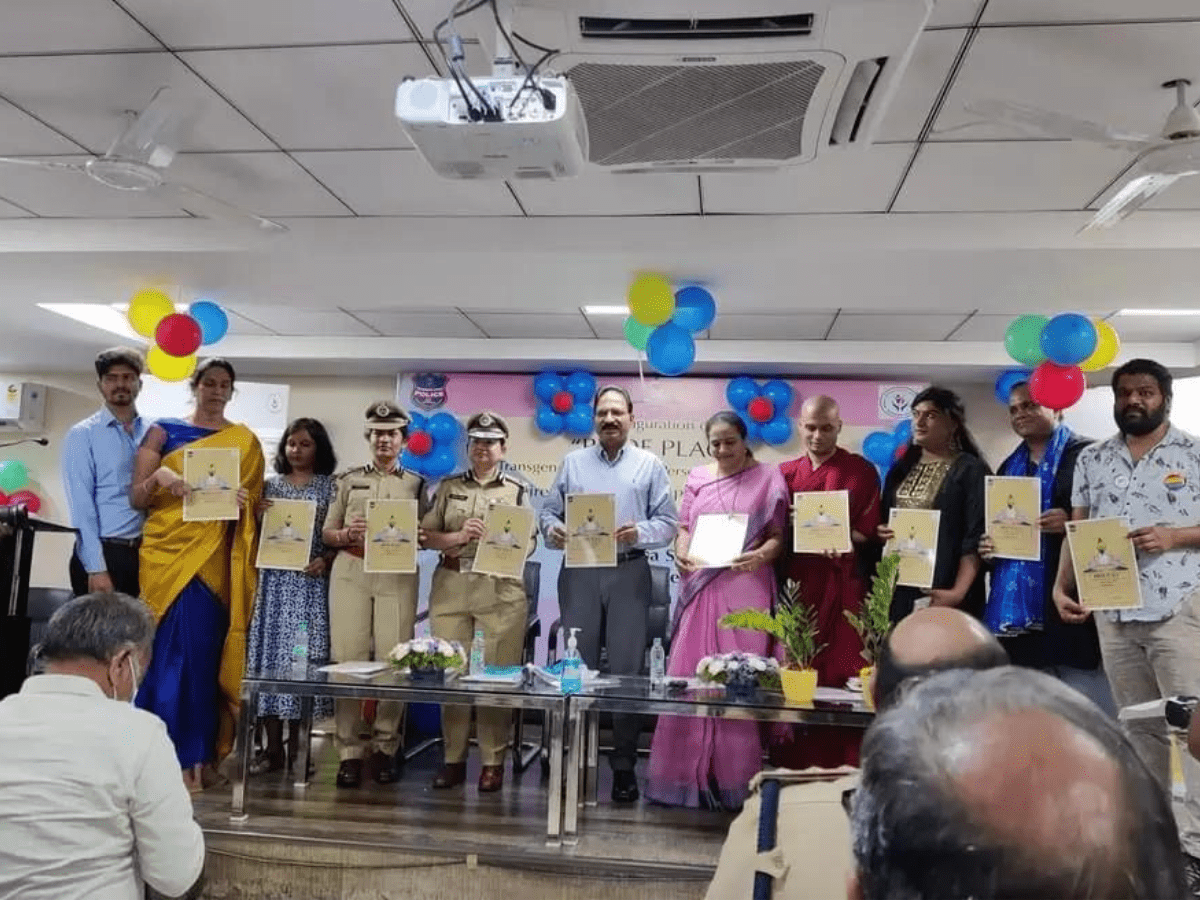 Hyderabad: ‘Pride Place’, a transgender (LGBTQIA+) persons protection cell, was inaugurated here on Tuesday, which will work to ensure safety and security of the trans community by helping end violence against them in the society.

After inaugurating the ‘Pride Place’ special cell, Telangana Director General of Police (DGP) M Mahender Reddy said, “The cell will act as a one-stop solution for trans people in the state by offering police and other services through networking and collaboration with other stakeholders”.

The DGP, who released a logo of the ‘Pride Place’ and a booklet containing the details of the Standard Operating Procedures of the cell, appreciated the initiative and said the cell will be historical and will go a long way in ensuring justice to the members of the transgender community, an official release said.

The cell at the state level is formed in the Women Safety Wing (WSW) of Telangana Police under the Additional Director General of Police, Women Safety, Swati Lakra, according to the guidelines issued by the Ministry of Home Affairs, it said.

The special cell will comprise a team headed by a police inspector, three other sub-inspectors and constables along with other stakeholders.

The protection cell will work for the prevention of crimes, monitoring cases of offences against transgender persons and ensure timely registration, investigation and prosecution of such offences. Further, it shall create awareness about the rights of trans people among public and sensitise all stakeholders in the proper implementation of transgender laws in the state, the release said.

A transgender person has also been taken as a coordinator to work along with an inspector level police officer from WSW, a legal expert and support staff. They will network with different communities of trans people while helping the police in identifying the needs of the trans people affected by violence.

Lakra said, “This cell is an effort to ensure that trans people will be treated with the same dignity as anyone else and be able to live with respect, according to their gender identity.”

WSW DIG Sumathi Badugula, were among those who spoke, the release added.