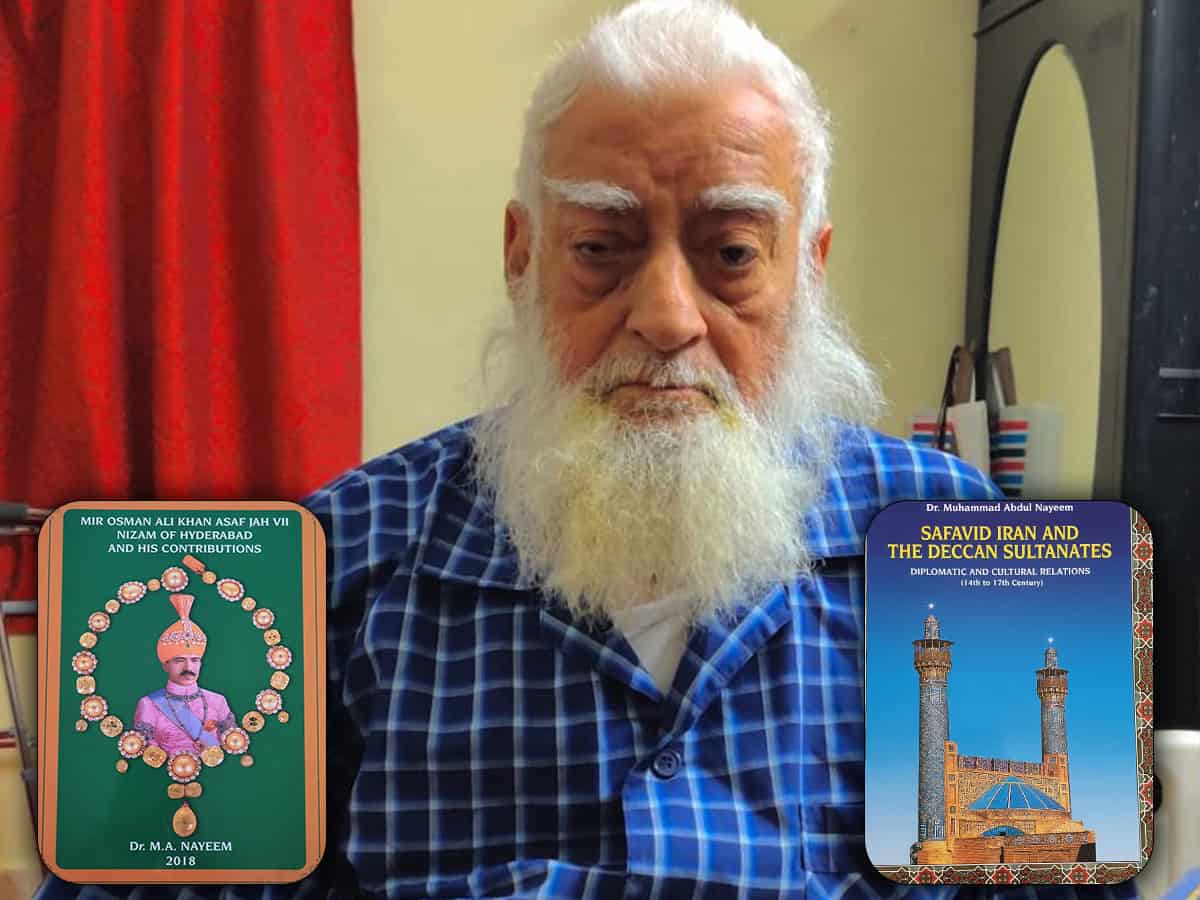 Hyderabad: Dr Muhammad Abdul Nayeem who was popularly known as M A Nayeem, a prolific historian of the Deccan and writer, is no more. He passed away at a hospital on Monday (June 13) night.

Two Urdu and one English newspapers have carried brief stories on Tuesday on the death on one of the most prolific historian Hyderabad was blessed with.

He made history in writing several books on history of the Deccan and several other subjects. It appeared he never ran out of ideas. His last book, perhaps, was on Mir Osman Ali Khan Asaf Jah VII and His Contributions which was published in 2018.

I knew him for long years. In fact, I met him for the first time in the Jeddah, the Kingdom of Saudi Arabia. He said he was a friend of Omar Khalidi, another scholar on Hyderabad and India as such.  He was not a good conservationist. However, he was effective with short sentences. Also, one could not guess when he was serious and when he would be turning light.

He was witty.  He worked alone. He did not believe in seeking help from a professional editor. But the body of work he has left behind is amazing.  The number of books he wrote is huge. He penned about 25 books and numerous articles.

Nayeem’s work has been appreciated by scholars like Haroon Khan Shervani, Dr A R Kulkarni and Dr Jagdish Narayan Sarkar.

Mohammad Safiullah, a well known collector of antiquities, said he was visiting Nayeem on a regular basis and keeping tab on his deteriorating health condition. Nayeem’s two nephews were taking care of him and it was them who got him admitted into a hospital sometime back when his condition got deteriorated.

Nayeem was born in 1938 at Hyderabad and did his graduation from Osmania University and post graduation from Aligarh Muslim University.  He followed it up with Ph D from University of Pune under the guidance of A R Kulkarni. He later worked with State Archives as Special Officer. He carried out research on the Mughal Documents of the Emperor Aurangzeb era. He went to Saudi Arabia in 1982 where he worked on several projects related to the Gulf countries.

On his return to Hyderabad in 2000, he began working on a series of six books on the Deccan sultanates.
His wife who was doctor also worked in the Kingdom of Saudi Arabia. She passed away a few years ago.  He is survived by three sons.

He namaze janaza or funeral prayers will be offered at Masjid Alamgir, Shantinagar at around 1-00pm and laid to rest in the nearby graveyard.