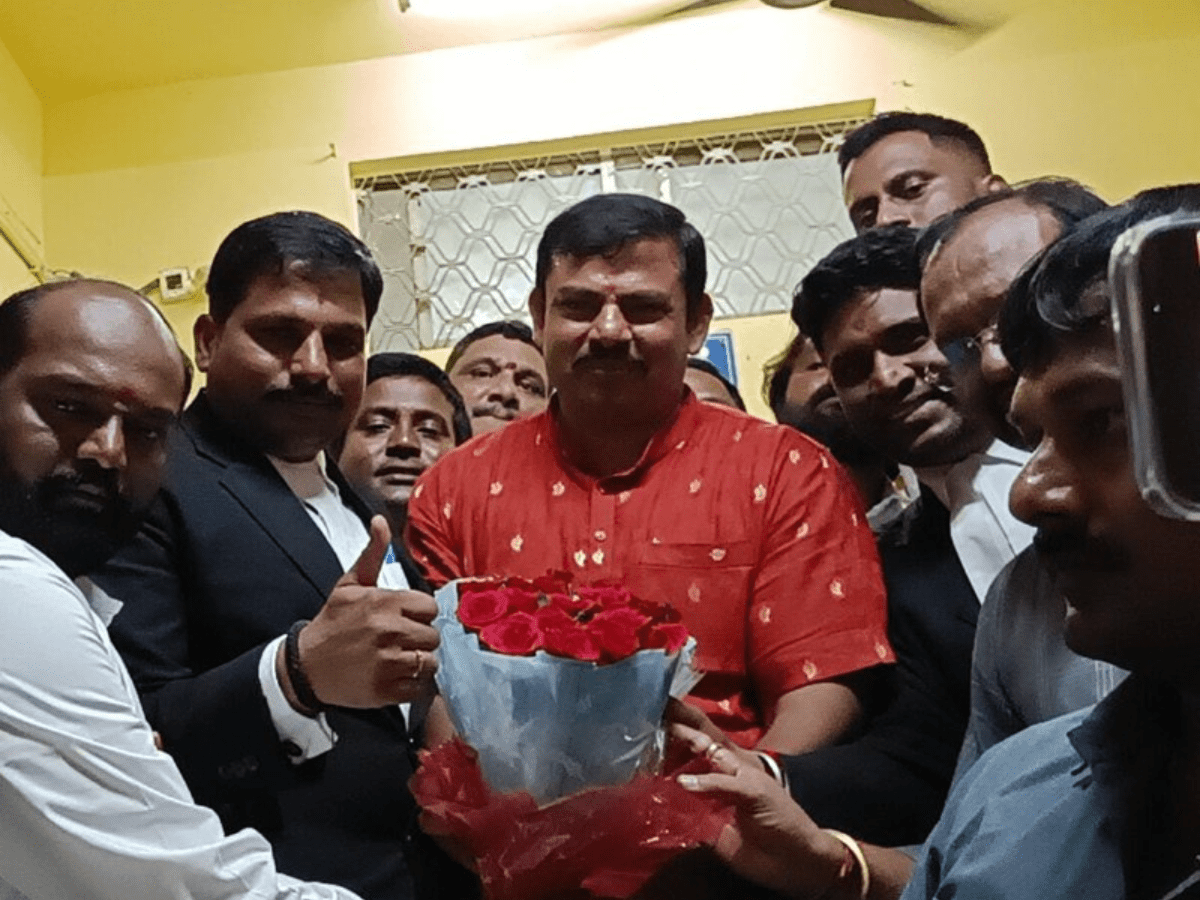 Hyderabad: Two more criminal cases have been registered against suspended BJP MLA Raja Singh for his comments on Prophet Muhammad. The new ones have been registered with the Chaderghat and Malakpet police stations. Senior police officials from Hyderabad said that they are likely to arrest the legislator under the other cases

Protests against Raja Singh continued since Tuesday night after he secured bail after getting arrested in two cases booked against him earlier. As many as 31 protestors have been taken into preventive custody since the unrest began. Raja Singh post his release has however been silent. Cases were registered against him with the Dabeerpura and Afzalgunj police stations.

On Wednesday, the Hyderabad police also closed down all the petrol pumps across parts of the old city. As protests against Raja Singh continued, the police did not want to take a chance with angry protestors. While reports suggest that the Charminar was shut, an Archeological Survey of India (ASI) said otherwise. “It is kept open for now, but will be closed in the case of any situation,” the official told Siasat.com.

The legislator’s derogatory remarks against Prophet Muhammad were posted in a Youtube video on the night of August 22. It has been taken down since. Raja Singh posted it in retaliation to the Telangana government allowing comedia Munawar Faruqui perform in Hyderabad on August 20. He had threatened to disrupt the show, but was prevented from doing so by the police.

Raja Singh then took to Youtube, and posted his own video, which he called a “comedy”. Protests erupted soon on Monday around midnight and continued on Tuesday following which the BJP MLA was arrested. He was also suspended from the party by the BJP’s central disciplinary committee.

Four including cop injured in protests

Four people including a police sub-inspector were injured in skirmishes in protests held against suspended BJP MLA Raja Singh. The protestors, demanding action against him for his remarks on Prophet Muhammad, held several rallies all night. The largest one was held at Shalibanda. A handful of Muslim protestors were also reportedly thrashed when they tried to reach Goshamahal

Groups of Muslim youngsters continued to protest against Raja Singh throughout the intervening night of Wednesday in the Old City. At around 3 am, some of them tried to march towards Goshamahal, but the attempt was prevented by the police. Some of the protestors were also reportedly thrashed by locals from Goshamahal.

How Raja Singh managed to secure bail over a legal glitch

The BJP MLA passed several derogatory comments against Muslims and Prophet Muhammad in a Youtube video. “How unfortunate is it that he married the (six-year-old) girl?,” said Raja Singh. He was essentially unwilling to let go of the fact that standup comic Munawar Faruqui was allowed to hold a show in the city last week.

“….I thought to myself, ‘He Munawar Faruqui) is abusing Lord Ram and Sita so I should research his almighty and of those who wear round caps (Muslims). The moment I did it, I found something very shocking in the video. In that, it says that the man married a six-year-old (referring to the Prophet Muhammad),” said BJP MLA Raja Singh in the 10 minute-27-second video.

At the end of the video, after making derogatory comments, Raja Singh said that whatever he uttered was “comedy”. The MLA said he also didn’t like what he said. The video was uploaded on Shree Ram Channel Telangana (now made private).