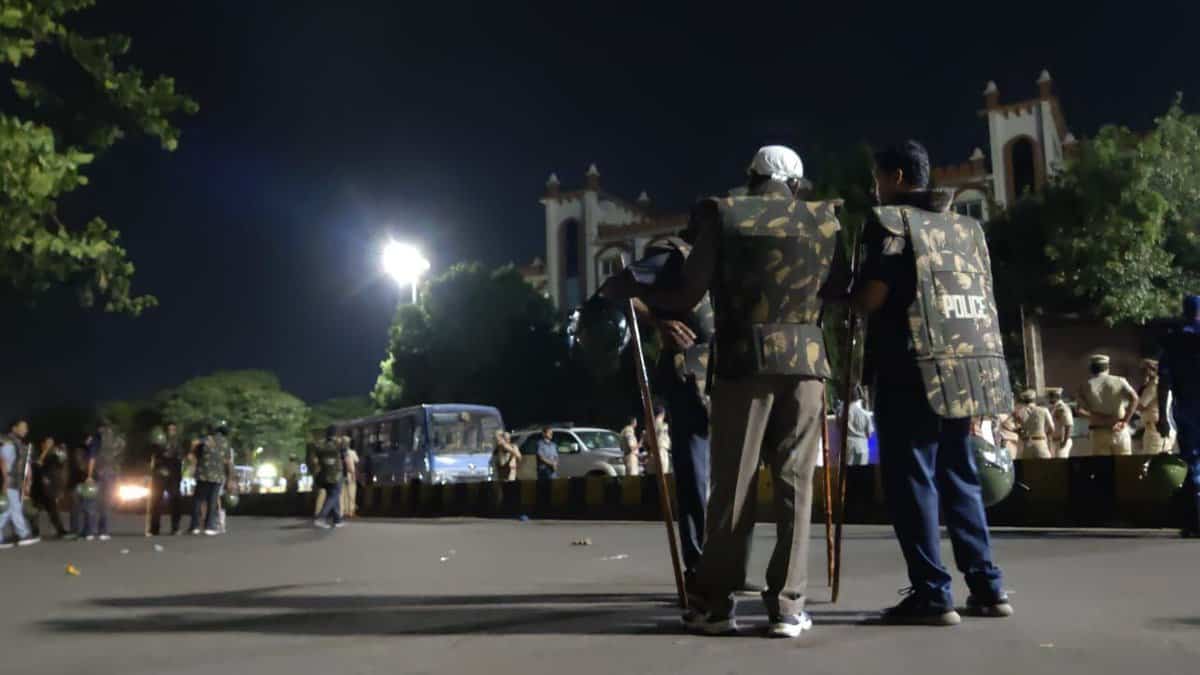 Hyderabad: Four people including a police sub-inspector were injured in skirmishes in protests held against suspended BJP MLA Raja Singh. The protestors, demanding action against him for his remarks on Prophet Muhammad, held several rallies all night. The largest one was held at Shalibanda. A handful of Muslim protestors were also reportedly thrashed when they tried to reach Goshamahal.

The central disciplinary committee of the BJP released his suspension letter, in which it was stated that he violated rule XXV 10 (a) of the party’s constitution. The MLA was arrested and taken to the Bolarum police station on Tuesday after being booked under Sections 295(a), 153(a), 505 (1) (b) and 505 (2) of the Indian Penal Code.

Over 1000 protest in different areas

Around 1000 youngsters protested there from around midnight until nearly 5 am. On two instances, the police had to resort to lathi-charge to disperse the crowds. However, a handful of youngsters pelted stones on the police resulting in injuries to a sub-inspector, whose face was hit by a stone. By 4:45 am, some of the crowd had dispersed. The youngsters were carrying the tri-colour all throughout.

Rallies were also held in Moghalpura, Khilwat, Kala Pathar and other areas. Senior police officials from the Hyderabad police even tried assuring youngsters that action would be taken against Raja Singh. They were however not convinced and questioned how he managed to get bail the same day. Additional commissioner (law and order) DS Chauhan interacted with youngsters at a few places and told them the police will do its job.

When a group of Muslims tried to march to Goshamahal around 11:30 pm, a large number people, believed to be supporters of Raja Singh, retaliated. While a few protestors were severely beaten up, another handful were reportedly taken into custody by the Hyderabad police.

Police officers from the Central Crime Station have also been deployed by to assist the local law and order police. According to sources from the ground, all roads leading to Charminar had been closed by midnight itself. However, the possibility of imposing a curfew has not been considered as the situation is under control, said cops.

After his release, Raja Singh was given a warm welcome by supporters and family members after reaching his residence. Around 100 people gathered and he was escorted to his house by the police. The MLA made