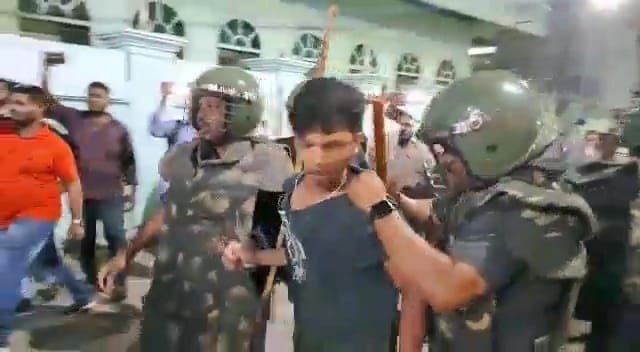 Hyderabad: After a massive crackdown on protestors in the old city, the police have released all the 127 youths who were picked up from their homes late Wednesday. Sleuths of the Commissioner’s task force barged into the homes of several youths in Shahalibanda and other adjoining areas after stone pelting incidents were reported in the Shahalibanda area of the old city.

The police broke open the doors of those protestors who were allegedly involved in violent protests and stone pelting incidents. The sudden police action created a panic in the area and commotion prevailed. The picked up youths including minor children were shifted to various police stations.

The police only registered cases under CrPc section 151 (Arrest to prevent the commission of cognizable offences) and later all the detained persons were let off on personal bonds.

“In order to control the situation the police picked up several youths in the night and they have been released on personal sureties, no case under IPC sections has been booked” said a police official of south zone.