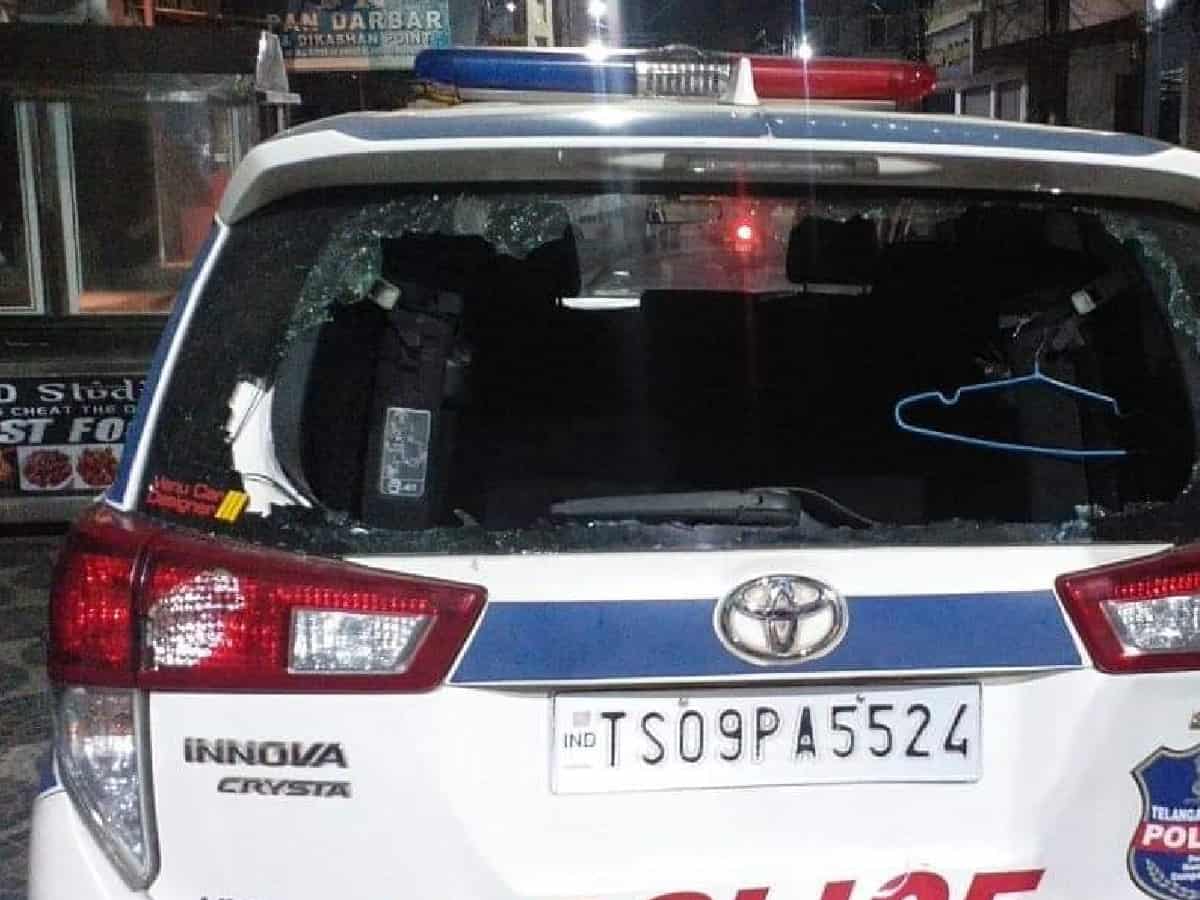 Hyderabad: Amid fresh protests against the bail granted to BJP MLA T Raja Singh in a case filed against him for offensive remarks against the Prophet, protestors damaged a police vehicle in Moghalpura area of Old City, late on Tuesday.

Scores of protesters took to the streets against the bail order given to the BJP MLA in the case and the city police faced challenges as they attempted to clam the crowds.

While the protest was underway, a few agitated protestors allegedly pelted stones at the car of a Moghalpura detective inspector, damaging its window panes.

The police force rushed to the spot and dispersed the protestors. A case is being registered against those who damaged the police vehicle.

The DCP South Zone P Sai Chaitanya has set camp at the Charminar police station to analyse the tense situation of the city and ensure peace.