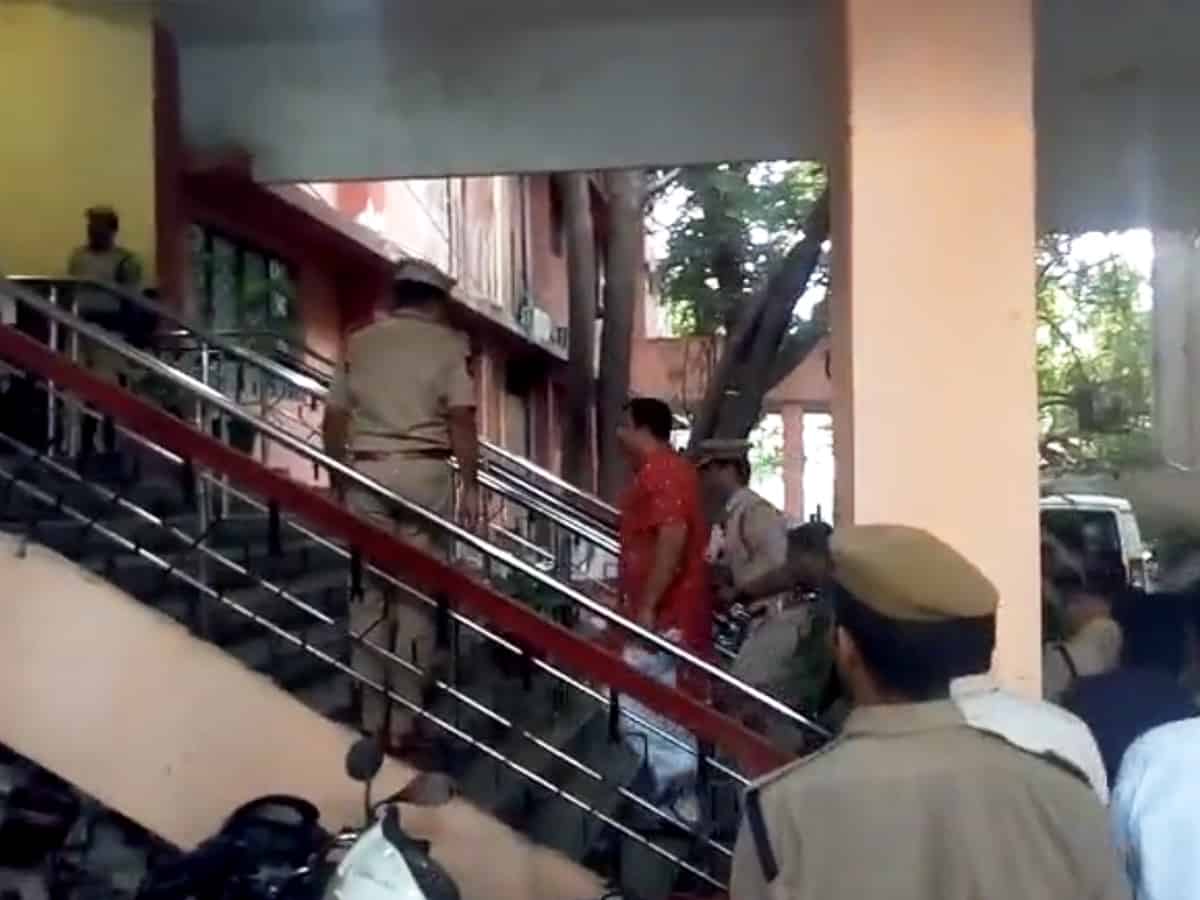 Hyderabad: Suspended Goshamahal BJP MLA T Raja Singh was produced before the Nampally court on Tuesday evening. He was arrested in the morning by the south zone police for making derogatory remarks on Prophet Muhammad in a “comedy video” that he released late on the night of August 22 on Youtube. Some protestors who turned up in the court were also lathi-charged by the police personnel.

What Raja Singh said in the video

The BJP MLA called it “comedy”, and also abused comedian Munawar Faruqui and his mother two days after the comedian’s show was held in Hyderabad.

Telangana BJP distances itself from his comments

The Telangana unit of the Bharatiya Janata Party (BJP) has disassociated itself from party MLA Raja Singh’s remarks on Prophet Muhammad. “Our party respects all faiths and if anyone deviates from it, we will look into it,” chief spokesperson Krishna Saagar Rao said.