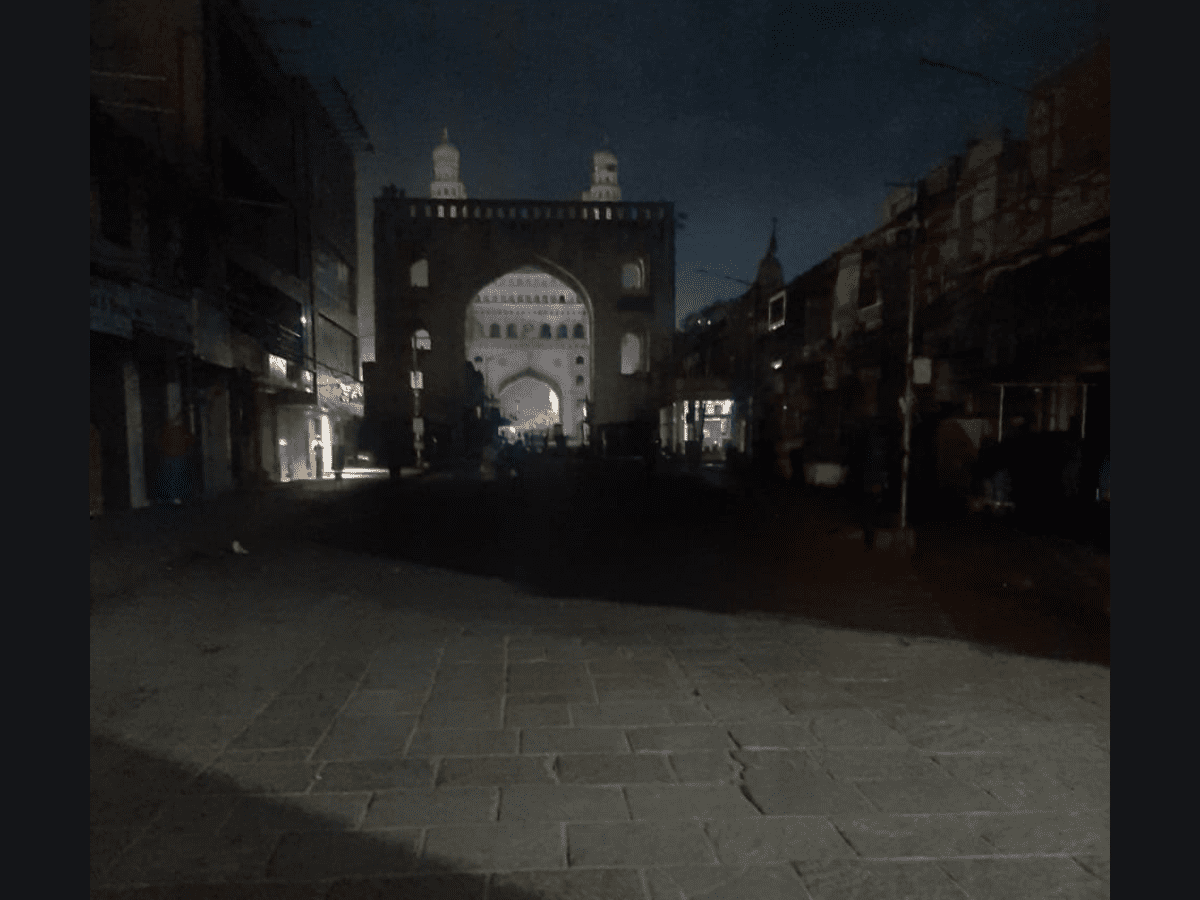 Hyderabad: Following protests against now suspended BJP MLA’s alleged controversial remarks on Prophet Muhammad on Tuesday, the police tightened up movement from all sides making the old parts of the city, especially the lanes around the Charminar a lifeless desert.

According to sources from the ground, all roads leading to Charminar will be closed by 12 AM. But the possibility of imposing a curfew has not been considered as the situation is under control, sources informed.

Usually busy areas like Falaknuma, and Talab Katta all wore a deserted look from 10 pm. Private autos were also not available.

No visitors were allowed to reach the Charminar and two platoons of police were deployed on roads leading to the Qutbshahi monument. Shops and fuel stations have been shut down as well. Except for medical stores, all kinds of shops are closed.

The police have been ordered to stay on alert during the course of the whole night.

Protests against the remarks still continue in the Charminar area.

Meanwhile, Raja Singh was given a warm welcome by supporters and family members after reaching his residence. Around 100 people gathered and he was escorted to his house by the police.

Muslims of the city on Tuesday took part in protests against the now suspended BJP MLA from Goshamahal T Raja Singh for his alleged controversial remarks against Prophet Muhammad.

Crowds of people sloganeered demanding that Raja Singh be delivered capital punishment for his alleged comments at Dabeerpura Darwaza.

He was granted bail by the Nampally High Court on Tuesday evening based on technical grounds.

The defence counsel had moved a bail petition before the court raising several irregularities in the procedure of the MLA’s arrest. The lawyer argued there is a flaw in the Hyderabad police’s process for not complying with the Supreme court’s guidelines.

He was arrested in the morning by the south zone police for making derogatory remarks on Prophet Muhammad in a “comedy video” that he released late on the night of August 22 on Youtube. Some protestors who turned up in the court were also lathi-charged by the police personnel.