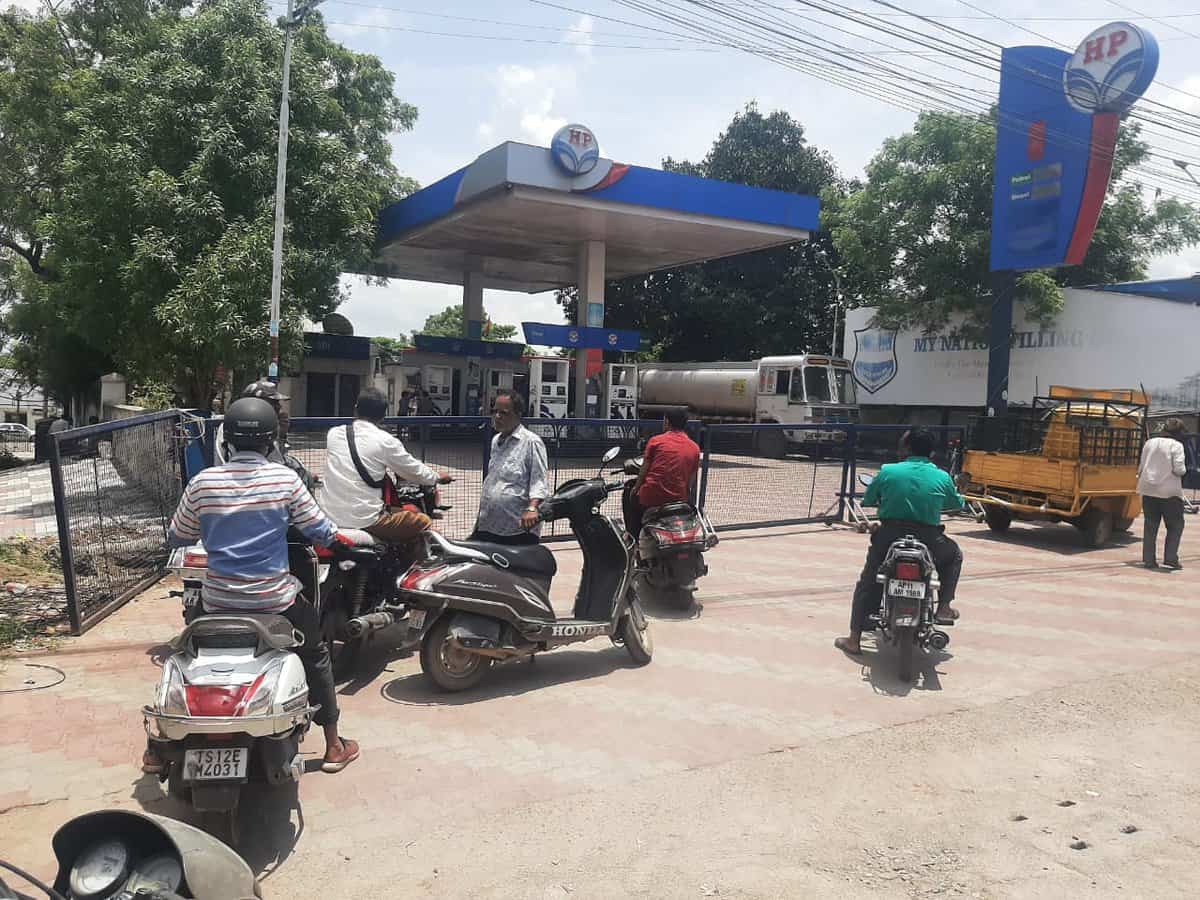 Hyderabad: City police on Wednesday closed down all the petrol pumps across parts of the old city as protests continue against the now suspended BJP MLA from Goshamahal Raja Singh for his alleged controversial remarks against Prophet Muhammad.

Speaking to Siasat.com, the Archeological Survey of India (ASI) clarified that the Charminar is kept open for visitors for now, but will be closed in the case of any major protest or skirmishes.

Four people including a police sub-inspector were injured in skirmishes in protests held against suspended BJP MLA Raja Singh on Tuesday. The protestors, demanding action against him for his remarks on Prophet Muhammad, held several rallies all night. The largest one was held at Shalibanda. A handful of Muslim protestors were also reportedly thrashed when they tried to reach Goshamahal.

Large numbers of personnel from the Rapid Action Force, state police, and Armed Reserve have been posted to contain the situation. On Tuesday night, senior police officials also managed to convince youngsters to back from Mussalam Jung bridge when they tried to reach Goshamahal. Two vehicles were also damaged by the protestors, who demanded action against Raja Singh.