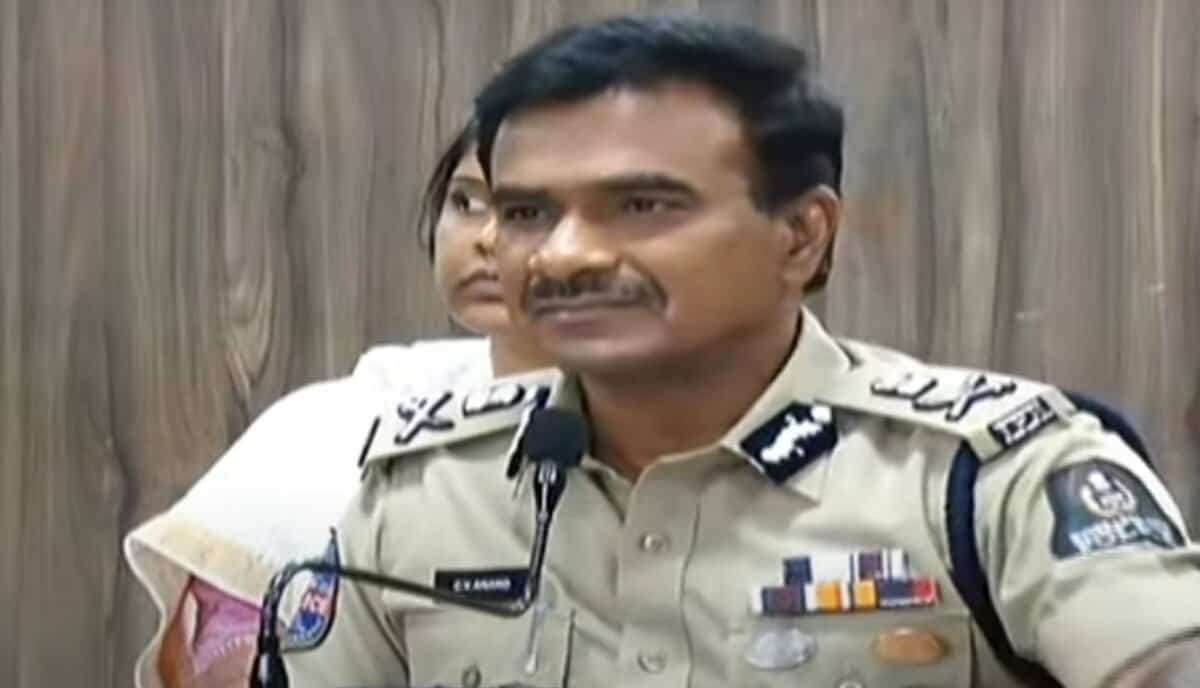 Hyderabad: At a crucial time when the Old City has been gripped with huge protests over offensive remarks against Prophet Muhammad by suspended BJP MLA Raja Singh, Hyderabad police commissioner CV Anand finally visited the affected areas. Anand was nowhere to be seen for the first two days, especially on the night of August 23 when major violence first began at night.

Over the last two days protests have intensified against Raja Singh, after he received bail from a local Nampally court on August 23 following his arrest by the police. The MLA was released as the cops failed to fulfil a small technicality, rendering his arrest futile. Many were left wondering why Hyderabad’s top cop CV Anand was not on the ground.

Raja Singh’s defence counsel had moved a bail petition before the court raising several irregularities in the procedure of his arrest. The lawyer argued there was a flaw in the Hyderabad police’s procedure for not complying with the Supreme court’s guidelines with regard to section 41 of the CrPC. The Old City has been tensed since then, and on boil since last night after the police began thrashing and arresting protestors after barging into their homes.

Cops barge into homes and arrest youth in Hyderabad

The Old City in Hyderabad has been witnessing continuous protests and tension but the south zone police lacked the physical supervision of Hyderabad police commissioner CV Anand. There have been several incidents in the past, during the time of communal troubles, when former commissioners would camp at the old commissioner’s office at Purani Haveli.

However, the present police commissioner is found to be monitoring the situation from the newly made operational police command and control centre at Banjara Hills, it has been learnt. Anger against Raja Singh’s remarks on the Prophet has not died yet, as youth were coming on the streets on Wednesday night in spite of the police resorting to lathi charges and even arrests.

Police officials are believed to be in a state of dilemma as to how to neutralize the protests since they were lacking supervision from the Hyderabad police commissioner for the first two days. Although CV Anand on Wednesday took part in a law and order review meeting of senior police officials with the chief minister K Chandrashekhar Rao at Pragathi Bhavan, he only tuned up in the Old City at night after the situation got out of hand.

Moreover, the south zone deputy commissioner of police (DCP), under whose jurisdiction the Old City falls, also lacks a permanent officer. The present DCP South Zone P Sai Chaitanya is only in-charge of it additionally. The post is important as the south zone is a highly sensitive area of Hyderabad and needs a police officer with good experience in policing.

Additional commissioner of Police DS Chauhan has been entrusted with the responsibility to supervise the situation in the Old City.