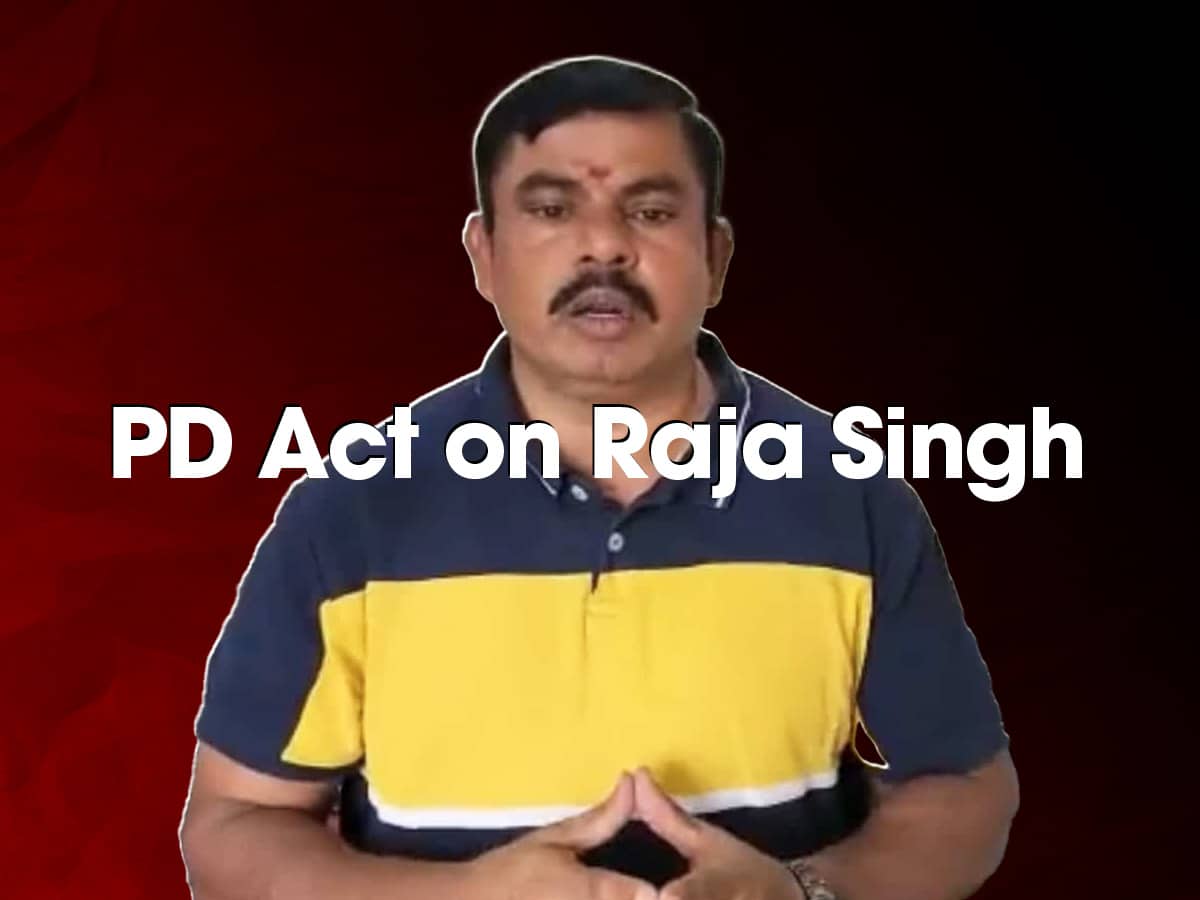 Hyderabad: T Usha Bai, the wife of suspended BJP MLA T Raja Singh has filed writ petition before the Telangana High Court challenging his detention under the Preventive Detention (PD) Act against her husband by the Hyderabad police. The legislator was arrested on August 26 after he made derogatory remarks against Prophet Muhammad in a Youtube video on August 22.

The petition has been filed under article 226 of Indian constitution. Usha Bai contended that while invoking the PD Act, the Hyderabad police did not follow the principles and guidelines issued by the Supreme Court and High court besides contravening mandatory provisions of the act. Raja Singh is currently in Cherlapally jail.

The relevant documents based on which the recommendations have been made for detention have not been provided in Hindi, which is the mother tongue of the detenue, said the wife of Raja Singh.

She alleged that the city police did not give him the opportunity to make a proper and written representation before the advisory committee. Usha Bai in her petition contended that terming her husband Raja Singh as a ‘Goonda’ with a view to prevent him ‘from indulging in dangerous activities in the future’ is “absurd and illegal”.

The petitioner also informed the court that invoking of the PD Act against her husband was done “to satisfy a section of people who are not public at large”. She added that Raja Singh was taken into custody “only to appease them” and not for any other reasons.

Usha Bai said that it also showed the “incompetence of the state police authorities”, which allegedly failed to maintain law and order according to her.

After Raja Singh was first arrested on August 23, he managed to secure bail on the same day. Due to the same reason, protests broke out against him in the Old City, mainly by Muslim youth. It also led to the police cracking down on protestors. The BJP MLA was finally detained under the PD Act on August 26, after which a few protests were also held by his supporters demanding his release.

Terming the detention illegal, Usha Bai also pleaded the court to pass orders quashing the proceedings of the Hyderabad police invoking the PD Act. Since his arrest, Raja Singh been lodged at Cherlapally central jail and security has been increased at jail premises.