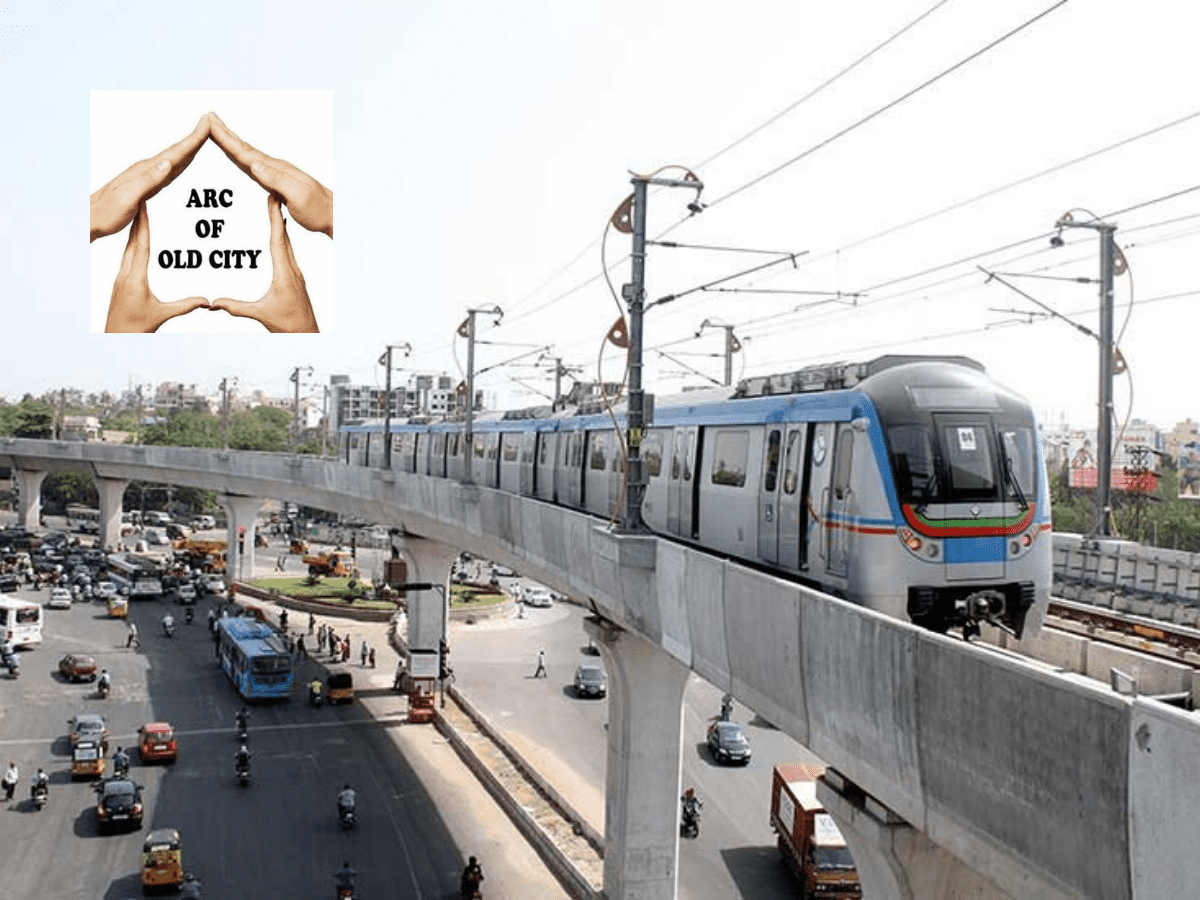 Hyderabad: ‘Arc of Old City’, a non-governmental organisation (NGO), has announced that it will conduct a protest on November 27 to demand the metro rail’s extension in the Old City areas.

A group of activists from the Arc of Old City, which works for developmental causes around Hyderabad, announced that they would hold a protest for the extension the metro rail’s extension to the Old City of Hyderabad.

The time of the protest will be revealed on the same day hours before the event, they said.

Slamming the All India Majlis-e-Ittehadul Muslimeen (AIMIM) for “barely investing into the interests and development of the city”, Arc of Old City’s president Mir Raza Abbas Zaidi alleged that depriving the Old City of development is an attempt to isolate the historically integral part of the state from the rest of Telangana.

The AIMIM had been demanding that the Telangana Rashtra Samithi (TRS) government release Rs 1,000 crore funds for the Hyderabad Metro Rail Project as per the state’s budget for the financial year.

A six-kilometer stretch from Mahatma Gandhi Bus Station (MGBS) metro station to Faluknuma had been promised by the state government before the 2018 elections but little progress has been made so far.

The metro rail inaugurated in 2017, covers a distance of 69.2 kilometers across three corridors, from Miyapur to LB Nagar, from Jubilee Bus Station (JBS) to MGBS, and from Nagole to Raidurgam.

Metro Rail work in limbo in Old City of Hyderabad

The eastern parts of Old City have access to the metro via the Malakpet metro and MMTS station but the western region has been completely cut off.

Is L&T planning to sell its stake in Hyderabad Metro Rail?

The Hyderabad Metro Rail project has suffered huge losses due to the COVID-19 pandemic. Lockdowns, stricter COVID-19 guidelines, and the ‘work from home’ approach adopted by many companies have contributed to the loss following which the L&T decided to sell its stake in the project.

The L&T Company statement said initially an estimated 4.5 lakh passengers used to travel through Hyderabad metro rail within a year.

Although there have been conflicts and hurdles in the construction of the metro in the Old City, talks of its extension have taken place on various occasions but no progress has been made so far.