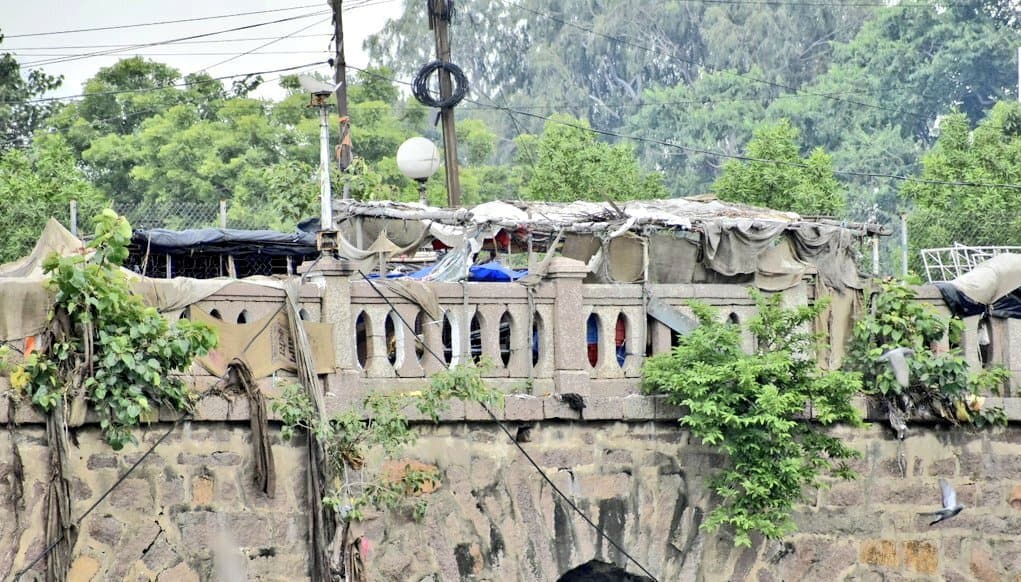 Hyderabad: Telangana Special Chief Secretary MAUD, Arvind Kumar, on Wednesday took to Twitter informing that the Puranapul (old bridge) is being restored. The tweet comes after a user shared photos of its current impaired conditions.

Kumar informed that the bridge, which has a historic significance, will be brought back to its “former glory”. The process of revamping the bridge will include the removal of encroachments, trimming of wild shrubs, and making proper arrangements for hawkers, he added.

The bridge has been in danger of falling apart after a crack was formed due to heavy rains in October, last year. Although it was shut down temporarily, the pathetic conditions of the bridge remained.

The Puranapul (old bridge) was built in the year 1578 by Ibrahim Qutb Shah (1550-80), the third monarch of the Qutb Shahi or Golconda dynasty (1518-1687). It was built as a link between the Golconda Fort, which was a walled city until 1591, the year Hyderabad was founded by Mohd Quli Qutb Shah, Ibrahim’s son.

According to various legends, Ibrahim had constructed this bridge for Mohd Quli Qutb Shah to go and meet his supposed lover or courtesan, Bhagmati. The story goes that after Ibrahim’s death, his son founded Hyderabad and first named it after Bhagmati calling it Bhagnagar. However, many historians have denied the existence of Bhagmati citing a lack of evidence.

More importantly, it may be noted that in 1578 when the Puranapul was constructed Mohd Quli Qutb Shah was only 12-years-old. According to H.K Sherwani, one of the most well-known historians from Hyderabad, the bridge was most likely built by Ibrahim Qutb Shah with an idea to expand outside the Golconda fort towards the Musi river due to the availability of water.

Though Ibrahim Qutb Shah passed away in 1580, two years after the bridge was constructed, his son built upon the idea and founded Hyderabad eventually. As far as Bhagmati is concerned, her existence is still debatable.