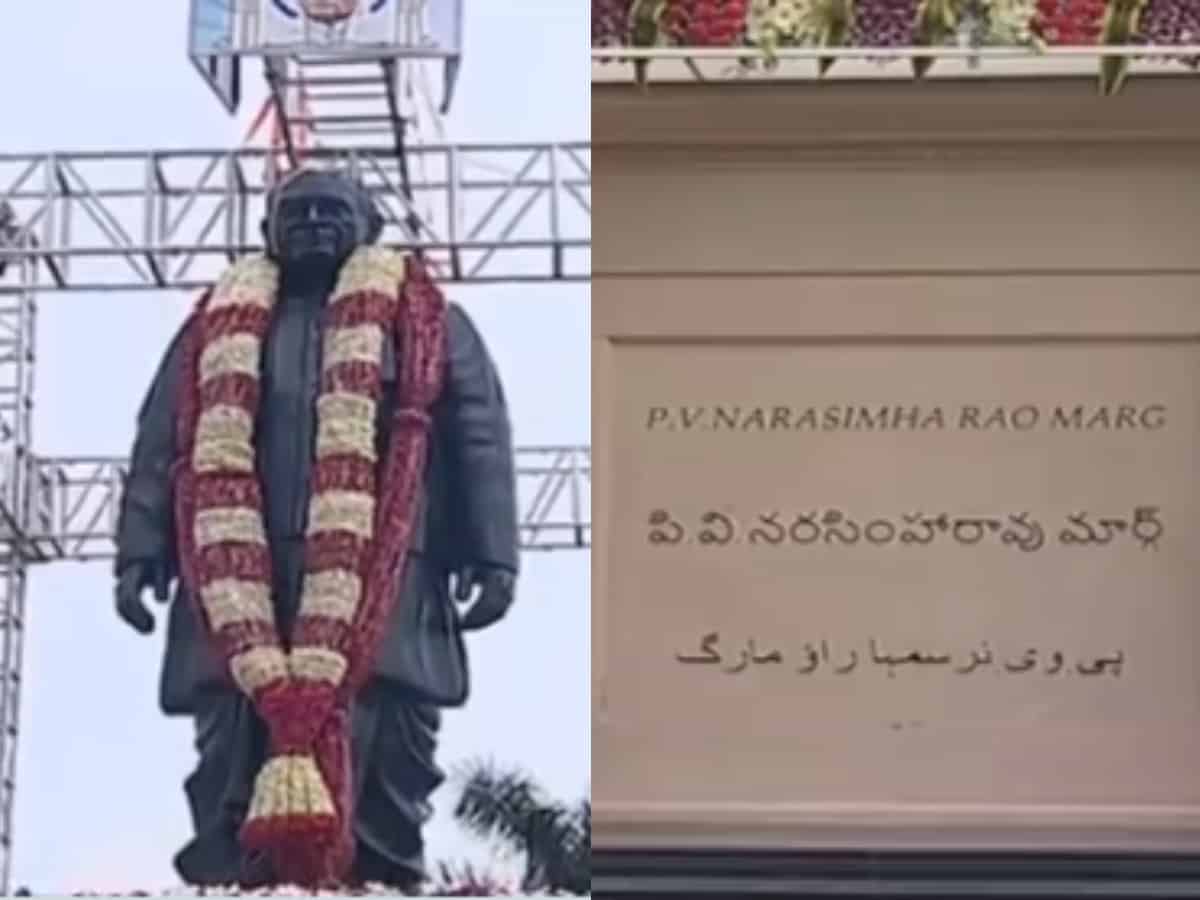 The Necklace Road, where he was cremated and the statue now stands, was earlier rechristened in his name. The signboards have already been installed.

Moreover, KCR’s daughter and ex-member of Parliament K. Kavitha has demanded that PVNR’s be conferred with the Bharat Ratna award.

The move was seen by many as an attempt by the TRS to appropriate PV Narasimha Rao’s legacy. The ruling party, led by KCR, was looking to consolidate a chunk of the Hindu vote bank in Telangana, TRS leaders earlier told siasat.com. It was also aimed at pre-empting the Bharatiya Jana Party (BJP) from doing the same in the state.

The TRS perhaps also wants to avoid the kind of appropriation that has happened with former union home minister and freedom fighter Sardar Vallabhbhai Patel. The BJP has always accused the Congress of neglecting Patel’s legacy. And given that PV Narasimha Rao was the Prime Minister when the Babri Masjid was demolished in 1992, it will be easy for the BJP to co-opt him in Telangana.