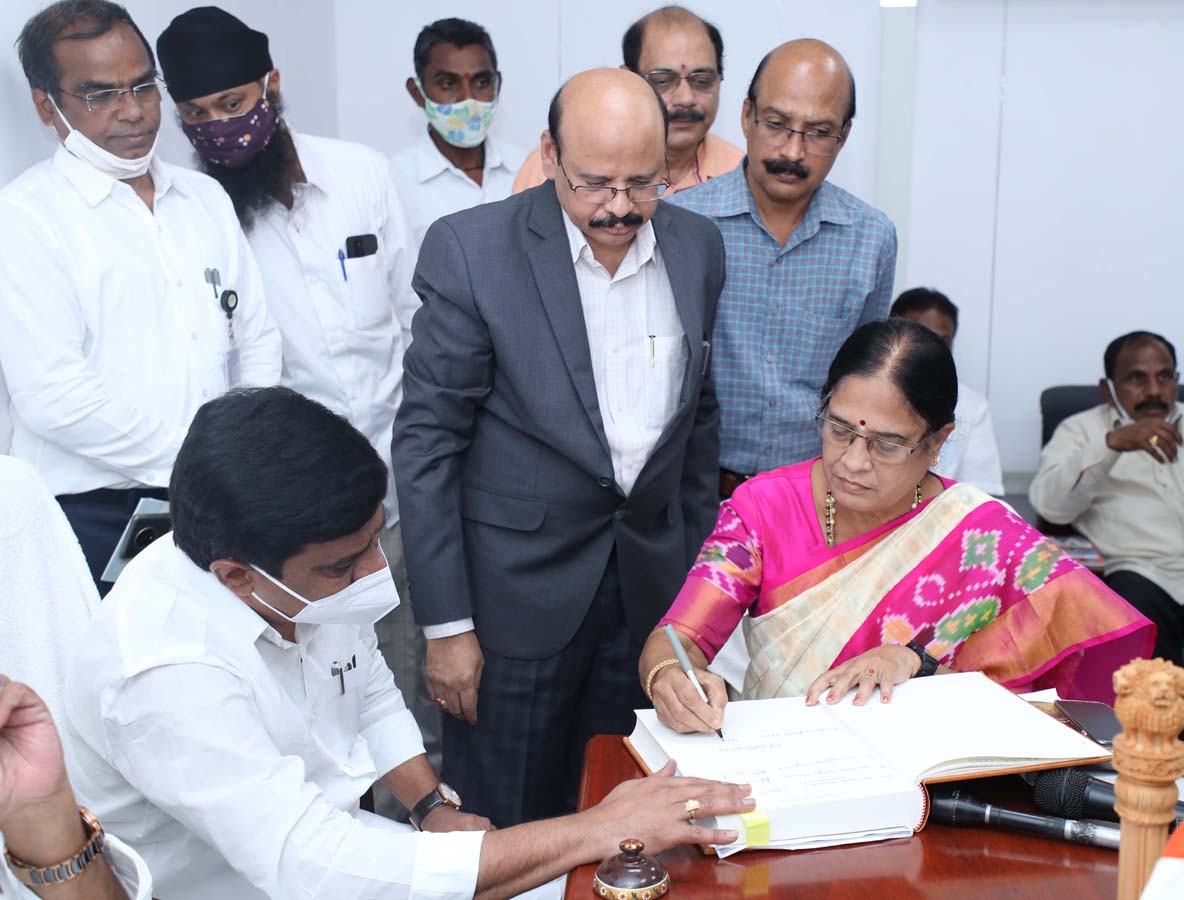 Hyderabad: Surabhi Vani Devi, who has been elected MLC from the Graduates constituency, was sworn-in today. Protem Chairman M. Bhoopal Reddy administered the oath to Vanidevi in his chambers in the Legislative Council here.

Speaking on the occasion, Vanidevi thanked the TRS party for selecting her for the seat. She said that was brought up in political atmosphere. She thought that positions were not necessary to do public Service, but she could render more service if in power. At that time, Chief Minister KCR has provided an opportunity to her to serve as an MLC.