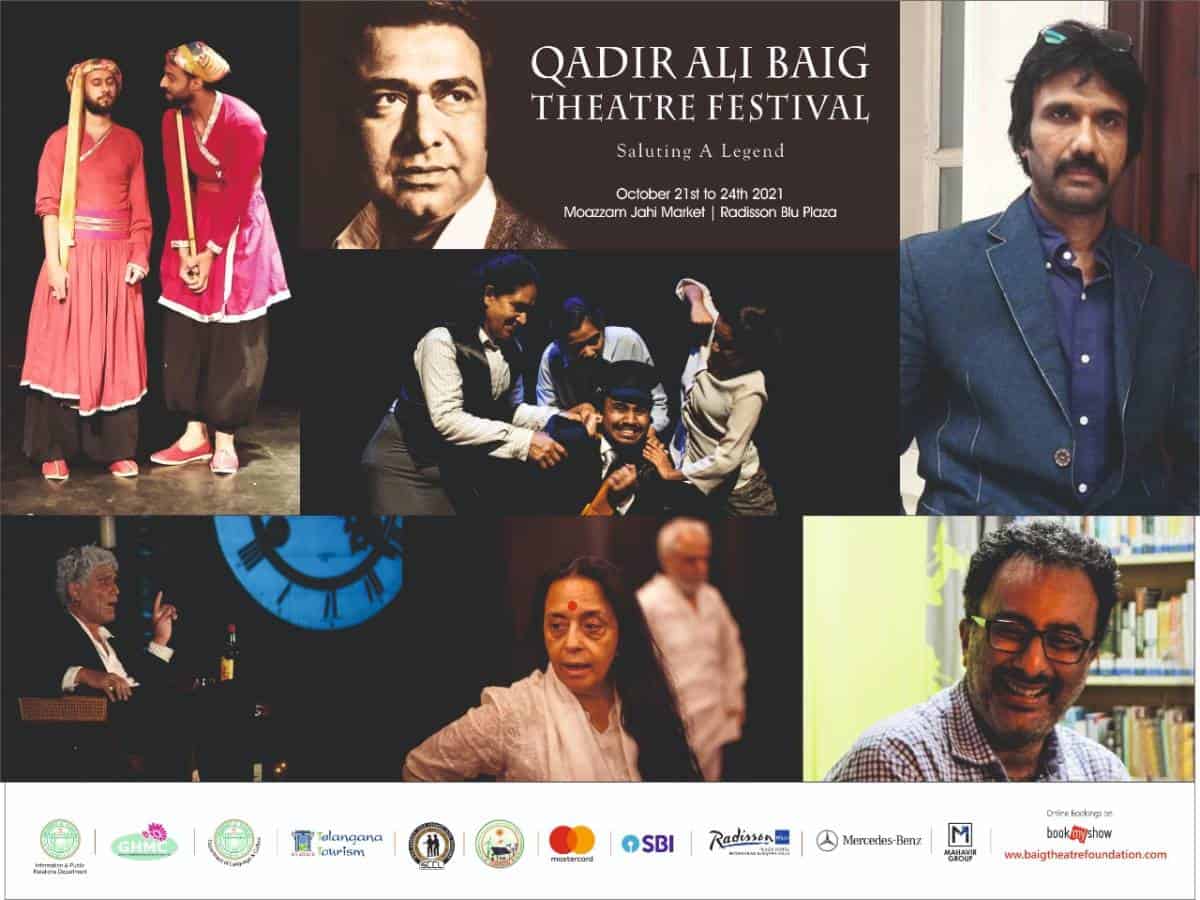 Hyderabad: The Qadir Ali Baig Theatre Festival commenced on Thursday and was inaugurated by Telangana Municipal Administration minister KT Rama Rao at the Moazzam Jahi Market in the city.

The festival commenced at 7:30 pm with a ghazal performance which was followed by a speech made by Mohammad Ali Baig, the son of late Qadir Ali Baig who founded the theatre foundation question. Ali Baig spoke about how the festival and the foundation assured the promotion of heritage in the city and how before the establishment of the foundation, the history of Hyderabad was neglected in significant ways.

The sentiment was echoed by noted singer Ila Arun, who remarked that “the culture of Hyderabad and including the Moazzam Jahi Market’s historic beauty had to be preserved. Minister KT Rama Rao inaugrated the function and stated that it was of utmost importance to “not ape the West and celebrate our own heroes, which is what the festival has been doing for the last few years.” He also congratulated chief secretary Arvind Kumar and the Greater Hyderabad Municipal Cooperation for their efforts in making the festival possible.

The inaugural ceremony concluded with a play written by Rajiv Joseph and directed by Shishir Singh Chauhan titled “Guards at the Taj”.