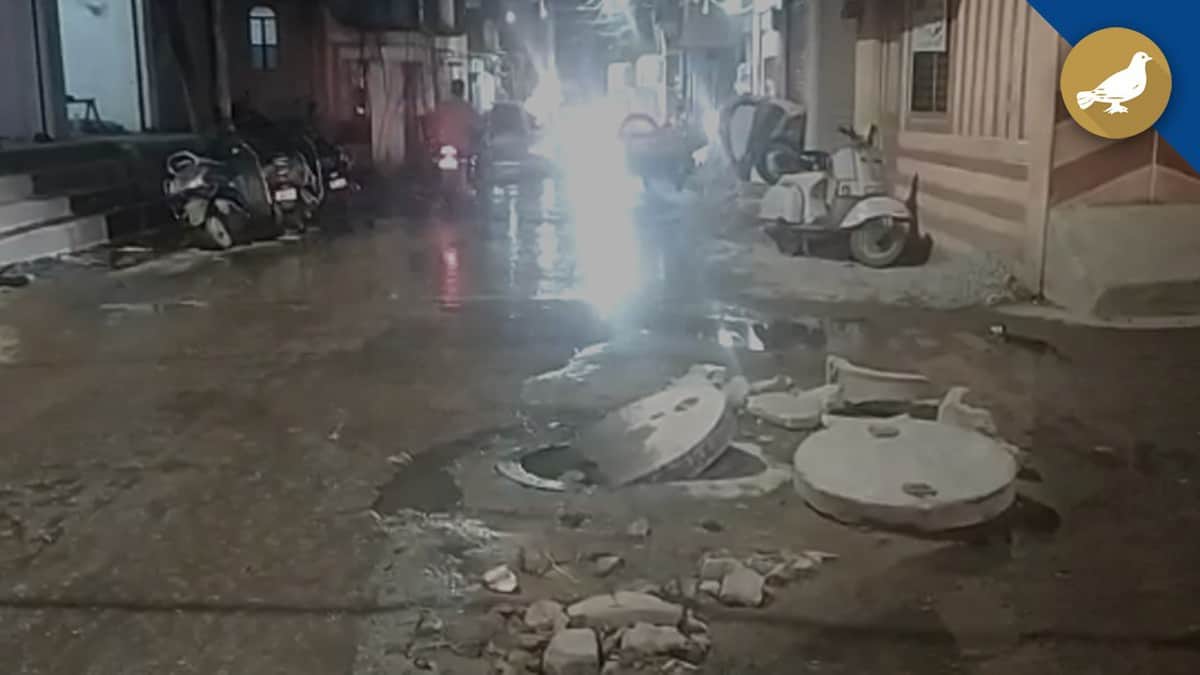 Hyderabad: A fifty-four-year-old man fell into an open drain in Quthbullapur area of the city on September 25. A video of the incident was captured on CCTV cameras, showing that the man had stopped for a smoke when he slipped and fell into the drain before he could hold onto something for support.

A man in the premises who spotted the victim immediately raised a call for help and ran to his rescue but could not save him.

The victim has been identified as V Mohan, a resident of CPR colony and an employee at MTR foods. He was reportedly out with his friends for a drink at Royal Wines. “He was in a drunken state and the body has not been found yet,” said Jeedimetla police station house officer, K. Balraj to Siasat.com.

The police informed this reporter that the incident was immediately reported to the Greater Hyderabad Municipal Corporation (GHMC) after a complaint was filed by Mohan’s family, although the body has still not been found.

Mohan’s case is the second death recorded on the same day which was caused as a result of heavy rains and poor drainage system.

The body of Gopishetti Rajinikanth, a software engineer, was retrieved at Neknampur lake near the Golden Temple, two days after he fell into a manhole on Saturday night due to heavy rains. He left home at 9 pm and fell into a drainage ditch under construction.

The Telangana Government has suspended V Vithoba, Manikonda municipality assistant engineer for his negligence and compensated the family with Rs 5 lakhs.