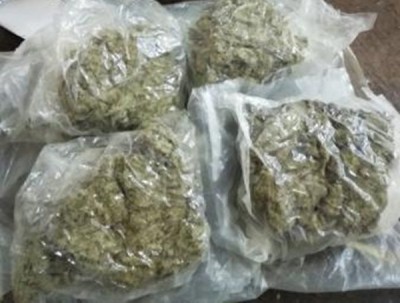 Hyderabad: The Vanasthalipuram police on Tuesday apprehended a ganja peddler and recovered 75 marijuana sachets weighing about half kilograms each from his possession.

The accused Santosh Ray, 34 who worked as a driver belonged to Bihar and migrated to Hyderabad to earn his living along with his family and resided in Inajpur village, Abdullapurmet Mandal, Ranga Reddy district.

The police stated that as the accused was not satisfied with his earnings, he decided to sell weed to youngsters to earn easy money.

The accused allegedly met with an unidentified person at a tea stall, and discussed his financial problems with him. The person agreed to help him with providing marijuana packets if he wishes to sell them.

On that, he agreed to sell the ganja sachets to people for an amount of Rs 100 for each packet. According to the police, the accused took the 75 ganja sachets from the unidentified supplier to sell to his customers.

After a credible tip off, the Rachakonda police arrested the accused on Tuesday.