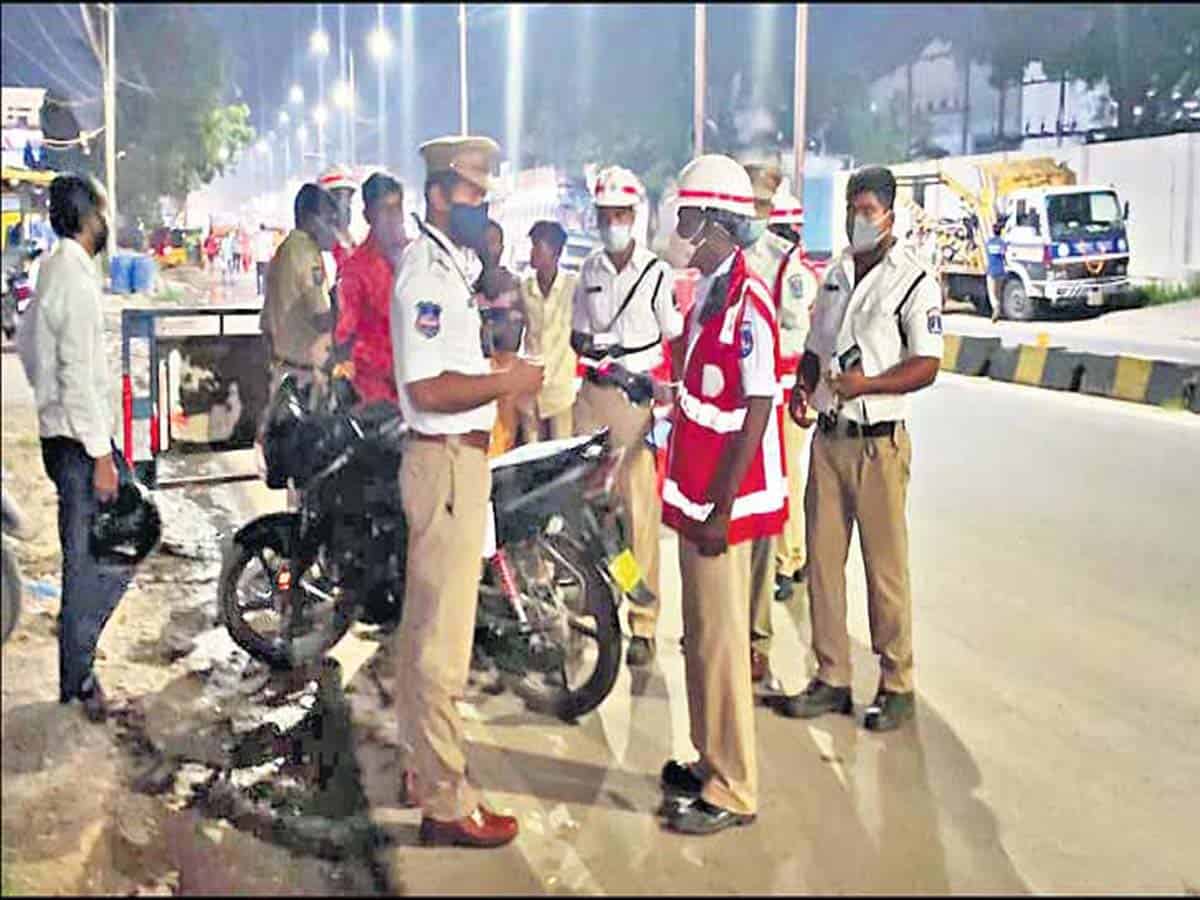 Hyderabad: In a week span, Rachakonda Traffic Police booked over 38000 cases under Motor Vehicle Act and imposed a fine of more than Rs. 1.36 crore.

The highest number of cases was booked for ‘driving without helmets’. ‘Overspeeding’ is the second-highest traffic violation reported during the period from October 30 to November 5. Other violations include driving without a seatbelt, signal jumping.

As per the officials, drunk driving, negligent and over-speed driving are the major causes of road mishaps.

As drunk driving is one of the major causes of accidents, police not only provided counseling to the violators but also booked cases. In seven days, 103 cases were booked against violators.

Out of 107 persons who were produced in the court for drunk driving, three were sent to jail. The court has imposed a total fine of Rs. 2.6 lakh against the violators.