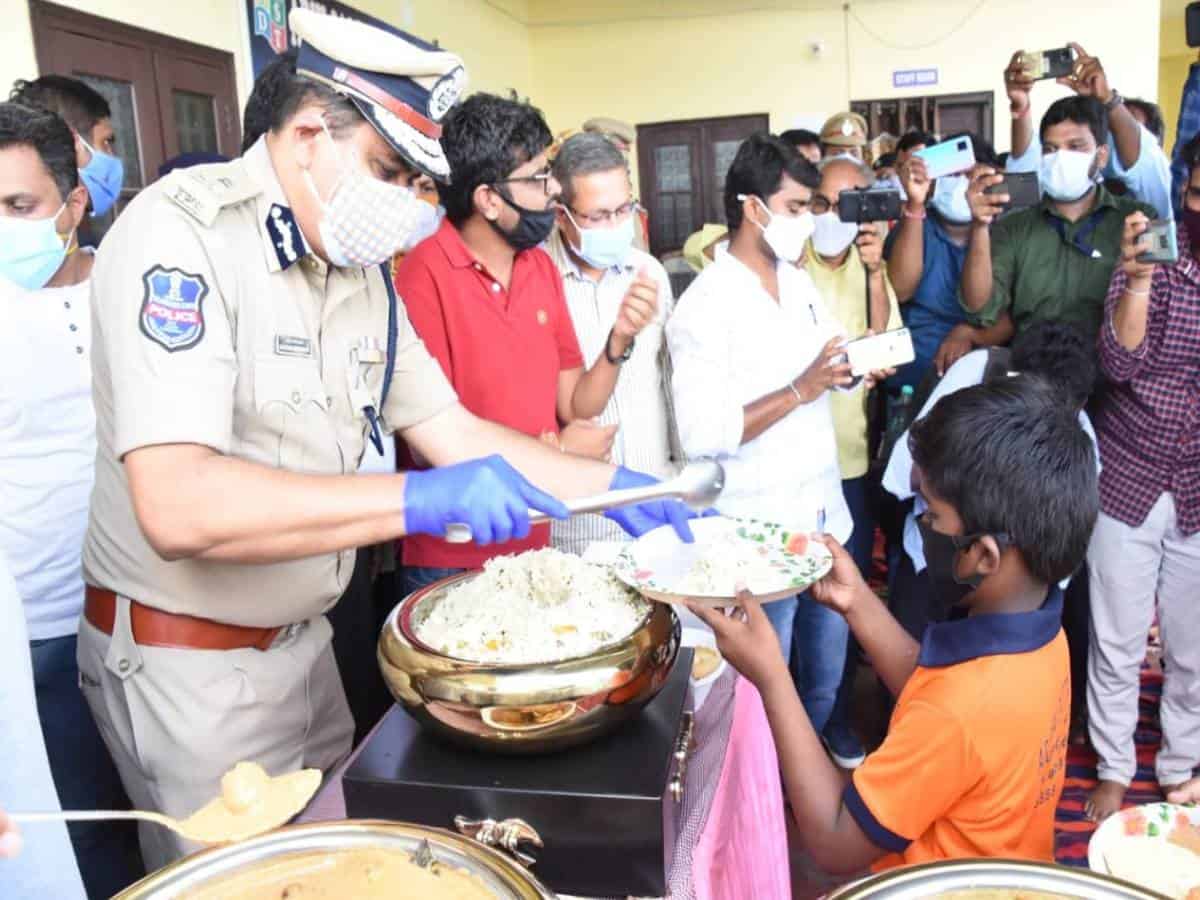 Hyderabad: The Rachakonda Police on Tuesday launched ‘Swasthya Seva’, an initiative to provide food to orphanages, old age homes and drivers on highways with the help of non-governmental organizations. (NGOs).

Speaking on the occasion, Mahesh Bhagwat stated that Rachakonda Police has adopted 18 orphanages and old age homes and will be distributing one meal to them for two months.

He stated that these homes face a lot of problems in the crisis and such a program is aimed at not only looking after their physical health through providing good lunches but also enables philanthropists to visit them.

CP further stated that during the first wave also, Rachakonda Police adopted nearly 77 homes of several kinds with nearly 2876 inmates served with food and dry ration throughout the lockdown period with the help of several NGOs.

Sri Mahesh Bhagwat along with guests served lunch to the nearly 30 kids of the Home and interacted with the kids.