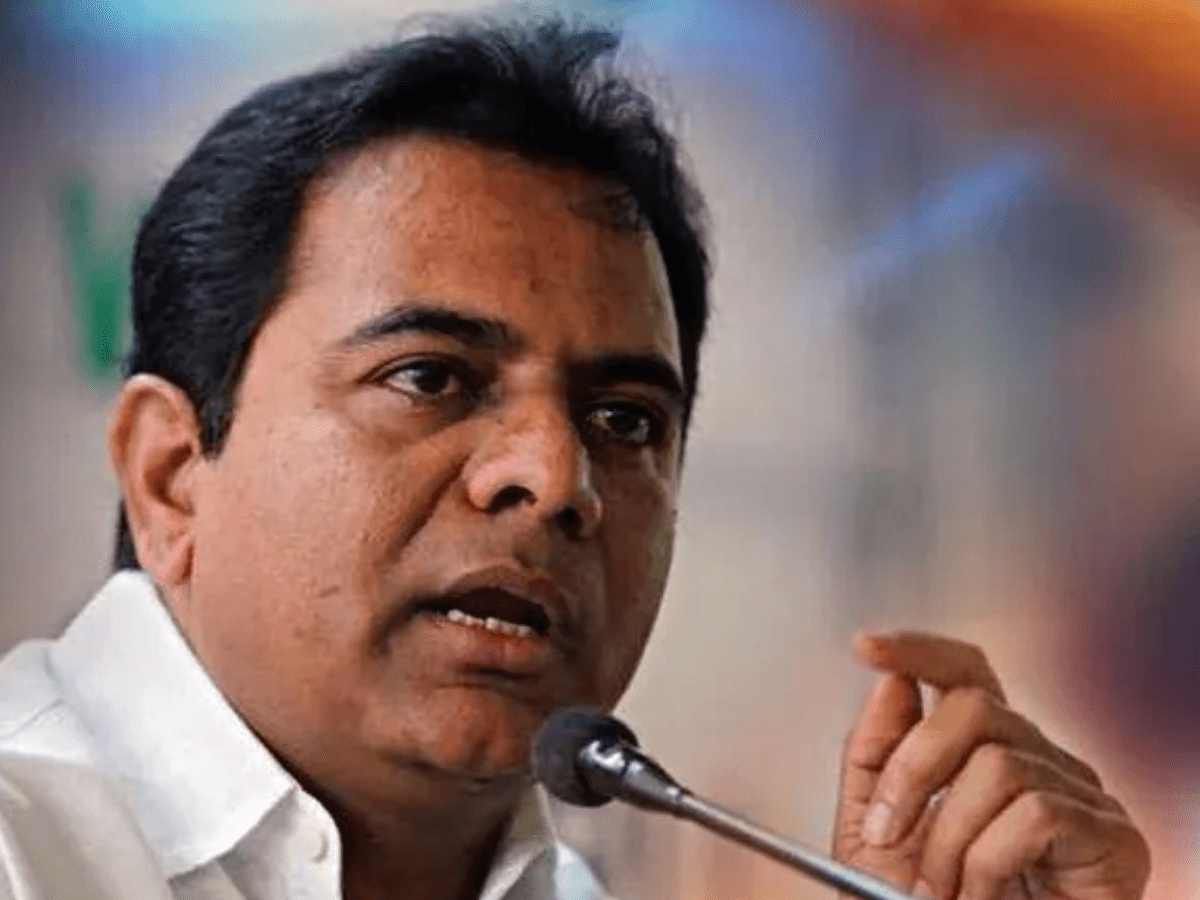 Hyderabad: Referring to the Congress as a weak party, Telangana Rashtra Samithi (TRS) leader KT Rama Rao on Sunday alleged that the Bharatiya Janata Party (BJP) is getting stronger day-by-day because of the grand old party, adding that Rahul Gandhi and his party is the biggest strength of Prime Minister Narendra Modi.

“Congress is the main reason BJP is getting stronger day-by-day. Rahul Gandhi and Congress party is the biggest strength of Narendra Modi,” he said.

KTR further slammed the Central government for unemployment and inflation in the country.

“Highest unemployment and inflation can be seen by in BJPs regime. BJP said they will make farmers majboot but they made them majdoor,” said TRS working president KTR.

Reacting to the Khammam incident where a BJP leader committed suicide alleging TRS Minister Ajay Kumar’s harassment, KTR said, “Incident that happened in Ramayanpet or Khammam is very unfortunate. In Lakhimpur BJP minister’s son in broad daylight killed eight farmers. We are not biased in any case, and we are not influencing any institution. One person committed suicide out of anxiety. What are the circumstances there? Is the BJP having any presence there in Khammam? He was given a pesticides bottle and he has been instigated.”

“BJP state president Bandi Sanjay is a buffoon, a joker. If Telangana was not formed, from where would Telangana BJP or Telangana Congress have come from?” he said.

KTR further challenged PM Modi and the BJP to take responsibility for mass killings and conflicts or communal incidents happening across the country.

Rahul Gandhi to visit Osmania University on May 7: Revanth Reddy

“Karyakarthas (workers) are being instigated by BJP leaders and asked to protest. I challenge PM Modi and BJP to take responsibility for mass killings and conflicts or communal incidents happening in the country. PM Modi endorses Nathuram Godse, a terrorist who killed Mahatma Gandhi and BJP MPs openly support Godse and PM Modi will not utter a say single word against them,” he added.

KTR responding to Telangana Governor Tamilisai Soundararajan’s allegations against the ruling party said, “Everyone should be respected including Governor and CM and Governor shouldn’t speak politically. The governor is nominated by the Centre. The governor on January 26 said that PM Modi granted medical colleges to Telangana, and I want to ask where are those medical colleges? She shouldn’t give political speeches.”

The Telangana Minister further said, “The problem is JCB which is associated with construction and demolition. I think car (TRS symbol) is a better alternative to JCB.”