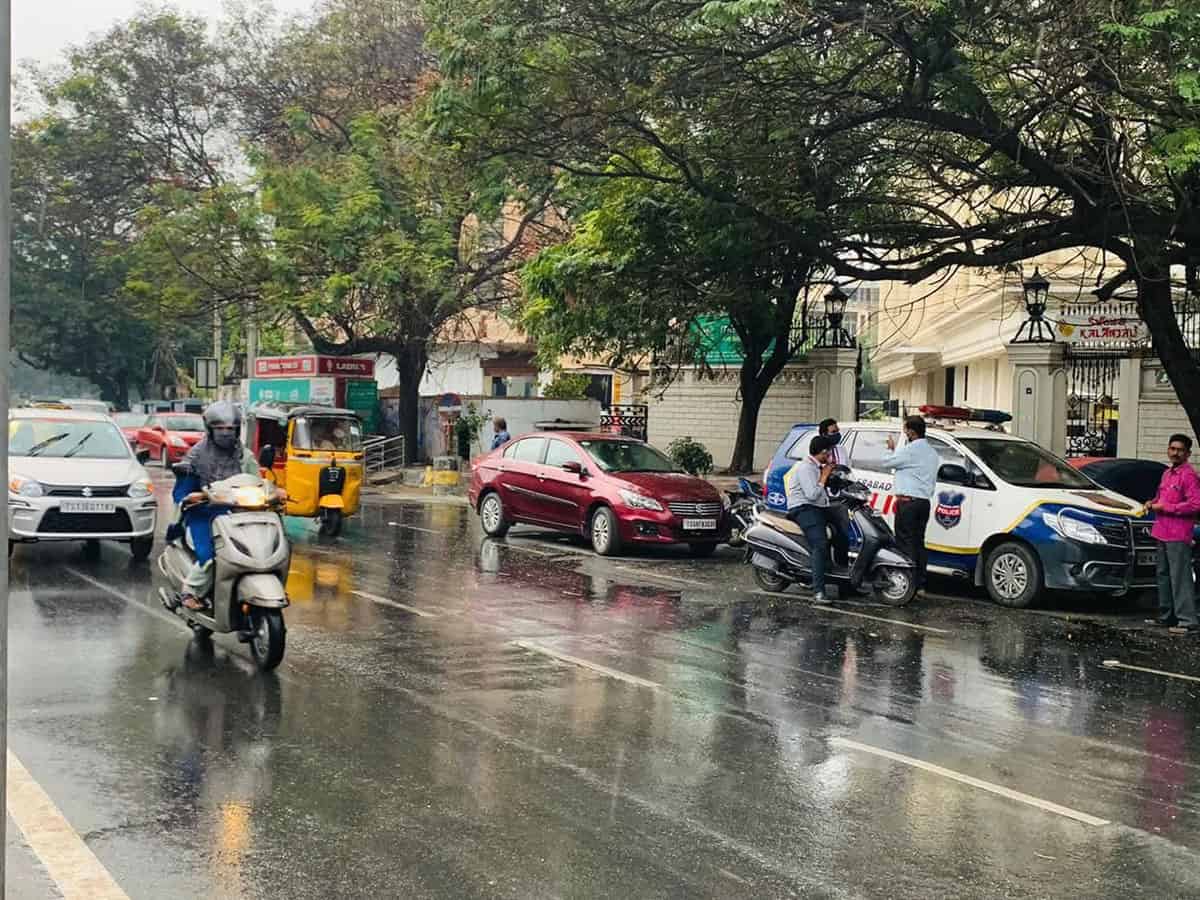 According to the Telangana State Development Planning Society (TSDPS), as of 4 pm, Falaknuma recorded the highest rainfall of 88.5 mm, followed by Malalpet 54.8 mm, Rajendra Nagar 50.8 mm and Santoshnagar 46.3 mm. The lowest rainfall recorded at Mehdipatnam 2.8 mm.

The India Meteorological Department (IMD) on Monday also issued a three-day rainfall warning for the state of Telangana from September 21 to September 23.

The department warned that light to moderate rain or thundershowers are expected at places with heavy rain at isolated places for next three days.

Meanwhile, many netizens took to twitter and shared some of the videos related to the rain in city.