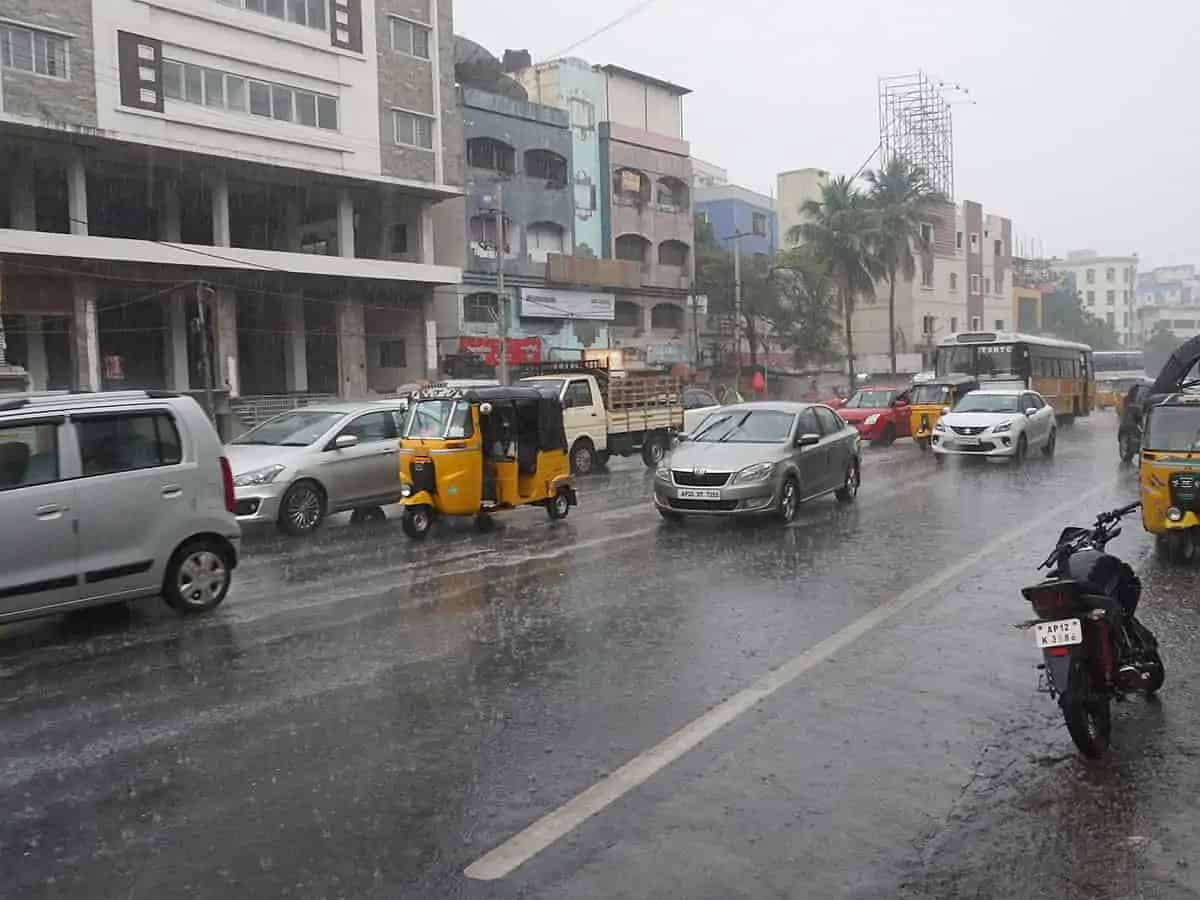 Hyderabad: The city witnessed a brief spell of rain on Monday afternoon along with lightning and thunderstorm. The rain began at around 3:30 pm, and is continuing after an hour too.

According to the India Meteorological Department (IMD), the state will witness thunderstorm with lightning, gusty winds (30-40KMPH) and hailstorm is likely to occur at isolated places in Telangana during the next 48 hours.

In view of the inclement weather, the IMD on Monday, May 3, kept a close watch on Telangana, coastal Andhra Pradesh, Rayalaseema, North Inner Karnataka, coastal Karnataka, Kerala, Tamil Nadu and Puducherry. Residents need to be ‘aware’ of the local weather conditions.

By Tuesday, bad weather is expected to intensify in Telangana and hence an orange warning has been issued in the state from May 4 to 6, with Orange Alert urging residents to ‘be prepared’ for bad weather.

Hyderabad in particular has been placed on orange alert from May 4 to May 6 as rain, thunderstorms, strong winds are likely to affect the city of pearls, especially during the evening hours.

Heavy rain occurred at isolated places in Nirmal and Badradri Kothagudem districts of Telangana during the last 24 hours.

Hailstorms occurred at isolated places in Adilabad, Nirmal, Nizamabad and Kamareddy districts of Telangana during the same period.

The maximum highest maximum temperature of 42 degree celsius and 38.8 degree celsius was recorded in Medak of Telangana and Jangamaheshwapuram of Coastal Andhra Pradesh & Anantapur of Rayalaseema on Sunday.

The maximum temperature of 36 degrees celsius was recorded in Hyderabad, the capital city of Telangana on Sunday, the bulletin added.