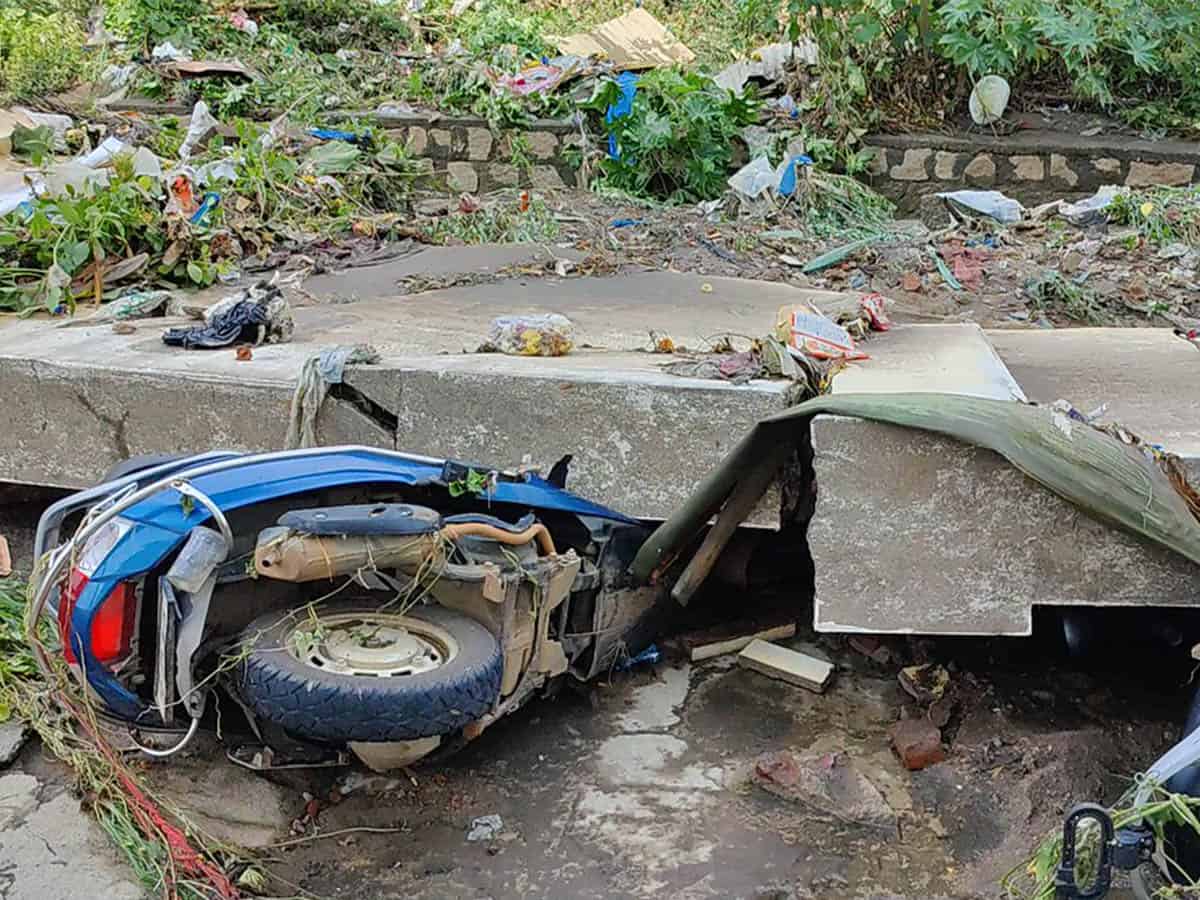 Hyderabad: Several motorcycles were damaged after a fence wall collapsed due to heavy rains onto the two-wheelers at the Asian Shivaganga theater in Saroornagar on Friday night.

A number of vehicles have been crushed and damaged under the fence after it collapsed last night. A few citizens took to Twitter and posted videos of the vehicles and of the area, stating that the theater’s management has taken no action even after 12 hours of the incident.

“The incident took place on the property of Asian Shivaganga Theater in Saroornagar. Vehicles have been crushed under the fence and their owners are asking for compensation or repairs of their vehicles. The GHMC is responsible to take action,”. Saroornagar police inspector K. Seetharam told Siasat.com.

The twin cities and the adjoining areas of the Greater Hyderabad Municipal Corporation (GHMC) on Friday witnessed heavy rainfall over 120 millimetres in many places. The unexpected failure of an IMD radar also could not predict the rainfall, leaving the public in a fix.

In just half an hour on Friday night, Saroonagar Mandal recorded 106 mm throwing vehicular traffic out of gear. A person was reportedly drowned in a nala at Champapet area under Saroor Nagar police station limits as well. However the police could not confirm the incident.

As many as eight flights were also diverted from the Hyderabad airport due to bad weather caused by the rains. The sudden thundershowers that hit the city also resulted in several places witnessing flash floods due to the high intensity of the rains. The IMD had earlier predicted that thundershowers will occur in Hyderabad until October 10.