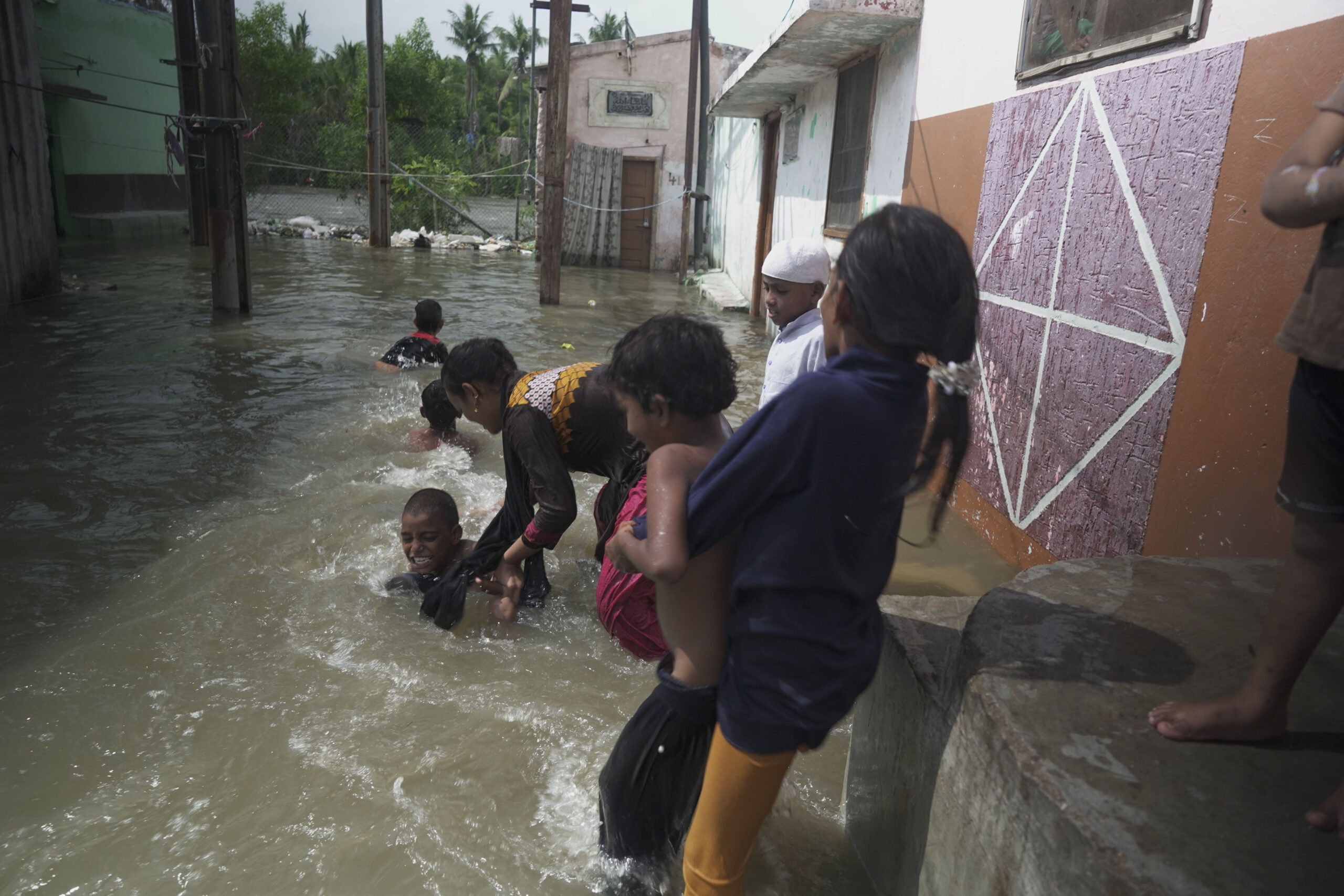 Osman Sagar and Himayat Sagar talaabs or lakes were completed in 1920 and 1927 respectively. While Osman Sagar completed a century of its service, Himayat Sagar will reach the milestone in another 5 years. These two reservoirs designed to prevent floods in Hyderabad have stood the test of times in the last 100 years. The genius of the then city policymakers and engineers can be gauged from the fact that even in the extreme weather event in July, 2022, these two reservoirs stemmed the huge flows from the catchment area caused by sudden, large, excess, heavy rainfall in River Musi catchment area.

Following the downpour, the state government on 26th July sounded high alert. On this day, 8 of the 15 gates of Osman Sagar and 6 of the total 17 gates of Himayat Sagar reservoirs were opened. It was reported that the increased inflows in the twin reservoirs are a result of rainfall in their catchment areas. Vikarabad district recorded about 13cm of overnight rainfall. Neighbouring districts of Sangareddy, Rangareddy, Siddipet, and Yadadri Bhuvanagiri have all reported over 10cm of rainfall in isolated locations.

Usually, these twin reservoirs with a total capacity of about 7 TMC take years to fill up completely. Morphological studies indicate the catchment area of these reservoirs do not generate runoff soon, because of lower value of drainage density, stream frequency and highly permeable subsoil. Notwithstanding the fact that the rainfall was unprecedented and excessive, the biggest concern is how the runoffs have reached the twin reservoirs within a short span of time. The time difference between the actual rainfall and the inflows into the reservoirs was minimal. Some newspapers reported overnight rainfall reached Osman Sagar in a matter of hours. Distance between Marpalle and Osman Sagar is 67 km. And, from Mominpet, where large excess rainfall was reported, it is 53 km.

As per HMWSSB on July 1st stored water in both the reservoirs was 5.312 TMC. By 6th of July it came down to 5.296 TMC. On 13th July, total stored water in the reservoirs 5.384 TMC, even though there were large excess rainfall in both Rangareddy and Vikarabad districts. On 20th July and 27th July, 2022, it was 5.478 and 6.418 TMC respectively. However, on 26th July, 8 gates in Osman Sagar and 6 gates of Himayat Sagar were opened. This resulted in full flood flow in River Musi downstream, as visuals and the inundation was recorded. As per data released by Indian Meteorological department, weekly departures district-wise in July, shows that 13th July the departure was very high at 252 and 251 for Rangareddy and Vikarabad districts. By 20th July, this departure was negative at -22 and -18 respectively. However, by 27th July, this departure showed a spike of 173 and 108 for the respective districts.

As alleged by Dr. Lubna Sarwath, there is heavy data fudging by HMWSSB. Inflows from the rainfall in 2nd week of July increased the storage levels in the reservoirs. In 3rd week of July, HMWSSB lifted the gates to enable outflow, expecting adverse backwater effect on the encroachments, high-end residential areas and unauthorized layouts in the 10 km radius. By doing so, it has compromised the safety of poor housing colonies along the Musi River.

In 2020, Shankarnagar, Kamal Nagar, Moosa Nagar and other localities were flooded near Chaderghat Bridge. Residents did not receive compensation. In Shankarnagar alone, some 25 houses were listed as completely damaged by the Revenue Department. In these 3 years, these poor households were flooded 4 to 5 times. The reason does not entirely lie on heavy rainfall. There is a fair bit of unfair management by HMWSSB which is protecting the rich and influential in the catchment areas of Osman Sagar and Himayat Sagar, at the cost of the poor and vulnerable sections downstream. It is also alleged that these residents did not receive advance warning from the authorities, earlier and this year as well. Visuals and photos on the social media show that the residents had to evacuate themselves, often dangerously.

Most Hyderabadis do not have sympathy for encroachers of Musi River. But then the iconic twin reservoirs are under encroachment, with active connivance of the regulators. These two reservoirs were constructed to prevent floods to Hyderabad, in order to save them from tragedy and penury. But the reservoirs management seems to be following a policy of favouring the rich encroachers, while being unsparing of the poor. Management of these reservoirs need to be transparent and participatory. Government should develop guidelines and protocol to protect the reservoirs as means to control floods and also to protect people from floods.

Dr Narasimha Reddy Donthi is a public policy expert. He can be reached at [email protected]