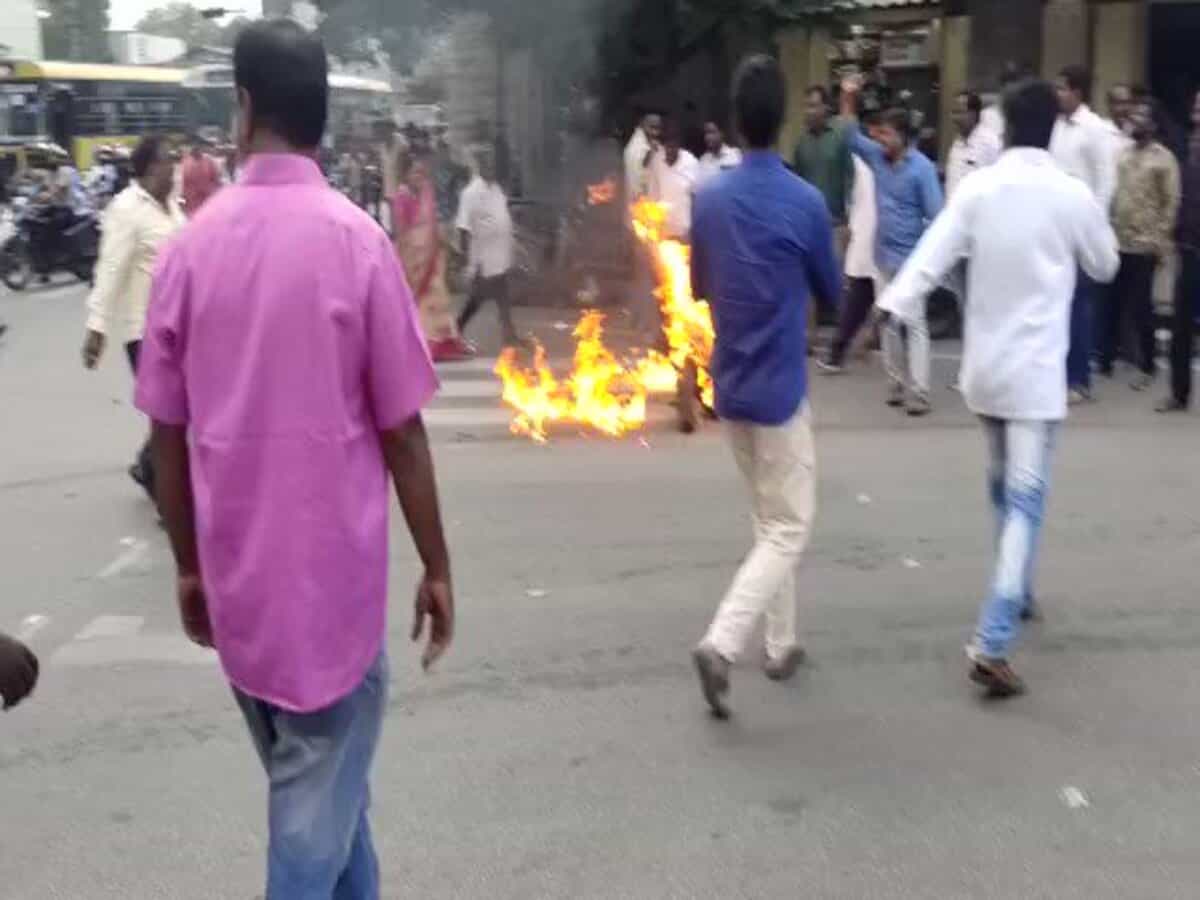 The effigy-burning and protests were a result of Singh’s arrest on Thursday under the Preventive Detention (PD) act. He was arrested for making derogatory remarks against Muslims and Prophet Muhammad on August 23.

Post the arrest, Raja Singh was taken to the Gandhi Hospital for the sake of a medical checkup.

“He is being lodged in Central Prison, Cherlapally currently,” the police informed.

What is the Preventive Detention Act?

The Preventive Detention Act also known as PD Act is a law that is invoked by the police on habitual and notorious offenders to keep them locked in jail for a period of one year. The Act is invoked against culprits because they are believed to be a threat to society.

“The detenu T. Raja Singh Lodh has been habitually delivering provocative and inflammatory speeches and driving a wedge between communities leading to public disorder. The proposed detenu Raja Singh posted online an offensive video on 22nd August 2022 on “Shree Ram Channel, Telangana” with the title “Faruqui K Aaka Itihaas Suniye” on YouTube against the Prophet Mohammed, who is venerated by the Muslim community with an intention to provoke all sections of people and thereby cause a breach of peace and public tranquillity. The proposed detenu commented very blasphemously against Prophet Mohammed and his lifestyle,” the police said in its press note.

“Any venomous hate speech has the potential of provoking individuals to commit acts of riot, indiscriminate violence, terrorism, etc. Offensive speech has real and devastating effects on people’s lives and risks their health and safety and severely affects fraternity, the dignity of individuals, unity, and national integration, and also offends the fundamental rights guaranteed under Articles 19 and 21 of the Constitution of India,” they further said.