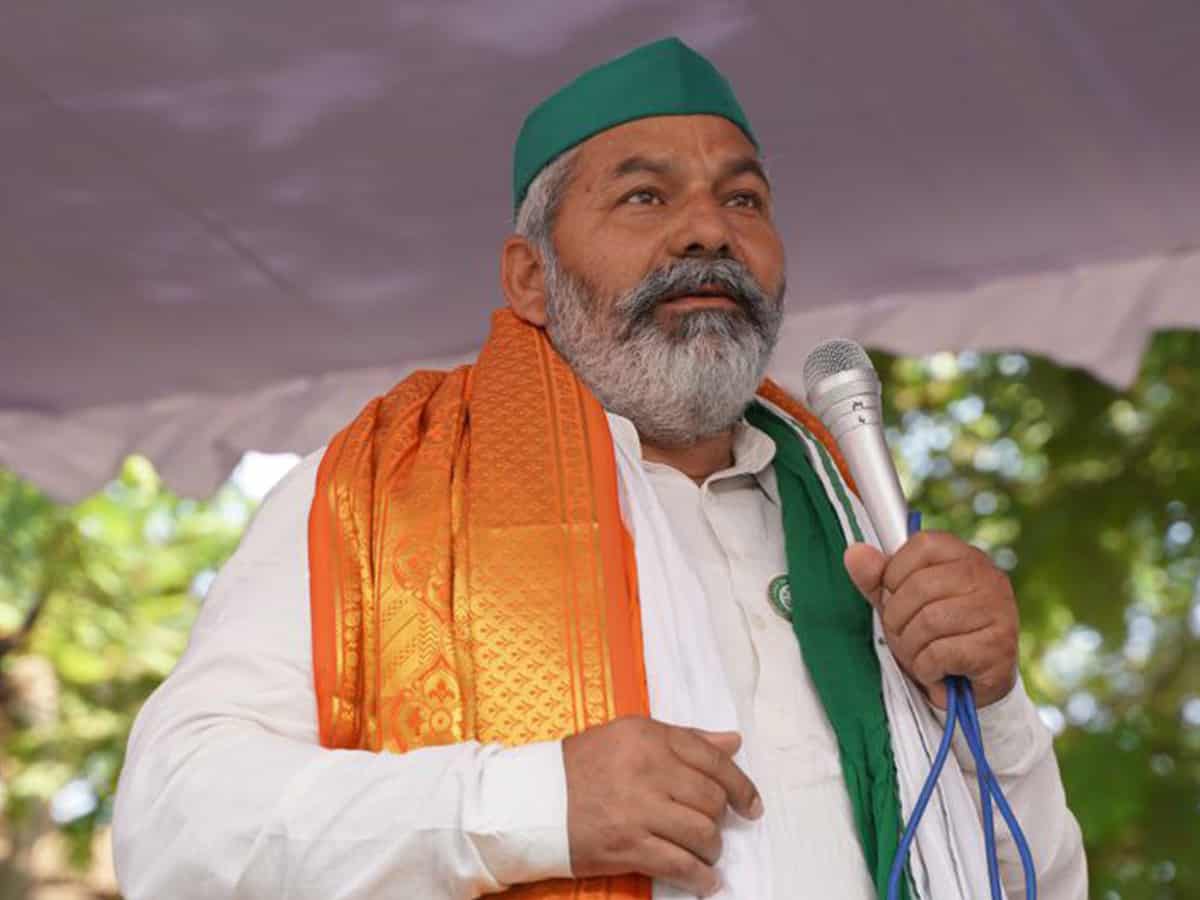 Addressing the ‘Maha Dharna’ at Hyderabad’s Dharna Chowk to mark the anniversary of the farm stir, Tikait launched a scathing attack on KCR and asked the people of Telangana to keep him “tied” to the state so that he doesn’t go out helping BJP everywhere in the country.

Earlier, in September, Tikait had also targeted Hyderabad MP Asaduddin Owaisi by calling him BJP’s ‘chacha jaan’. He alleged that All India Majlis-e-Ittehadul Muslimeen (AIMIM) leader and BJP were a team and the farmers needed to understand their moves well.

The ‘Maha Dharna’ in Hyderabad is organised by the All India Kisan Sangharsh Coordination Committee (AIKSCC), Telangana to mark the one-year anniversary of the farmers’ agitation and celebrate the historic victory of the farmers whose movement resulted in the repeal of the three farm laws.

In his address, Rakesh Tikait questioned KCR over his recent announcement of providing Rs 3 lakh ex-gratia to each farmer who died fighting against the farm laws. “What about the farmers of Telangana who are dying due to loans?” the farmer leader asked.

Commenting on paddy procurement, the issue that has been worrying farmers in the state, Tikait said that Telangana farmers will get their paddy returns only when the Centre makes Minimum Support Price (MSP) law in Parliament.

He said that even though the languages spoken across the country are different, the spirit of the farmers is the same and so is their struggle.

Responding to Prime Minister Narendra Modi’s call to farmers asking them to go back home, Tikait said, “we won’t go back until all our demands have been fulfilled.”