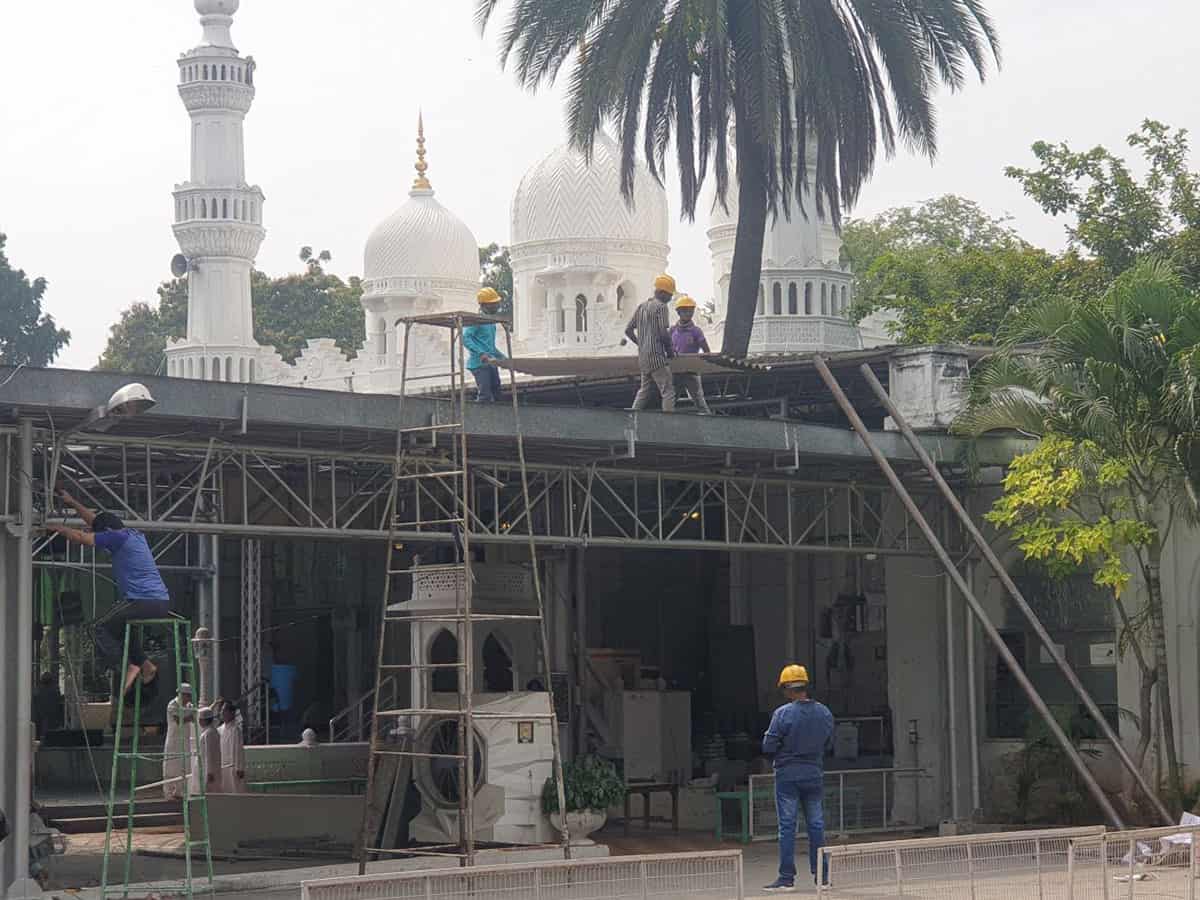 Hyderabad: After awaiting for many years, finally the rehabilitation, renovation, repairs & maintenance at Royal Mosque (Shahi Masjid) in Public Garden, Nampally had begun on Thursday.

The work whose estimated value is around Thirty four lakhs has commenced at the Mosque premises.

The Department of Minority Welfare has entrusted the responsibility to the State Wakf Board to start the repairing works. The Telangana State Education and Welfare Infrastructure Development Corporation (TGEWIDC) has called tenders for completing the work at a fast pace.

Amid growing numbers of Musalis (Devotees), at Shahi Masjid the Government has  decided to set up a shed in the mosque courtyard and to complete the flooring work at earliest before the beginning of Holy month of Ramadan in April 2022.

On Thursday the renovation work at Royal Mosque began with the asbestos roof being removed and the steel structure was also being taken off for commencing the work.
There is a plan to construct new toilets and ablution facilities in the mosque.