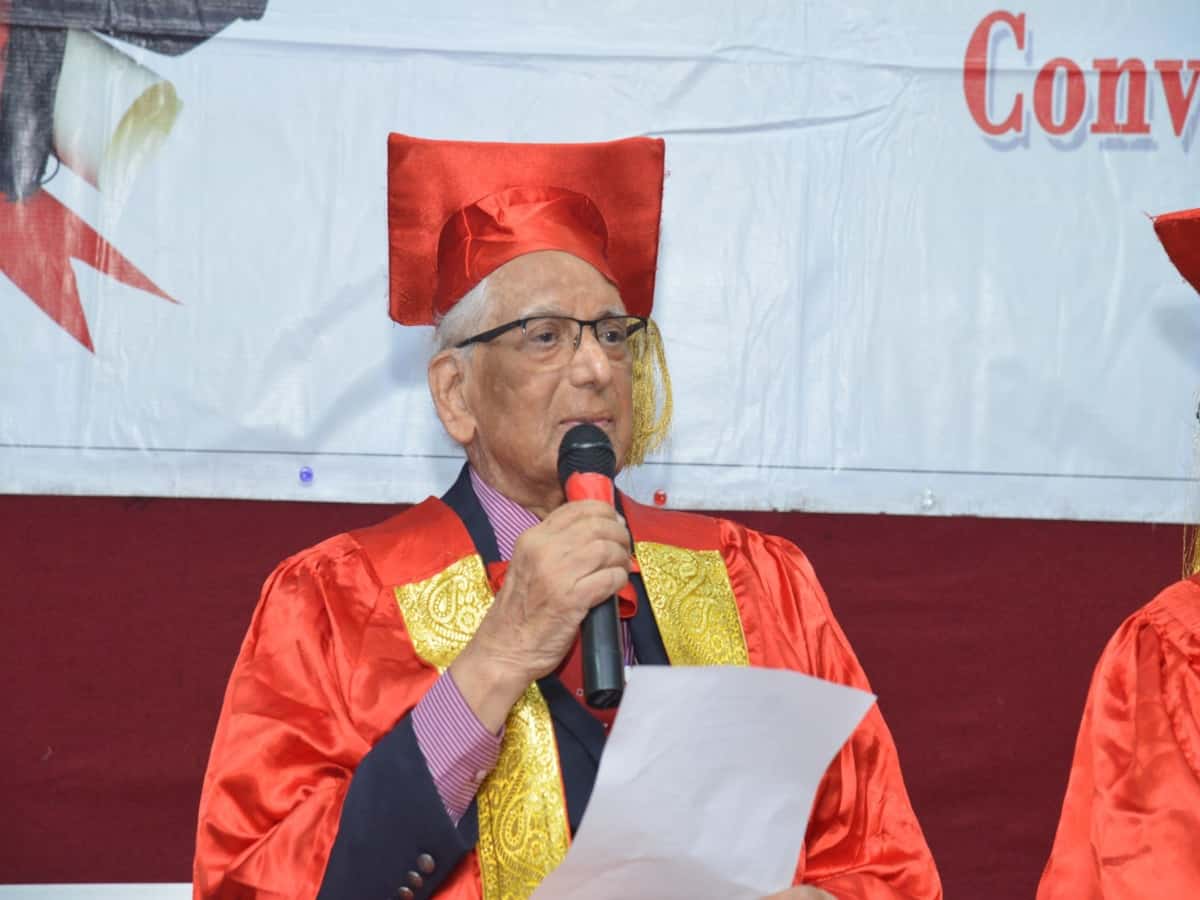 He is remembered in creating NIMS from its predecessor Nizam Orthopedics, by implementing a new structure and converting it to into a premier medical institution in the country, at the behest of former chief minister NT Rama Rao.

Born in an agricultural family-to Venkata Ratnam and Manikyamma at Pedamuttevi village of Andhra Pradesh’s Krishna district in 1925, Rao completed his MBBS from Andhra College and later MS in Radiology at New York University of Postgraduate Medical School. He worked as Professor of Radiology at Osmania Medical College and New York College of Pediatric Medicine.

He was a Professor of Radiology at Albert Einstein College of Medicine, New York until he returned to India in 1986, to join Nizam Orthopedics. As honorary, founding president of NIMS, he worked without any salary for a total period of over 10 years.

He was also the chairman of Medwin Hospitals, Hyderabad and SVIMS, Tirupati.

Dr. Rao was also the founding president of Telugu Association of North America (TANA), an umbrella organization for Telugu speaking people in the United States.

For his valuable contributions to the field of medicine, government of India conferred Kakarla Subbarao with Padma Shri, the fourth-highest civilian award, in 2000.

Telangana chief minister K Chandrashekhar Rao on Friday expressed condolences over the death of Dr Kakarla Subbara and recalled the services he in the field of medicine. He said that Dr Subbarao’s contribution to NIMS as Director is worth mentioning. The CM conveyed his condolences to members of the bereaved family.

In his statement, Telugu Desam Party supremo and former Andhra Pradesh chief minister N Chandrababu Naidu said: “The news of the death of renowned doctor Kakarla Subbarao shocked me. Subbarao came to his homeland at the call of NTR to provide medical services. He became the Director of NIMS and turned it into a top hospital.”

It is a great loss to the medical field, he added.

In a message, Subbarao’s family thanked relatives and friends for their prayers and best wishes for his health over the last few months.

Speaking about Dr Subba Rao, the message said, “He was a person of great integrity, high moral values and a lifelong learner and Teacher. His exemplary enthusiasm has inspired thousands of Medical and Non-medical professionals and motivated them to excel in their relevant fields.”