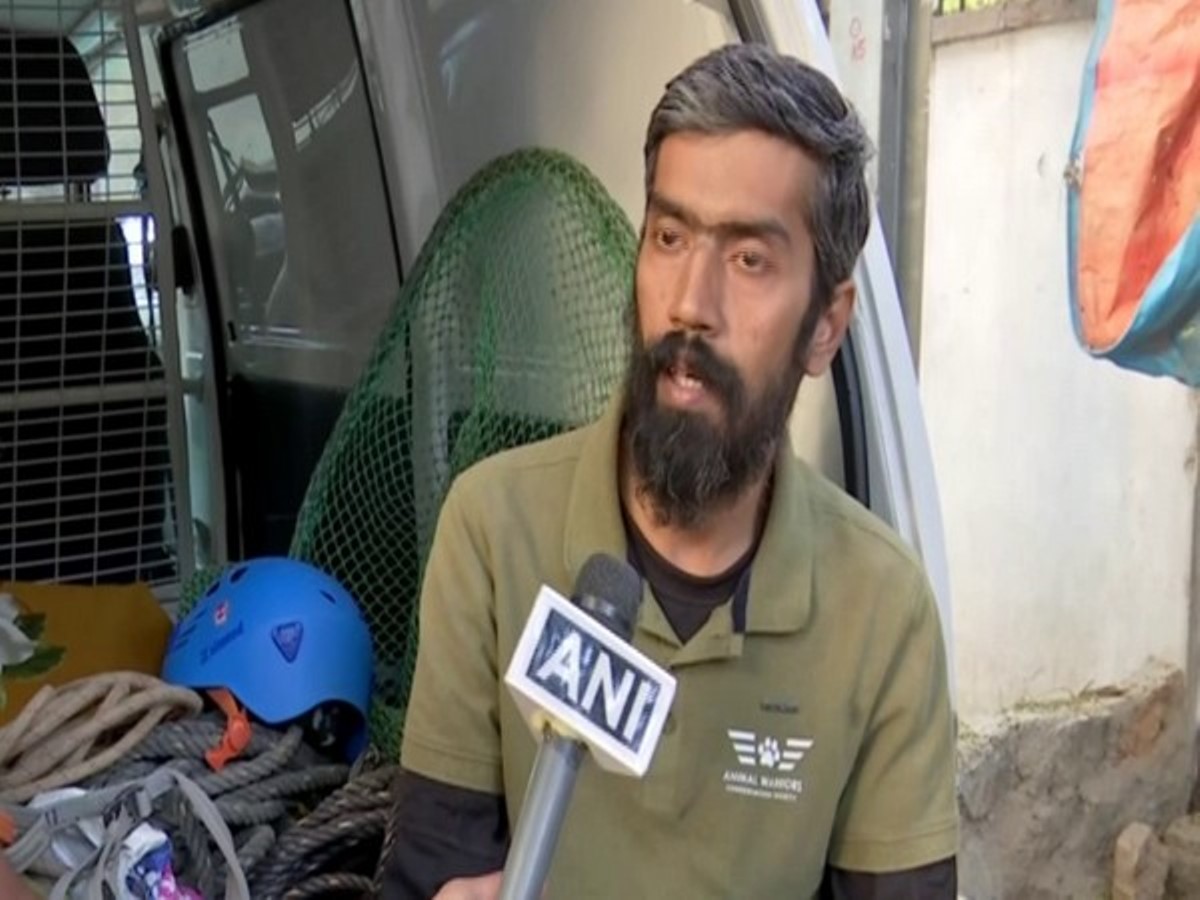 Hyderabad: An NGO has claimed that it has rescued about 70,000 animals so far.

Pradeep Nair, founder and president of Animal Warriors Conservation Society told ANI, “Brought up as an animal lover I was always serving them since childhood. Whenever I see an injured animal I bring them home, treat and release them back.”

Nair said that as he came to Hyderabad after B Tech for a job in IT company as software developer, he simultaneously joined a local NGOs and took part actively in saving animals from distress.

“With years of experience, I trained young volunteers to become animal activists. I found there was no focused group to save animals which are stuck in situations like falling into well or borewells or even trapped between walls. These rescues are termed as tactical rescues. I had rescued more than 70,000 animals so far. They are mostly during floods and other natural disasters,” Nair said.

“With like-minded people, we started Animal Warriors Conservation Society in 2019. With an agenda to rescue animals in distress, nature conservation and spreading awareness about nature and animals we actively undertook activities like lake cleanups etc to provide safe habitat for wildlife. We saved many animals from floods and other natural disasters. We collaborate with forest department in saving wildlife that are injured or has entered into human habitats. Currently, we are working in Asifabad District where a tiger killed two villagers.”

“Our team is spreading awareness among villagers to avoid another conflict. We distributed facemasks and whistles to safeguard villagers. With a goal to build an army of animal rescuers our team is working hard towards the cause. We aimed to achieve our planet safer for humans and animals to coexist,” he said.

A volunteer Anurudh Mohan Sahadeva said, “I have been associated with Animal Warriors conservation society for the past two years. It all started from a flood rescue in 2018 in Kerala. I reached out to a lot of NGO regarding the flood rescues. That’s when I got connected to Animal Warriors Conservation Society and rescued a lot of animals.”

“It is always a happy moment when we save an animal from distress. Most of the people are not aware of their lifestyle which will impact the life surrounding them. We try to bring that awareness in people about the nature around them. We also do a lot of conservation events such as plantation drives, restoring habitats,” Sachdeva said.

Santhoshi, a volunteer at Animal Warriors Conservation Society said, “For 4 years, I use to volunteer with Blue Cross of Hyderabad to rescue injured animals. Later I joined Animal Warriors where I am rescuing animals which are stuck in remote places like well, borewell and birds stuck in Manja (thread).”