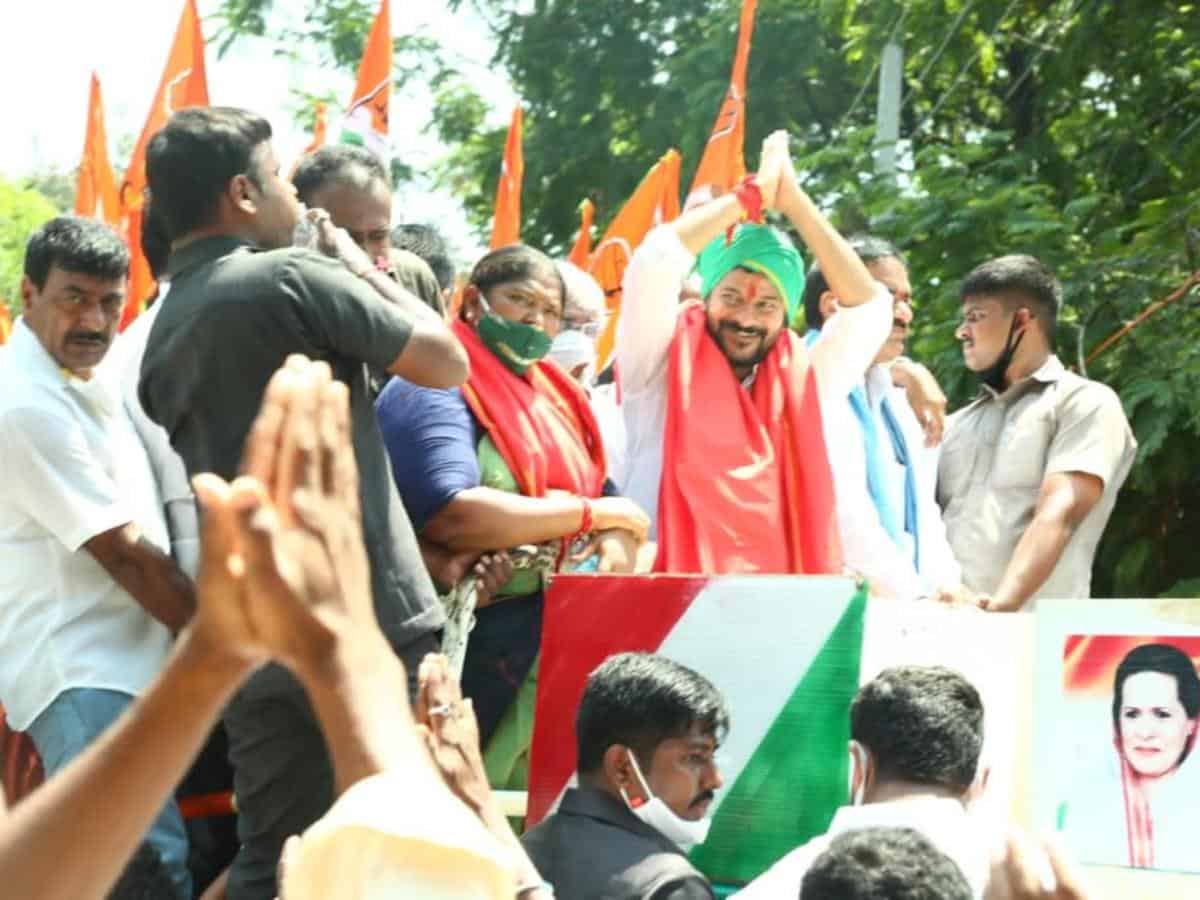 Hyderabad: Revanth Reddy who took charge as the new president of Telangana Pradesh Congress Committee on Wednesday had reached the party office in a huge rally. On his way to the office, Reddy instructed his party workers to mute the loudspeaker and stop the bandwagon music in respect of the Azaan from a nearby mosque in the Vijaynagar colony.

The TPCC chief also instructed them to silently proceed forward till the completion of Azaan.

He gave the instructions after Mohammed Ali Shabbir who was along with him informed him about the Azaan.

After taking the charge, he called upon the leaders and workers to join hands to bring the party to power in 2023.

Addressing a public meeting, he alleged that four crore people of Telangana have “become hostage in the hands of four persons”.

Revanth Reddy said Congress President Sonia Gandhi gave him the responsibility to work to fulfill the aspirations of people of Telangana.