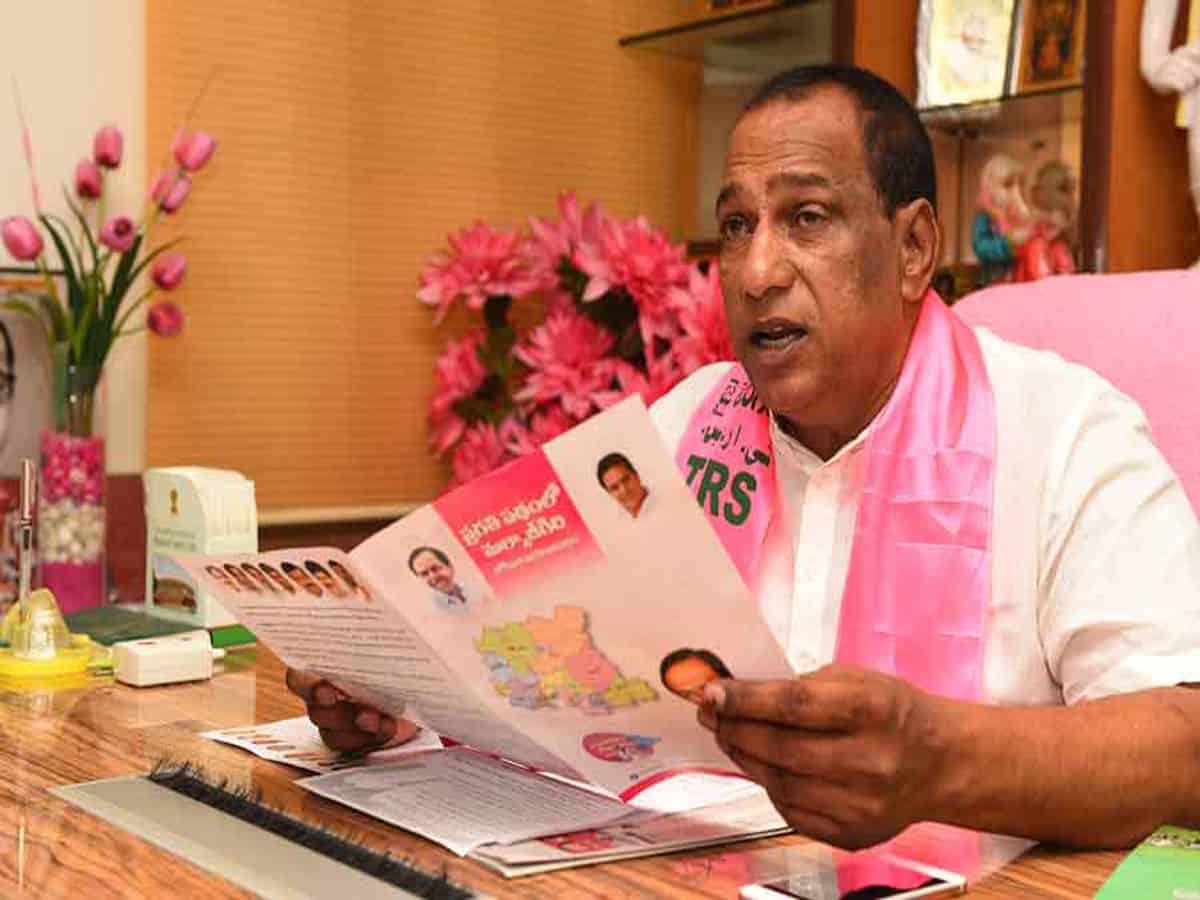 Hyderabad: Minister for Labour Malla Reddy alleged that Telangana Congress Pradesh Committee (TPCC) president Revanth Reddy had hatched a conspiracy of eliminating him and the PCC chief was the main culprit into the attack in which the agitator crowd hurled shows, chappals and chairs at the latter’s convoy at Ghatkesar on Sunday.

Speaking at a press conference at his residence here on Monday, Malla Reddy said Revanth Reddy has been blackmailing him for over eight years and is trying to tarnish his image everywhere.

” Since I have been exposing his misdeeds at each and every occasion, Revanth has hatched a conspiracy against me and is planning to eliminate me. The incident of attack has already been brought to the notice of police higher officials . I hope he will be brought to behind bars soon,” Malla Reddy said.

The Minister alleged that Revanth Reddy had sent over 100 criminal elements to the community meet in the garb of participants with the sole purpose of eliminating him physically.

Malla Reddy was faced a major embarrassment during a Reddy community meeting at Ghatkesar in Medchal district on Sunday evening.

When Malla Reddy started praising the KCR-led Telangana government in a meeting, the crowd, upset by this, created an uproar, forcing the minister to leave the dais. The upset crowd created a furore for some time. As the minister tried to escape in his car, the agitated crowd hurled shoes, chairs and water bottles at the vehicle.