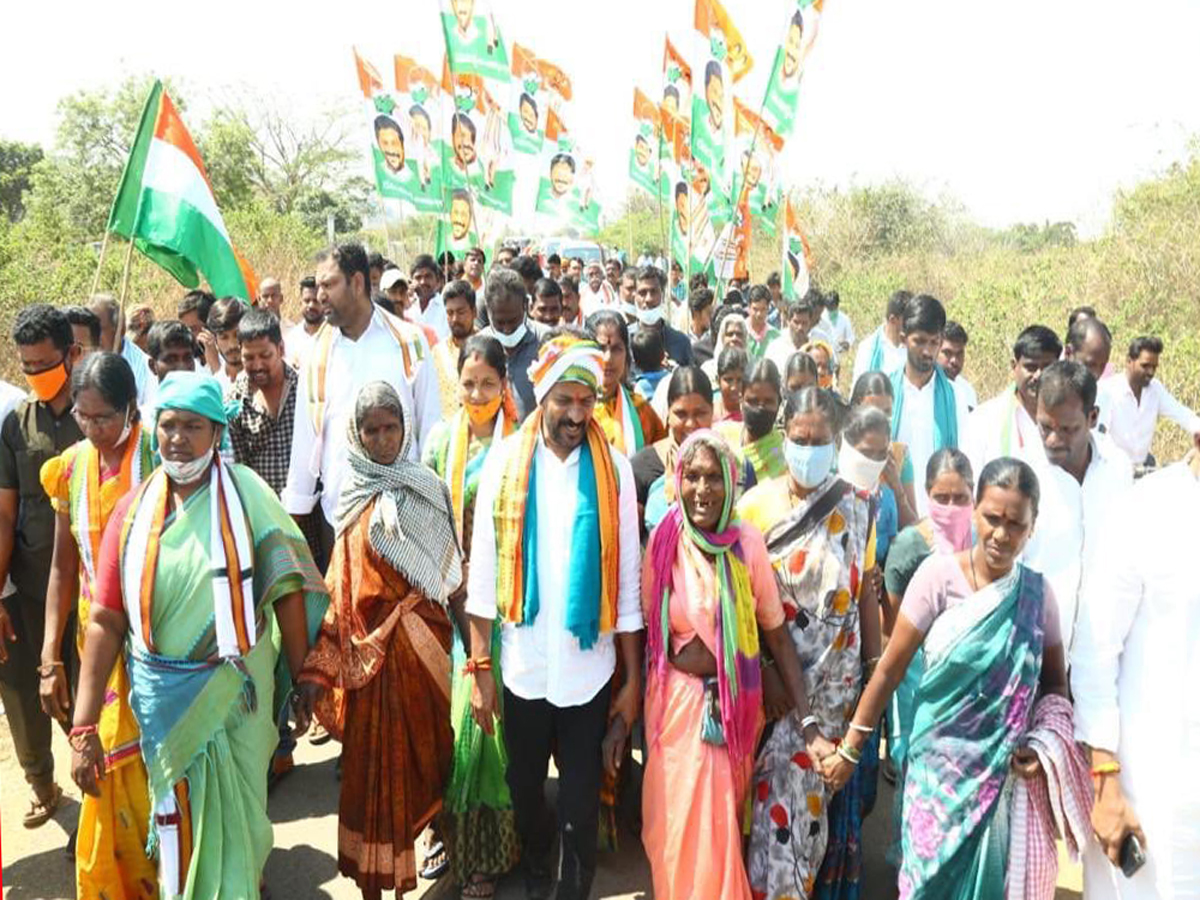 The Member of Parliament from Malkajgiri is holding a 10-day-long padayatra which started from Achampeta in Nagarkurnool district and will culminate at Raviryal in Rangareddy district on February 16.

10-day-long padayatra to culminate on Feb 16

“Farm laws of the central government are against the farmers’ welfare. In protest of that, we are holding this padayatra. They are simply bluffing the nation. There is no guarantee of minimum support price (MSP) in the laws. The entire nation is against the laws. The 10-day-long padayatra will culminate at Raviryal in Rangareddy district on February 16,” Reddy told ANI.

“The Centre should immediately withdraw farm laws. They need to talk to farmers before passing the laws in the future,” he added.

Meanwhile, Congress MP tweeted: “Farmer lives and livelihood are at stake today.. It is time to take a stand and protest against the new farm laws and support our farmers..Thank you everyone for attending in huge numbers in support of #Farmers #JaiJawan_JaiKisan #KisanAndolan #RepealFarmLaws.”

The central government has offered to put the farm laws “on hold” for 12-18 months, an offer rejected by the farmers’ unions protesting against the laws. Several rounds of talks have been held with farmers over their demand for the repeal of three new laws.

Farmers have been protesting on the different borders of the national capital since November 26 against the three newly enacted farm laws: Farmers’ Produce Trade and Commerce (Promotion and Facilitation) Act, 2020; the Farmers Empowerment and Protection) Agreement on Price Assurance and farm Services Act 2020 and the Essential Commodities (Amendment) Act, 2020.